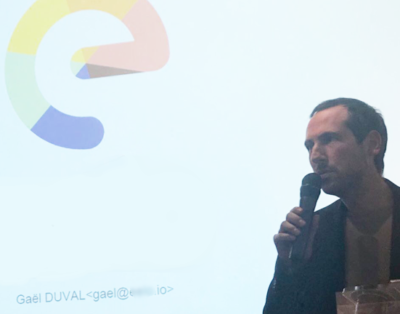 In 1998, I created Mandrake Linux, because I was both a fan of Linux and wasn't happy with Windows. It’s been a long time, and I’m very pleased to have been one of the actors who contributed to make the Linux desktop a credible option.

Since then, the smartphone has emerged. And it’s now a “companion of life” for many of us. But I realized this year that I was using an iPhone, a Mac and Google services more and more. I realized that I had become lazy and that our data privacy had vanished.

Let's build something new! An attractive mobile OS with associated services, in the public interest, with a better respect of user data privacy.

/e/ is an open source, non-profit project, in the public interest. It's supported by /e/ Foundation, a non-profit organization.

Patreon will help /e/ Foundation being to pay developers for the core product, let the project be sustainable over time, make it a game changer and a great success.