Official Patron to the Obsequoi Podcast 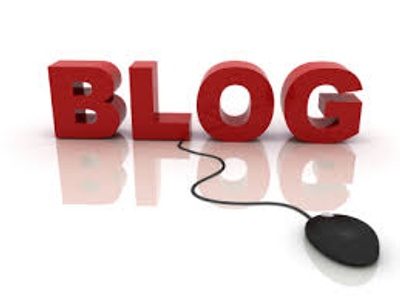 $1.50
per month
Join
A regular recipient of a weekly blog and podcast about the strange world and stories from Obsequoi.

My name is Pieter Egriega.

As Arthur Kadmon, I was involved in the late 1970s and early 1980s with the Manchester Punk and New Wave scene including playing in some influential bands (Ludus - described as Morrisey's favourite band), Manicured Noise, The Distractions, and the Fall...with whom I performed for the grand total of 45 minutes.

After a hemorrhagic stroke in 2013, I lost all use of my right-hand arm and leg.  I was determined that there was still a lot to do in life, so from my hospital bed, using one finger and an iPad, I wrote a book called Snapshots of a Stroke Survivor. It is a series of short stories describing my recovery from this life-changing event.
As a result of this, I was recognised nationally by winning the Stroke Association's Award for Creative Arts in 2014.
In 20I5, I released a CD called The Man who woke up in the Dark.
Following that, I released a relaxation CD called Clouds, music based on watching clouds around the world.
I also created and appeared in various Fringe Arts Festivals, winning the Buxton Fringe best small group music award in 2016 and 2019.

Mr Different
In 2017,  I created a show called Mr Different, a play with a live band and music but no cast apart from the central character.
The show is set in an industrial estate which is effectively the cut-through for party-goers to get from the Flesh Pots and Drinking Dens in one part of the town to their homes in another part.
A small band is busking in the vain hope of collecting small change from the drunks returning from their merrymaking.
In the middle of the road is a bag. Someone emerges from the bag and starts to tell stories and sings, whilst conversing with invisible characters.
The songs that are sung are bawdy, comic, poignant, and particularly moving when you realise what is going on, but then who really understands what's going on?

Last year, I was awarded an Arts Council Grant in order to develop the show. Due to COVID, we are planning to prepare Mr. Different as an online theatrical interactive experience in late September / early October 2020. www.mrdifferent.co.uk

11 Reasons
For Fringe in 2019, I created a photo romance love story 11 Reasons set in Buxton, Derbyshire, accompanied by a cool jazz trio (think Jackie mixed with Miles David circa 1960). I was awarded the small music group at Buxton Fringe and we planned to take it to other festivals in 2020 where the photo love story was tailored to the location, sadly, this was postponed because of COVID.

Xuxu's Revolt
In 2020, I prepared a film Xuxu's Revolt telling the story of forgotten Fado Singer Xuxu Carvalho, which is available to view online. I have written a comprehensive back story of nefarious dealings at the time of Portugal's 1974 Carnation Revolution, which might lend itself to an upgraded Film or a stage play.


Other projects include "A Piano and a Story ran into a Song", which is a duet with pianist Charles Ormrod featuring songs, soundscape poetries, and stories. I have begun developing a project about the effect of Man on Nature, featuring actors dressed as British Domestic animals (a cat, a magpie, etc) discussing the changing nature of their world as a result of human intervention, with music featuring heavy rhythmic drumming inspired by samba music and vocal harmonies. This project is as yet unnamed but has a working title of '5 Seasons'.

Finally, for 2021 Fringe Festivals, I plan to create a series of monologues innocently and unknowingly narrating a tragedy sometimes comically complete with character-defining musical segments.

Voodoo and the Bar Code Zombies
As a music sideline, I also release various rock songs under the name Voodoo and the Bar Code Zombies. This is a rock guitar and a thumping drum beat... I imagine that in the darkest places of the British urban landscape there is a character called Voodoo Gary, who flirts with Voodoo iconography and Haitian Black Magic because he is dispossessed in 21st Century UK and imagines he can exert some sort of control through dark arts.

Summary
My basic premise is that music needs context to find an audience. That context is often the attractiveness of the lead singer but can be music genres, Americana, Jazz, Blues, Heavy Rock, etc. The context in the post-Bowie world is usually created by image, but it is my contention that there is a possibility to use theatrical or cinematic art forms to create the context.

Lots of fellow musician friends and artist friends have urged me to join Patreon so that I should be pushing my creative ideas out to a wider audience. I confess I am happy with my life at the moment funding my creative projects myself, albeit sparsely, but having a wider audience will undoubtedly increase the size of my ambitions.  I anticipate posting a regular weekly blog and one or two recordings a month. Those recordings might be from some of the stage shows I have outlined above, or from Voodoo and the Bar Code Zombies or a Piano and a Story ran into a Song or just ad hoc songs I have been writing. I warrant that there will be something for all tastes once a month.


If you feel able to support these creative adventures, thank you and I shall ensure that you will get preferential material