Margaret Trauth is creating content you must be 18+ to view. Are you 18 years of age or older?

is creating sci-fi and fantasy comics 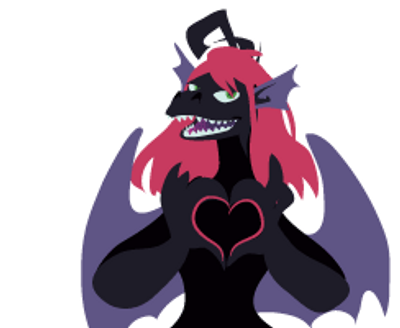 $1
per page
Join
You get to see comics pages when I finish them, and access to the secret full-chapter WIP pages on my site! Plus the occasional high-res copy of sprawling landscapes, or and Illustrator source file. Also your name in the back of books I print.

Also: free PDFs of every comic! And the happy sensation of supporting an independent artist. 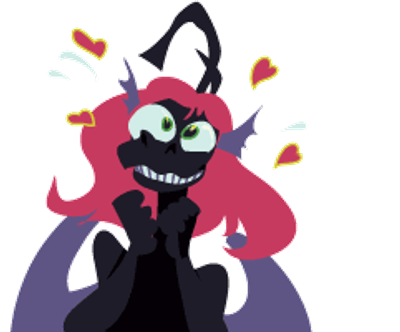 $5
per page
Join
Nothing anyone else isn't getting, besides up to forty bucks leaving your wallet for mine at the end of an especially productive month. 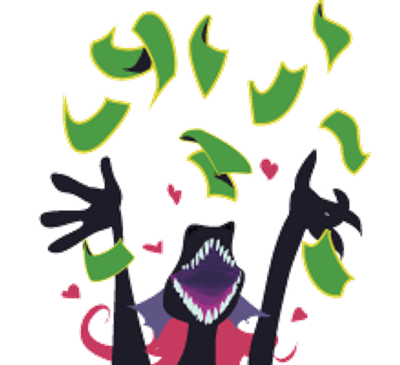 $10
per page
Join
The same thing the $5 patrons are getting, except with double the amount of money changing hands.

Hi! I'm Margaret Trauth, and I put comics on the internet for free.

Right now I'm making Parallax, a sci-fi comic about two sides of a conflict nobody wanted to happen. I'm also intermittently working on The Drowning City, an urban fantasy about a girl slowly turning into a monster while elves invade New Orleans, and Five Glasses Of Absinthe [NSFW], a prog-rock fantasy about sexy people making very bad decisions.

I've recently finished Decrypting Rita, a comic about a robot lady who's dragged outside of reality by her ex-boyfriend. She's got to pull herself together before a hive mind can take over the planet.

If you like these things and would like to support me making more comics with your wallet, then read on!

WHAT YOU GET FOR YOUR MONEY.

I'll post fragments of work-in-progress to Patreon now and then, and I'll be tossing up full pages the moment I finish them rather than you having to wait for big chunks to be finished. Occasionally there will be extras like a desktop-sized copy of a really detailed panel, early unglitched peeks at deliberately-corrupted pages, and so on.

You'll also get all the electronic versions of my books as they become available. Some or all Patreon supporters will probably get mentioned in the back of the next book along with the big Kickstarter backers, I'll figure out the threshold for that later on.

You won't get any side stories or other extras made just for you. Creating comics takes a lot of time, and I don't want to delay finishing them any more than I have to - there's a thing I want to say with each story, and then I want to move on to something new.

As of 2021 I have also started posting occasional standalone art to Patreon. It's still mostly about comics but as my comics projects get more ambitious, sometimes I just wanna kick back and draw something that only needs one image instead of a few thousand.

HOW MUCH IS THIS GONNA COST?

Well, that's up to you. You can choose how much you give me per page - from a few cents to thousands of dollars - and at the end of the month you'll be charged based on how many pages I finished.

My official update schedule for Rita was "aim for two pages a week, don't stress if life gets in the way". I'm hoping for a similar schedule with Parallax. On good months I get around 8-10 pages done; on months full of cons or really complicated pages I finish... less. If you decide to become a patron of my work, you'll be paying a variable amount per month based on how many pages I managed to draw. You can set a maximum amount of money per month as well, in the unlikely event of me getting super productive. And if I don't draw any comics in a month, I'll get zilcho from you.

I'm currently charging separately for the top and bottom halves of most Drowning City pages, as they're huge - I'm drawing it to fit on A3 paper, and planning to release it as an A4 book you read sideways. I spend about the same time on half of one of those as I do on a full page of Rita or Absinthe.

I'm Margaret Trauth. I'm a fortysomething transwoman. Born in New Orleans in the early 70s, went to Los Angeles for animation school, spent a decade hanging around the periphery of Spümcø, burnt out and moved back home three days before Katrina. Nowadays I live in Seattle, where I get regular cuddles from my ex-with-benefits. My hair hasn't been its natural color since 2003; I have UV-reactive dragon wings tattooed on the backs of my arms, and I'm pretty much incapable of staying sane in anything resembling a "real" job.

I make comics that reflect who I am and the people I know and love.


WHAT WILL I DO WITH THIS MONEY?

Well, right now, I inherited enough to not have to work for several years if I live sensibly, which is allowing me to dedicate all my time to resolutely personal projects. I've been incredibly lucky. So I won't be able to say "I'll quit working for The Man and treat comics like a full-time job" because I kinda already do. But I'd like to keep on doing this kind of thing long after that money runs out. I'd also like to start building the support staff I need to not worry about anything besides drawing the next page of whatever I'm working on at the moment. Shipping print books, trying to figure out how to promote my work, buying ads, sending out review copies, trying to get my stuff into comic shops, getting it into e-reader formats, all of these take time away from making the comics.

I'll also probably blow some of your money on books and games now and then. Gotta feed my mind some new ideas to turn into the next comic, after all.

If you like my work but can't even spare a few cents a month, that's cool too. You can still read it online for free without guilt. It'd be nice if you'd tell your friends about it, blog about it, post about it on social media, nominate it for awards, or otherwise give it a little free publicity - word of mouth is worth a lot now that everyone is drowning in cheap entertainment.

If you've read this far, let me close with links to my work. Thanks for your time!

Decrypting Rita - sf, complete.
Parallax - sf, in progress.
Soror Fututum's Yiffy Guide To The Golden Dawn - a beginner's guide to magic
Five Glasses of Absinthe [NSFW] - sexy prog rock furry fantasy, on the back burner.
The Drowning City - dark urban fantasy, on the back burner.
The Tarot of the Silicon Dawn - not a comic. 99 cards, hidden imagery, fully equipped to give you the finger.
My web site - contains all of the above, and more.