$1
per month
Join
Thank you for being my patron!  You've got my undying thanks.  We had it bitten by a vampire and everything.  PLUS: you'll get access to the super-secret Facebook group!

$5
per month
Join
Want access to what I've written?  This is your tier.  Words, words, and more words.  Even better: you don't have to write 'em yourself!  Phew!  PLUS: you'll get access to the super-secret Facebook group!

Sing Me a Song

$10
per month
Join
Lend me an ear!  You're here to hear, and I've got you covered.  PLUS: you'll get access to all the writing, the super-secret Facebook group, AND early access to Hamlet to Hamilton episodes!

About Emily C. A. Snyder

Hello, friends!  It's delightful to have you here.  This is the Patreon for Emily C. A. Snyder, whom you may know as the Artistic Director/Founder of TURN TO FLESH PRODUCTIONS which develops new plays in heightened text with vibrant roles for womxn and those underrepresented in classical art.

Why is this important?  Because, as much as I love the Bard (and I do), there are so many more stories still left to tell.

I'm excited to be working on the podcast, Hamlet to Hamilton: Exploring Verse Drama. Take a look at the rewards, as I'll be changing them slightly so that you can get early access to episodes as they drop.  We'll be talking musicals, we'll be talking verse drama, we'll be bringing on guest artists, we'll be hearing Emily iamb some pentameters.

What else does has this channel created?

Thus far, this Patreon has supported the creation of many plays, articles, and even song.  Including the following plays, which have been written and workshopped since 2017: 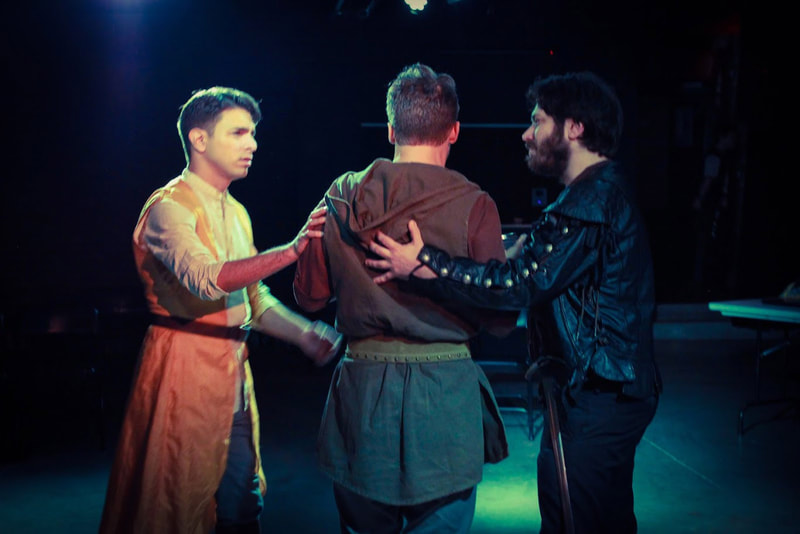