I want to take you to other worlds and pull you into the hidden nooks of this one.
I want to you on journeys through the minds of heroic, flawed, real people.
I want to make you cry, laugh, and rage.

I want to give you an escape.

I've been writing since I was four years old, and eight years ago I became a published author. I have written across multiple genres and formats, and even won some awards. I've been narrating audiobooks for the last seven years, and podcasting since 2013.

I am a storyteller, with many more stories yet to tell and worlds yet to explore. I want to make my stories available for as many people as possible – times are tough and goodness knows we all need stories to keep us nourished - so I will never put them behind a paywall. But to do this, I still need support. 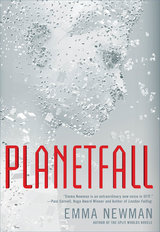 Science fiction has always been political and my work continues that venerable tradition. Planetfall, the first in the series, is set on a distant planet and follows Ren, a brilliant 3D printer engineer who is vital to her community and is living with a severe mental illness. The New York Times described it as “cathartic and transcendent” and the Washington Post said it was an “exceptionally engaging… vivid, riveting read.” I describe it as a pretty good start to exploring the Planetfall universe.

After Atlas, the second novel in the series, was shortlisted for the Arthur C. Clarke Award. Its starred review in Publisher’s Weekly said; “Newman writes with exquisite precision of grief, divided loyalties, the struggle for self-actualisation… gripping and sorrowful.” It follows a police detective, who is also an indentured slave, as he investigates the murder of a cult leader. It explores a dystopian future driven by corporations and greed that reflects on where our current world could lead us.

The third novel, Before Mars, is a psychological thriller featuring a protagonist suffering from post-natal depression while on Mars, while struggling with suspicious colleagues and an uncertain sense of reality. An LA Times review described it as “A psychological thriller wearing the cloak of a gripping sci-fi story… delivered in excellently page-turning fashion.” It has been shortlisted for the BSFA Best Novel award. 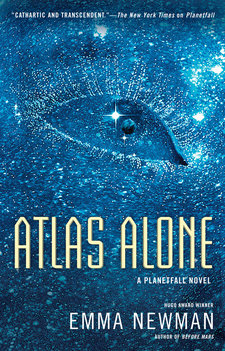 The fourth novel, Atlas Alone (published in April 2019), examines themes of revenge, humanity and the psychological impact of trauma, in the confines of an interstellar spaceship. It has also received a starred review from Publisher’s Weekly saying; "This winning combination of intriguing mystery and inventive SF richly rewards Newman’s longtime readers and will lure others to the series." Booklist’s review has said; "Atlas Alone is a wonderful addition to the Planetfall universe, and it also stands alone as a novel about protecting humanity and ourselves."

The Planetfall universe has so many stories still to tell, and I want to share them with you!

Over the past eight years I’ve written a large number of short stories and given them to my newsletter subscribers for free. I am continuing this tradition with new tales set in the Planetfall universe, based on prompts and inspiration from my fans. Subscribe to my newsletter at http://www.enewman.co.uk/subscribe-to-newsletter, and you could plant the seed for one of my stories!

You don’t have to be a Patreon supporter to receive them, but patrons do get access to the stories written so far (newsletter subscribers only get the stories sent out from when they first subscribe). Your support here will help them to keep coming - covering costs for the mailing list service, and tea supplies to fuel my writing.

Ultimately I’d like to gather the stories up into a collection, and patrons will get a copy of the ebook when that happens, and be thanked in the acknowledgements.

Urban fantasy has always invited us to look at the mundane world around us with fresh eyes, seeing magic in the everyday places around us. My Split Worlds series follows that tradition, featuring fae, mad sorcerers, and feminism. The first novel in the series, Between Two Thorns, was shortlisted for the British Fantasy Society Best Novel Award. The five novel series is complete and available in ebook, paperback and audio formats.

I have written fifty-five stories set in the Split Worlds universe and I am going to collect these into an ebook that I will self-publish.

All my patrons will get a copy of this e-book when it is released and will be thanked in the acknowledgements. 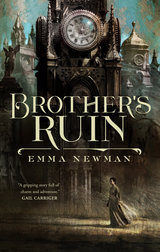 My Industrial Magic series features a world where the industrial revolution is powered by the magic of the powerful Royal Society of Esoteric Arts. The first two novellas were published by Tor.com, where we began following the journey of one powerful, idealistic, rogue magi’s attempts to root out corruption - while maintaining the secrecy required to retain her freedom. She has much more ahead of her that remains untold, so far.

I intend to self-publish the rest of the series and independently produce audiobooks of each one. I will keep writing them until the story is done, and your support will help that to happen.

In fact, support from my patrons this year has enabled me to release the first audiobook, for Brother's Ruin, already! https://www.audible.com/pd/Brothers-Ruin-Audiobook...

Just as with my Split Worlds stories, all my patrons will get a copy of these e-books when they are released, and will also be thanked by name in the acknowledgements.

I’ve had multiple short stories and novelettes published; including a modern day detective tale of Frankenstein's legacy, explorations of gender expectations in middle-class Britain; and a re-imagined Sherlock Holmes in a world of gene-editing and cybernetics. My short story ‘A Woman’s Place’ won the British Fantasy Society ‘Best Short Story Award 2015’.

I became a writer for the Wild Cards universe in 2018’s “Knaves Over Queens” – edited by the delightful minds of George R.R. Martin and Melinda M. Snodgrass. 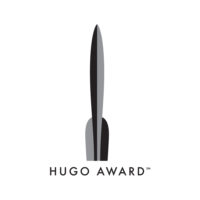 I am a professional audiobook narrator and have narrated over thirty novels in a wide variety of genres, from science-fiction to historical romance. My narration of ‘Before Mars’ was selected as one of Audible’s top 100 audiobooks of 2018.I co-wrote, presented and produced the Hugo Best Fancast award winning Tea and Jeopardy podcast, which included over seventy full-length episodes and dozens of mini advent calendar episodes over the four or so years that it ran.

I want to ensure the archive of Tea and Jeopardy podcasts remains available at www.teaandjeopardy.com, for everyone to enjoy. Servers are hungry and need regular feeding, so I’m told. But they won’t accept stories, only money.

This year I will also launch a YouTube channel featuring… well, you’ll see! I can’t go revealing all my plans just yet, can I? Your support will help me to ensure high video and sound quality, as well as covering other production costs.

I have recently started painting, which has been an unexpected success! Thanks to support from my patrons I have now exhibited at Eastercon and Worldcon 2019 and have more exhibitions planned in the future!

I want to keep making art! I’ll be sharing my work on my  Instagram for everyone to enjoy, and figuring out the best way to make it available for sale.

Turns out art supplies are expensive. I’m almost spending as much on them as I am on tea, now.... Your support will help me to grow this new avenue of expression for me, by paying for the paints and canvases. I hope that it will mean you get as much enjoyment from my paintings as I get from making them!


Why do I need your support?

These projects are all on top of my traditional publishing career and audio book narration work - because I simply can’t survive without sharing my stories as far and wide as I can. I need to supplement my usual diet of tea and biscuits with your tears of joy and sorrow!

I need help with paying the costs for all these projects - hosting fees, production costs, cover art commissions, studio time and suchlike.

So if you can lend your support to help keep stories flowing then I would be so grateful, and you would be a bless poppet!


What perks do Patrons get?

As you can see, I’ve opted for a ‘pledge whatever you choose’ option, rather than tiers and rewards. This is because I want to make sure my work is available to everyone, even fans who cannot afford to become patrons. But those who can support me won’t go un-thanked, of course!

All patrons get immediate access to all of the Planetfall short stories that have been released so far.

All patrons will get a copy of my self-published e-books (the Split Worlds short story collection and the future Industrial Magic novellas) when they are released.

Patrons will also be thanked by name in the acknowledgements of my books, and in the credits for my Youtube videos when the channel is launched.

I will also make sure that all patrons are informed of when a newsletter is about to go out (just in case you haven’t subscribed yet), and that the short stories are sent to you via Patreon updates as well as my newsletter.