$1
per month
Join
This tier is for those of you who want to financially support us but can't commit to the higher tiers. We love our fans and are always looking for them to get more involved.

Help Keep The Lights On

$5
per month
Join
One tier to rule them all! You will receive...
...our bonus episodes early (Once COVID Restrictions Lift)
...our first 61 episodes, first Holiday Annual, and first three specials, including our first interview with Marc Guggenheim
...the ability to call in with your thoughts on any topic we discuss
...the entire season of Mythellaneous


And more to be added at a later date! 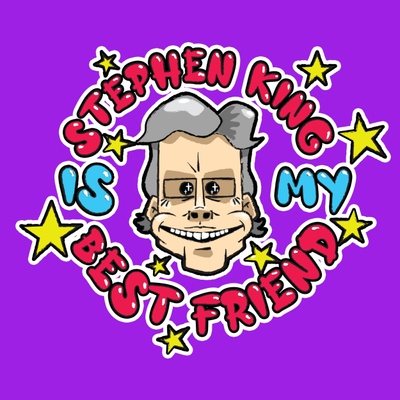 $10
per month
Join
With monthly support of this tier, you will receive a new shirt every three months. Each shirt is specifically designed for Patrons and will not be available anywhere else. Once these shirts are gone, they will never been seen again!
This quarter we are giving you a shirt designed by the great Mike Matola! Now, like Ben Magnet, you can proudly proclaim being Stephen Kings best friend!
You will also receive everything from the tier below

Welcome to the Fake Nerd family of podcasts! The Fake Nerd Podcast started in 2016 and has continued to grow ever since. The show covers all of pop culture, with news, interviews, reviews and a fun book club segment to cap off every show.

By supporting the Fake Nerd Podcast patreon, you'll also be supporting it's spin-off shows:
- Mythellaneous, an audio myth based show where Sparkz and Brandon give a report on a segment of Mythology.
- Fake Nerds Watch, a primarily video show, where the crew break down a currently airing TV show episode by episode
- Basement Arcade, a video show where the crew play through a video game with commentary
- Basement Arcade: Pause Menu, a video & audio show, where Ben and guests talk about Video Game culture
- Fake Nerd Book Club, a video & audio show where the gang go through a comic book series one volume at a time
- Conver-Station, a audio only show where Brandon T. McClure talks with another podcast or youtuber about their experience in fandom and explores their thoughts on fandom culture
- Animation Station, a video show by Sparkz Witty that breaks down animation through discussions or video essays

As you can see, we are bold and love to create content. We believe there is something on our channel for everyone!