Fasder is creating content you must be 18+ to view. Are you 18 years of age or older?

-Access to a patron only art channel on Discord.

-Gain access to the previous version of the build, this version is one release behind the $10 tier.

-Access to the game right as it is released.

Charge up front has been enabled!

I'm really glad you decided to stop by my page! I've been doing game development since the fall of 2017.
I've always enjoyed a good story in any shape or form, I've written (and read) quite a bit and I have a rather active imagination.
What really drew me to make a game of this kind was that there wasn't a whole lot like them at the time. Most were focused on the adult part of it rather than story, which isn't what I'm about.
While sex and nudity is fun, it also has to be used in a supporting way rather than a foundation, otherwise we get the cheesy porno plots which we all know aren't the best.
What I want to do is build something different, something I'd like to see made, something that cares about the story and the adult content.

If you like what I do and want to support me going forward you have my deepest gratitude.

About Down the Road:

This game features a number of characters who gets pulled together through a bit of a mystery down the road, well that and kinky sex...

Our main character, Eli (left in image) (name can be changed if you so please), has a bit of a rough past where injustice and misfortune lingers, despite all he dislikes about his life he's still holding down a job, he's got a place to live and a good, albeit somewhat enigmatic friend, called Steve (not right in image, that is Alyx)

Alyx,
one of the main characters of the game.
A mid-twenties woman modelling full time, and a near lifelong habit of scribbling words and aspirations to explore this craft further, will she find something... noteworthy?

In a moment of alcohol and drug infused honesty, they will all be pulled together to what will ultimately unravel this tale, only together can they face what is to come.

The game features a full story mode, where you will occasionally be prompted to explore a sandbox, which is entirely optional.
In the sandbox mode you can find bonus images, mini games and small scenes, while entertaining, won't be necessary to do.

Down the road will feature animations with high frame rate and artwork that has been polish and improved upon since my start in game development.
The artwork is heavily modified in one way or another, some more than others. It also features sound effects, music and ambient sound throughout the story.

These are however not the only characters that you will meet, Kitty being one of them:

Latest version of Down the Road $10 supporters: 0.1.0c for Windows, Linux, Mac and Android

About Making a Mark:

Making a Mark aka Life is about Mark, a young man who studies computer science and struggles to fit into a world of unlikely relationships, romance and technology.
Interact and build your relationship with various characters to unfold his story, one piece at a time. 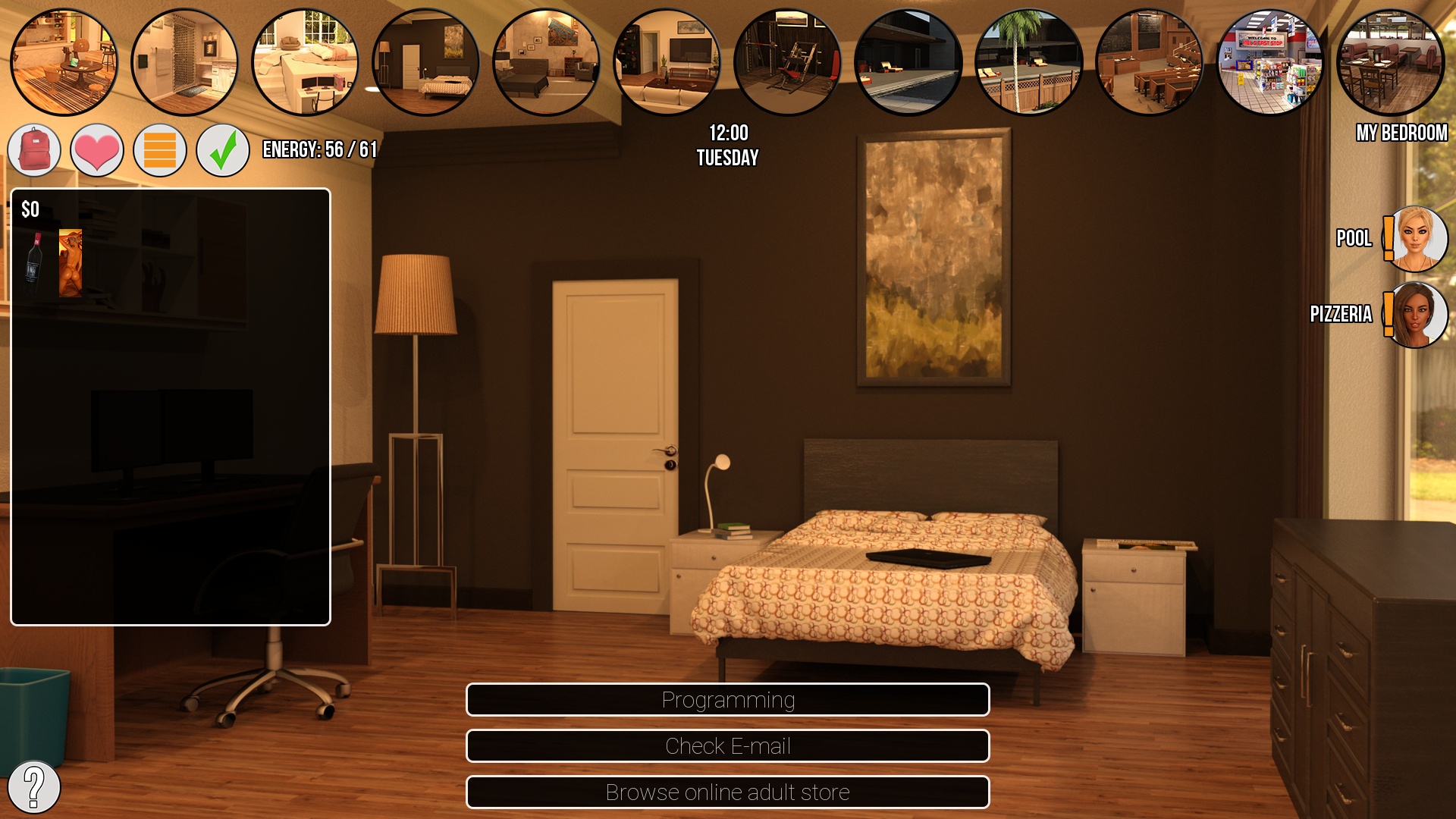 This is the UI at the time I'm writing this, it has seen several different iterations and may change again without me remembering to update this image.


Note!If you are having issues with extracting the game, use 7-zip, it's a free opensource file archiver.