$3
per month
Join
$3 or more per month
My undying gratitude, plus access to Patreon-only feed of news and updates

$5
per month
Join
Exclusive fiction
$5 or more per month
Exclusive access to at least one 3k+ short story, Poetry, WIP chapter, or free read from me month. Some of this work will be exclusive to Patreons only! 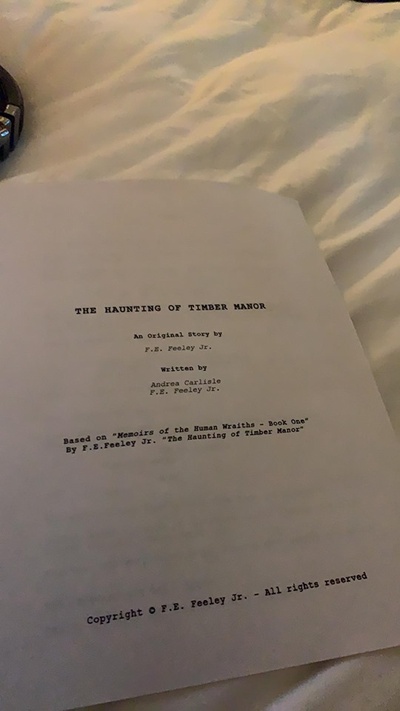 Andrea Carlile and I have written a script for my novel The Haunting of Timber Manor and are going to be submitting it to film festivals across the country. The thing is, these submissions cost money and as starving artists, we're looking for help in this process.
Since the story of Timber Manor is so intricate, we decided that it would be best if it was made into a series, instead of a standalone feature film.  With that in mind, we've already written the pilot episode.
But we're not stopping there, should the pilot win any awards, we will be sending into major networks such as HBO, Showtime, Netflix, and Amazon for consideration.
We would appreciate any and all help.

Welcome to my page. I am creating books, novels, and scripts for film. I am currently working with my friend Andrea Carlile, on a script for television for my novel, The Haunting of Timber Manor, to submit to film festivals.

$0 of $200 per month
I am raising money to enter the pilot episode of The Haunting of Timber Manor written by my friend Andrea Carlile and myself, into film festivals.
We're hoping to get this script in front of executives at HBO, Showtime, Hulu, Netflix, Amazon, etc. to one day be made into an actual television show.
Wish us luck!