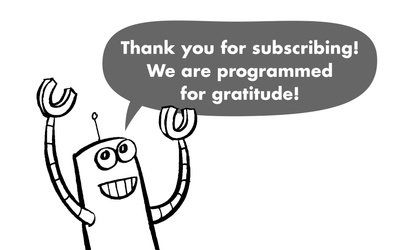 + Patreon exclusive strip created by me each month sent by email. 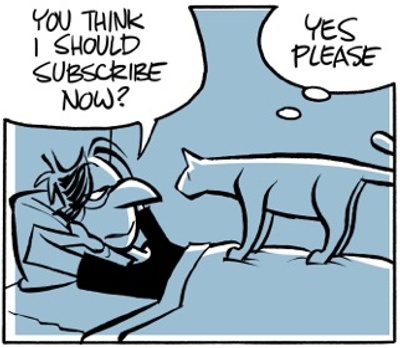 $5
per month
Join
For $5 per month, you will be subscribed to the fast tracked Fisher archive subscription where you will get 6 strips each day, 6 days a week, in your email box starting from the 1st strip that appeared in 1992!

+ The e-book version of “When Tom Met Alison”

+ The Patreon exclusive strip created by me each month sent by email.
+ Bixby's gratitude via a personalised email to you

Signed copy of my book When Tom met Alison 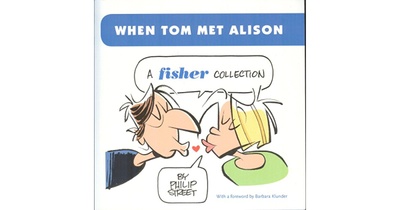 $10
per month
Join
For $10 per month, you will receive a signed copy of my book, When Tom met Alison (Paperback)

+ The e-book version of “When Tom Met Alison”

+ The Patreon exclusive strip created by me each month sent by email.
+ Bixby's gratitude via a personalised email to you

My name is Philip Street, and I’m a cartoonist living in Toronto. From 1992 to 2012, I wrote and drew more than six thousand “Fisher” comic strips for The Globe and Mail. The Globe paid me for first-publication rights, but they gave me something more valuable: an audience, and a weekly deadline. It’s no exaggeration to say that the deadline — and my determination to meet it over a thousand times in a row — brought the strips into being. The thought that it was being seen by hundreds of thousands of readers every day didn’t hurt either.

When the Globe dropped “Fisher” in 2012, I lost my bearings for a while; the strip had been part of my weekly routine for so long that it felt like part of me. Many supportive emails let me know that others were affected too by the demise of the strip. From 2013 to 2015 I drew a few hundred more strips for my blog, Idiot Mittens. But lacking the reach of Canada’s national newspaper, the website felt more and more to me like a vanity project, and my interest waned. I wanted to reach an audience, but I didn’t know if anyone was out there.

And that brings me to Patreon.

With the help of the folks at EncycloMedia, I am relaunching fishercomic.com with a number of features that I hope will appeal to “Fisher” fans old and new — including a free email subscription to the entire run of “Fisher”, starting from day one. It’s also my hope that, through Patreon, you will support me in bringing new life to the “Fisher” strip. If Tom Fisher and company find an audience again, I would be happy to start writing and drawing new strips, and Patreon subscribers would see them first.

So please take a look at the reward levels and goals, and do subscribe if you are moved to do so.

In any case, I hope you enjoy what is on offer at fishercomic.com.