$1
per month
Join
Thanks a lot for your support! You will have access to progress builds of the game, the 'Supporter' role on the Discord server that gives you access to extra channels, along with your name (or pseudonym) on the game's credits!
Includes Discord benefits

The Scale army has occupied the Duchy of Carroten. Many of it's people have been taken hostage, including the Duke's daughter Hop. You are a mercenary sworn to turning the desperate situation around. They are many, and they are strong. You are but one. 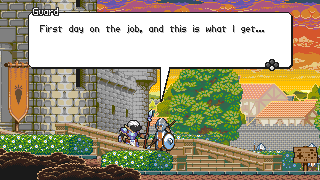 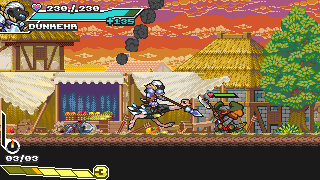 This is an action platformer featuring deep combat that will test your reflexes and usage of a wide moveset, explorable levels with secret areas to find, visuals reminiscent of the 16-bit era... and rideable ostriches. Because yes.

You can also pit yourself against either another player or a CPU opponent in Dueling! Play as either Dunkehr or as one of the campaign's bosses in a fast-paced, deep yet accessible fighting game mode!

Want to keep track of development? Got feedback to give? Check the buttons below!

Can't become a patron for whatever reason but would still like to donate? Toss a wad at Dunkehr through Paypal below! Or You can use Itch.io linked above! 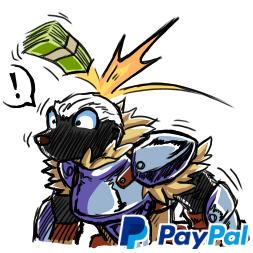 But by all means, before making up your mind on supporting (or even following)  check the playable demo below (v0.7.2), featuring the campaign's intro stage and Duel Mode with 2 characters, with versions for both Windows and Ubuntu (other x64 Linux distros MAY work)! Said demo is also available on the Itch.io link above, if you'd prefer!

As a patron, you will have access to newer progress builds (and some older ones too), with more content and features as I add those in. Also bug fixes... I also have those to deal with. It's really fun, guys, I swear! 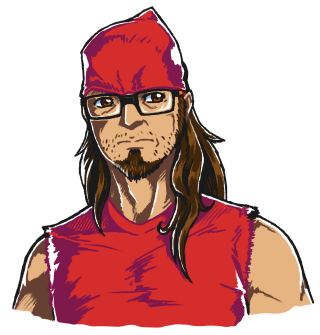 Solo developer, here! Name's Fábio Fontes, and I am a full-time illustrator. You can see my work on games like Pixel Tactics, Millennium Blades, Exceed: Shovel Knight, among others.

I started working on this as a bit of a design and programming exercise, mostly just goofing off. But things eventually started to look decent, so... here we are!

Publishers can hamper one's creative freedom in ways I'm not comfortable with for this project, and if I am to hold myself accountable to someone, might as well be with those who will actually wanna play this. While I intend to plow through with this one way or another, financial help can go a long way on getting this done quicker. Keeping them lights up, and whatnot.

If you've read all the way here, played the demo and enjoyed it, dropping a buck and/or sharing the project around will go a long way, and will be quite appreciated! And again, if you got some feedback to give, click that Discord link up there and speak up!