FunkPunkGames is creating content you must be 18+ to view. Are you 18 years of age or older?

$2
per month
Join
Supporting the game at this tier will give you :

- My Gratitude.
- Access to Patreon only feed and updates.

Thanks for your Support!
Includes Discord benefits

$5
per month
Join
Supporting the game at this tier will give you :

- All of the above
- Access to the most recent version of the game after 14 days from official release.
- Access to additional and more in-depth development uptates.
- Access to Polls and Surveyes
- Your name will be added in the Credits List.

Thanks for your Support!
Includes Discord benefits

$10
per month
Join
Supporting the game at this tier will give you :

- All of the above
- Access to the most recent version of the game on official release.
- Access to exclusive Polls to decide priorities of development.

Thanks for your Support!

The release process is officially on pause from August to October. It will resume on November. The billing process is also on pause but new patrons will be charged on their first access, be warned. You can read more here.

Here are the links of the last public release, version 0.04a :
PC/LINUX
MAC 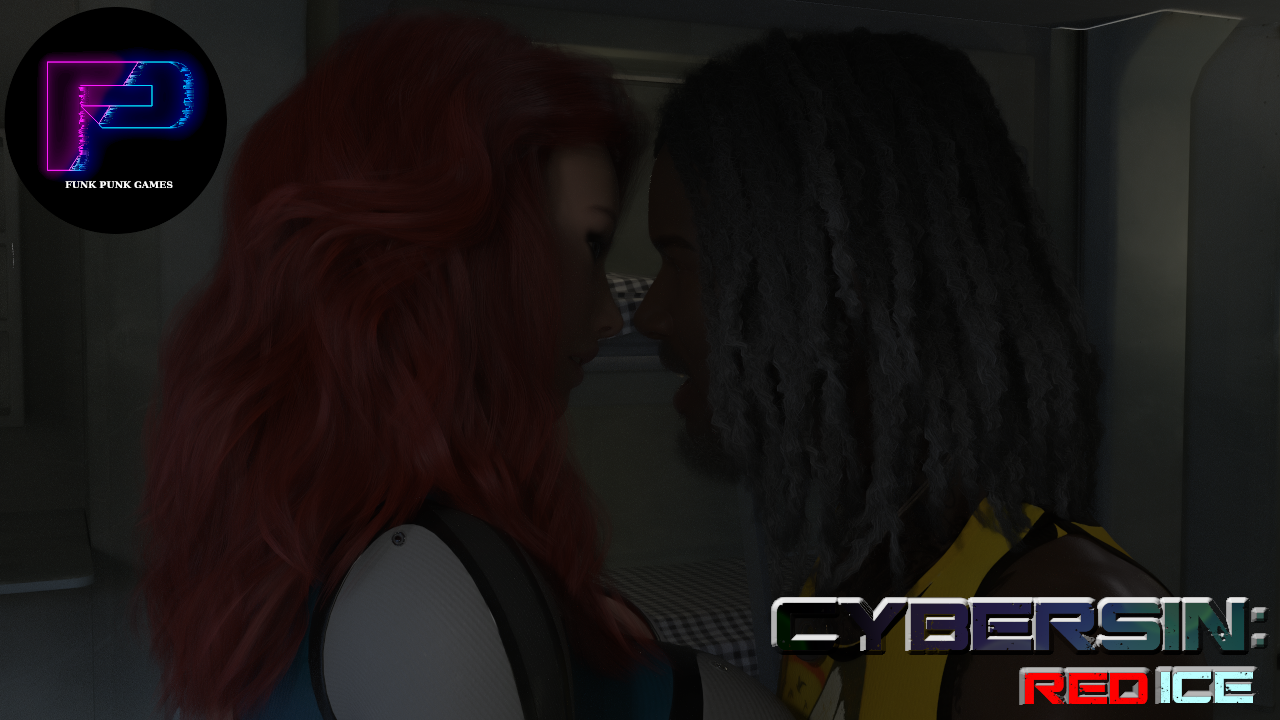 v.0.04a April 2021
Changelog from version 0.03a to 0.04a
*Bugfixes*
- Fixed a bug in the shower scene.
- Fixed Tony's CODEX
- Fixed gallery scenes that were missing sound effects.
- Added a missing hidden variable to the shower scene.
- Made some adjustments to the story prologue (thanks for the feedback).
- Fixed some typos.
- Ambrosia pass cost changed from 5000 to 2500 credits.
- Fixed a bug that prevented getting the right amount of credits when Izy was selling his "cameras". If already sold, you will be granted the missing credits (via the patch system - Patch02).
- If you have decided to use Izy cameras for security, they will no longer be available for sale in Isaiah's store.
- Fixed some mismatched sprites.
- Added more chances to earn Reputation points. If you have already passed those moments, you will gain Reputation automatically (via the patch system - Patch02).
- Fixed a bug in Isaiah's dialogue that allowed the purchase of various things without having the necessary Credits. 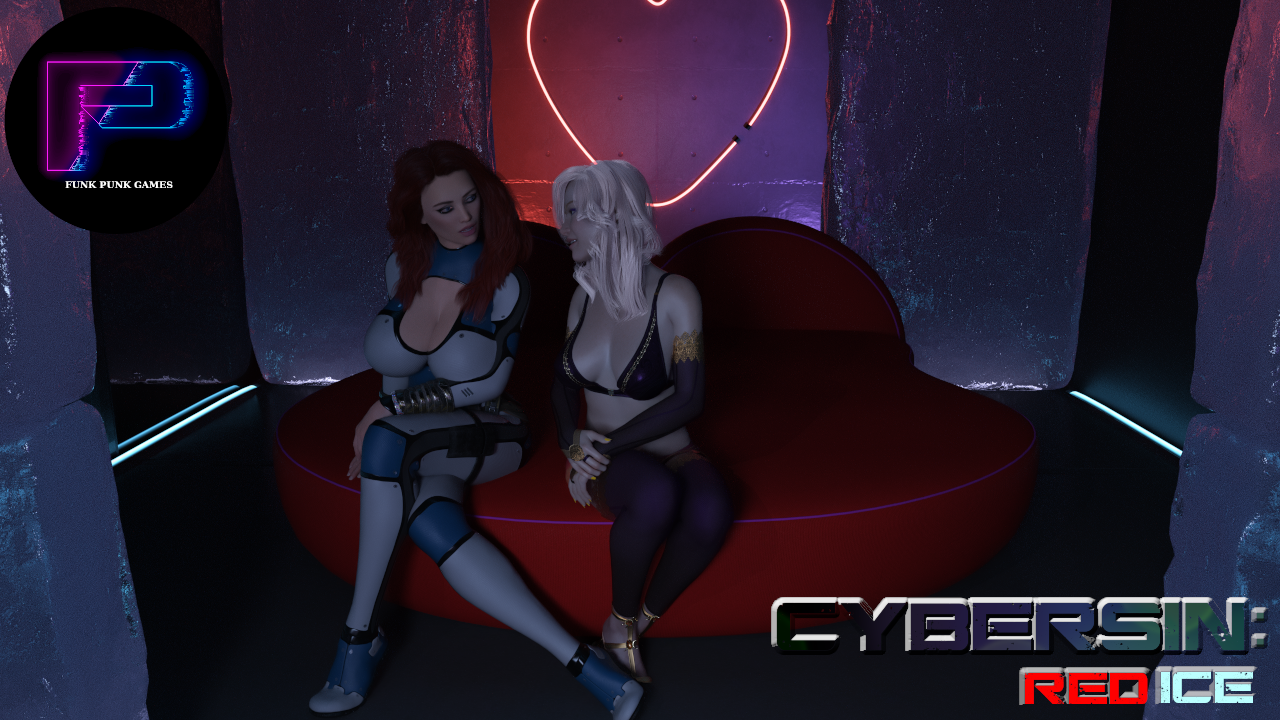 *New Content*
- Added a code that will daily increase the Lust stat unless you 'released' it the previous day.
- Added new options, after being requested by many, to just watch or skip the entire Fergus/Investigation side-story.
- Updated security cameras dialog, with one unlockable mini-scene (with conditions).
- Added intros to three new characters, plus one faction, and their CODEX pages.
- Fuel/Generators system. You'll need to acquire fuel every week to recharge the generators. You can do it every Sunday afternoon at the clinic. The system is still in the works but it will be fully implemented in the next version of the game.
- The continuation of Izy's side story (if he spies Elsa in the shower, go and confront him in his room.)
- New bed scene where you can increase LUST or release it (faster than the shower scene).
- Dialogue tree with Isaiah
- New scene with Isaiah (convince him to give Elsa a discount...)
- You can now access Isaiah's merchandise while he visits your clinic every Sunday afternoon (for now limited to Fuel and Security Cameras).
- You can now play until day 16
- Added options if you fail to pay Isaiah the first time you meet with him and even a second time (if you fail to pay him your debt a third time at that point he will leave without selling you anything).
- New dialog with Isaiah - updated CODEX page.
- The internal and external turrets are now available from Isaiah (if you make the purchase you will be able to see them in some of the locations).
- You can now choose whether or not to use your discounts when buying something from Isaiah.
- Reputation increases the Credits that you're able to earn every time you spend time working in the clinic (for now the two tiers are 0 to 4 and 5 to 9 Reputation).
- You can now complete the quests "Climb the Social Ladder" and "The Price of Fame" with the right amount of Reputation and Security.
- Ambrosia update - Meet Liz. An intimate scene with her, plus a new dialogue tree for Liz and Candice (over 3000 lines of code).
- Two new songs added to the Soundtrack
- Three new scenes in Gallery


Greetings folks!
I am creating the game CyberSin : Red Ice, a story driven Adult Visual Novel with Sandbox Elements set in a Dystopic Sci-Fi Future.
I know, I know, sounds familiar. But read me out. 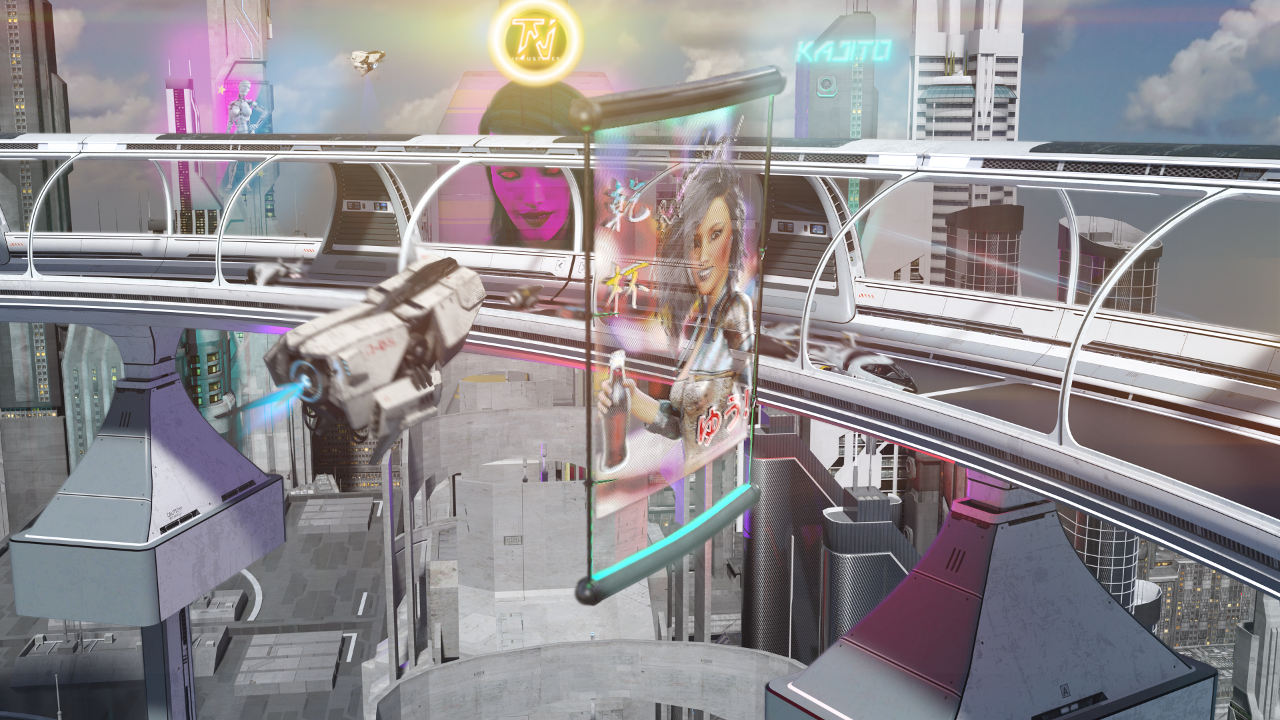 "There was a time when people wrote stories, so you cared whose ass that was and why it was farting. And I believe that time can come again!"  President Not Sure.


Set in a Dystopian Sci-Fi future, CyberSin : Red Ice follows the story of Elsa Morganth, daughter of the chairman of one of the largest megacorporations in control of the world.
After a mysterious accident, Elsa finds herself indicted for a crime she didn't commit.
Thrown under the slimy belly of society, with scarce resources, she will have to find a way out of it, while at the same time trying to find the real culprit so as to regain her old life. 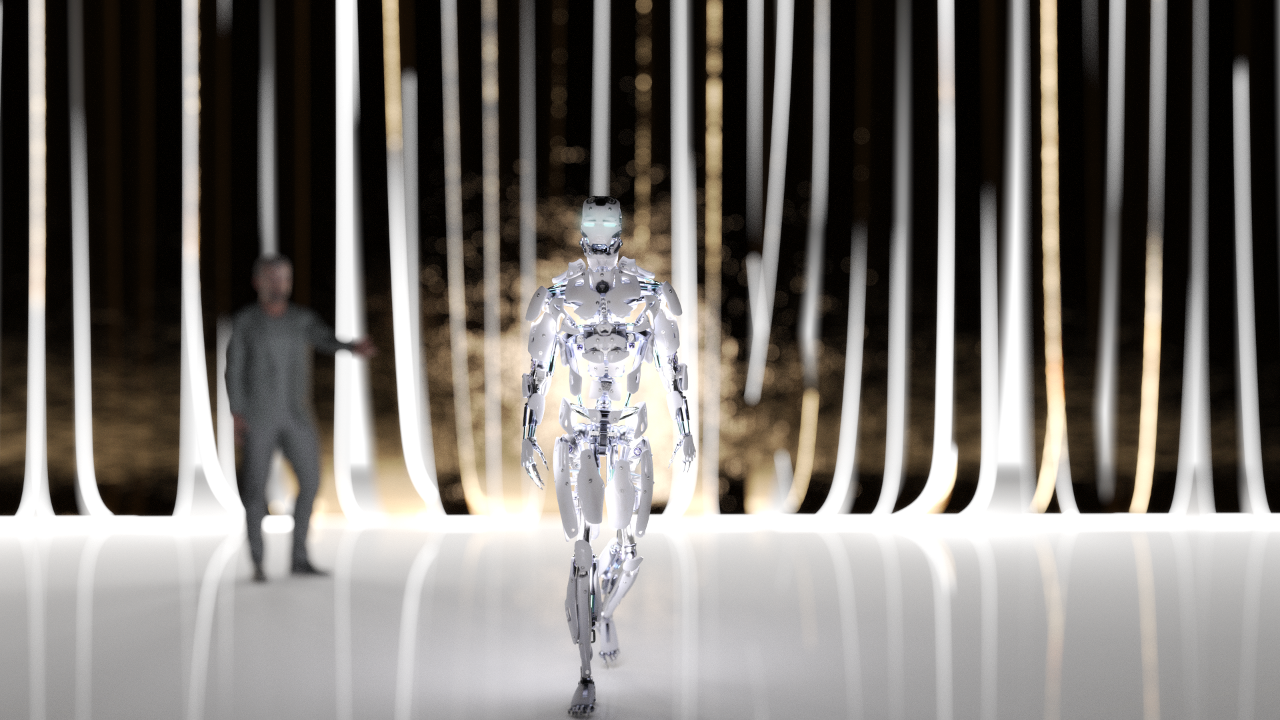 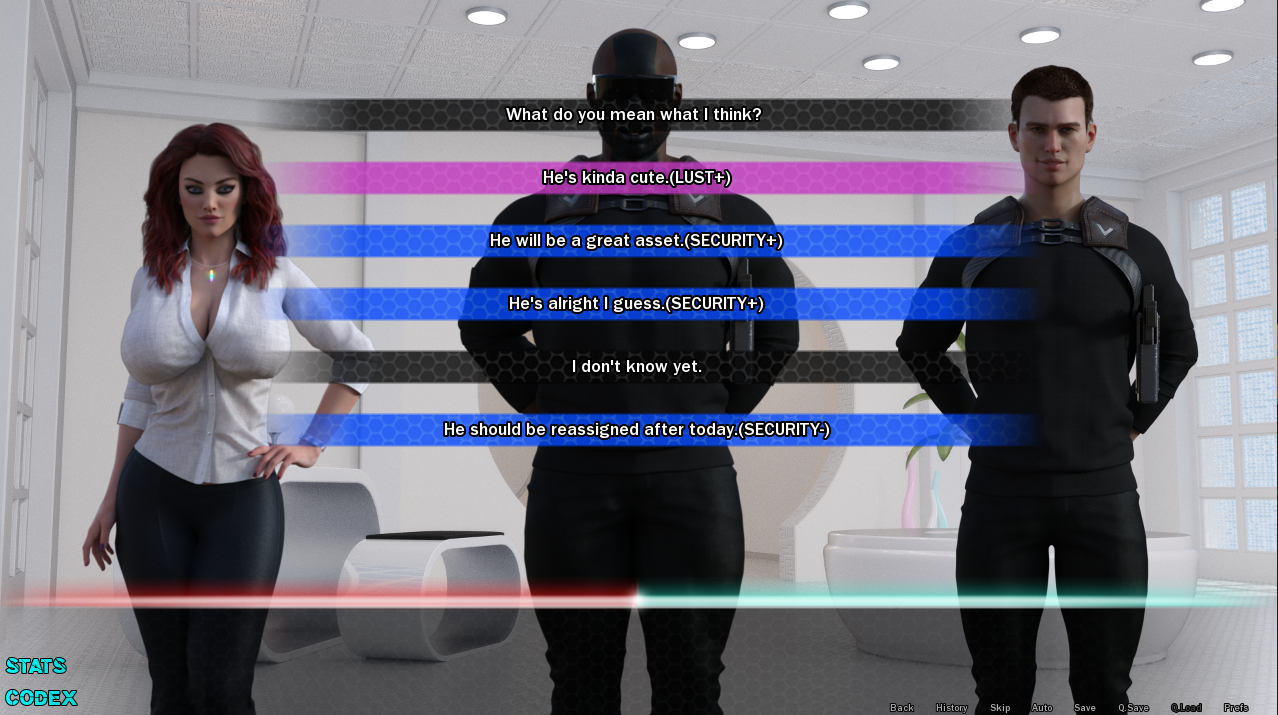 "Don't be shocked by tone of my voice. Check out my new weapon, weapon of choice." Fatboy Slim.

CyberSin : Red Ice will feature multiple storyline branches. As the game proceeds in its story, the player will have the freedom to shape the fate of the main character, Elsa Morganth, as well as the characters around her, her companions, her friends, and even her enemies.
Replayability will have a key aspect in the game so that no playthrough will be similar to another (if the player will make different choices, of course).
Some paths will be unlocked by the player's decisions, others will be closed. Choices Matter. 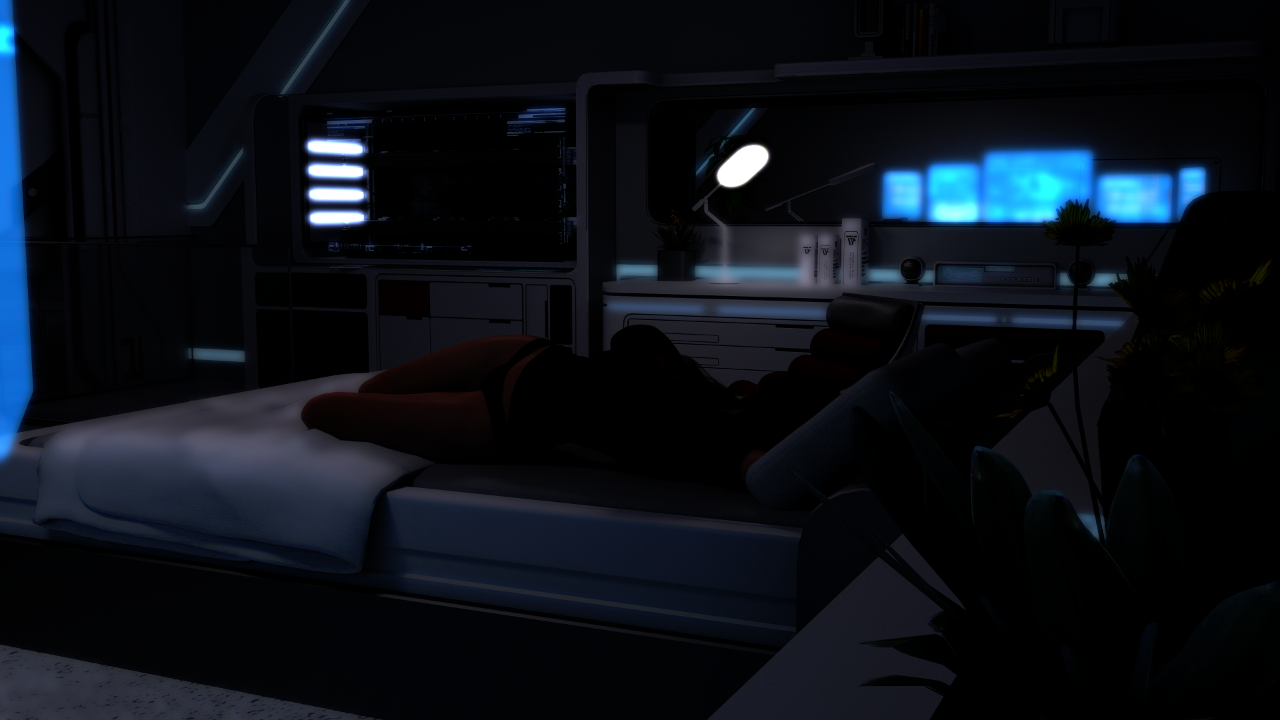 If you think this game might pique your interest, please consider supporting the project!
Even the smallest donation will help us grow, forming a community that will lead the game forward and beyond.

16 of 30 patrons
Reaching this goal will mean that the project is quite followed and I will add a monthly 4K 3D Art design to the top three Tiers of our community.
1 of 2