Red Fran is creating content you must be 18+ to view. Are you 18 years of age or older?

$1
per month
Join
One art from the bunch!
Thank you so much! Every dollar counts!

$5
per month
Join
Comics & Drawings!
You get access to 4-5 MBT pages and 1-2 doodles each month! Plus access to PDFs of my completed works. 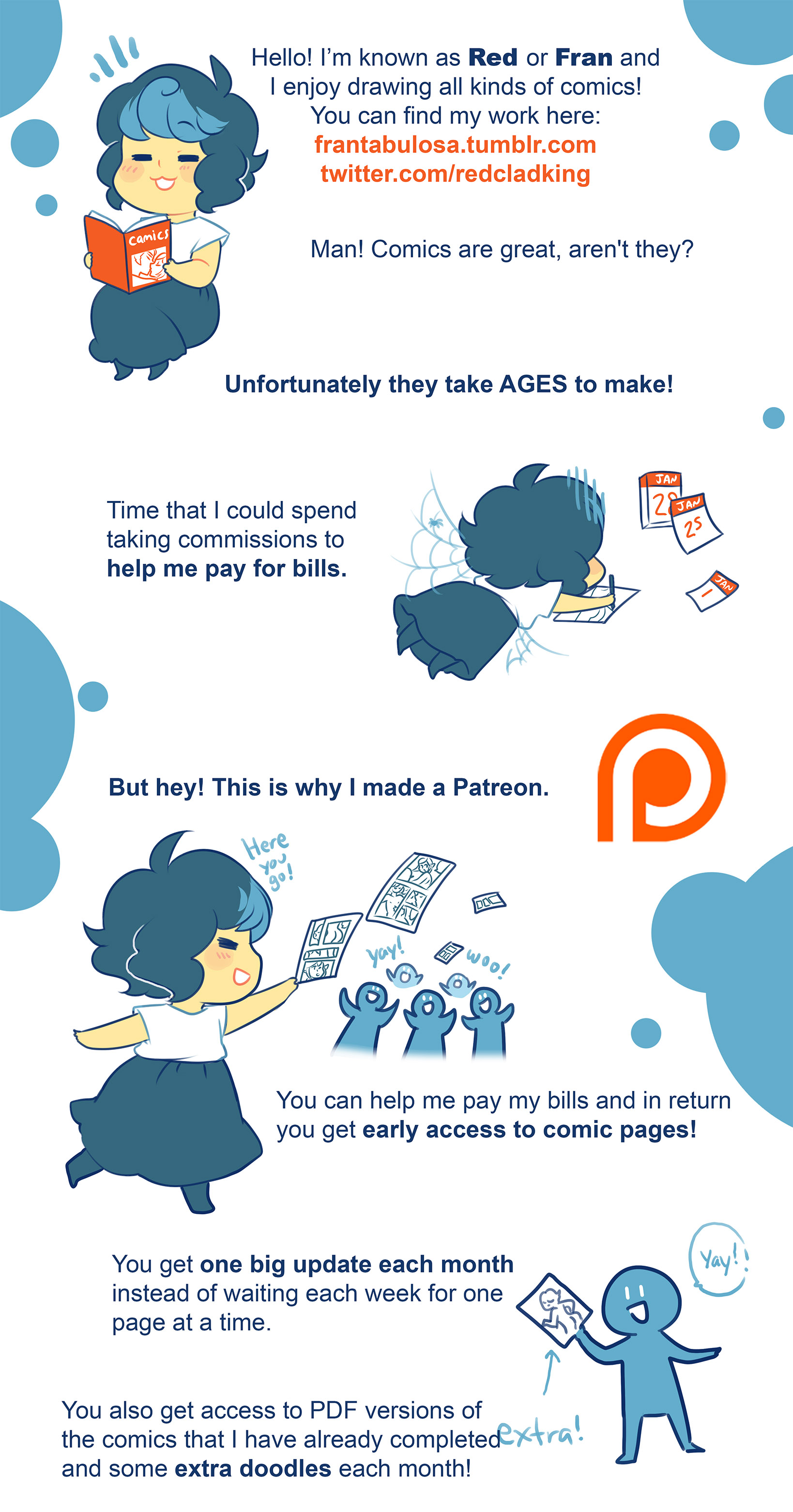