$1
per week
Join
Freshman: You gain access to the Patreon and all the content within, which will include comics uploaded here as they are finished and before they're published publicly, as well as updates, news, and other things from me!

$5
per week
Join
Sophomore: You get access to the previous tier's rewards, and you get to see the sketches, lines, and completed comics as soon as they're finished, without having to wait for the update day and all in high-resolution!

You'll also get your name plastered all over a special page on the Furthia High website listing and thanking all the $5+ supporters for the rest of forever!

$15
per week
Join
Junior: Access to all previous tiers' rewards, and you can request a free simple illustration based on whatever you want, within reason!

Limited to one character (your own or one you have permission to have drawn) but can include any FH character with them for free! Can be either a digital colored picture or a traditional on-paper sketch that can even be mailed to you! (Will need your shipping address obviously.)
(NOTE: The illustration portion of this tier is a one-time reward that will be fulfilled after your first pledge amount has been confirmed and received!)

Hey, what's goin' on over here? 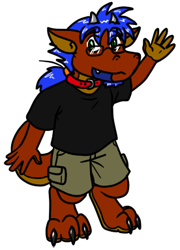 Oh, hello! Welcome! I'm QuetzaDrake, and this is my Patreon page for my webcomic Furthia High! I've been writing and drawing comics for around 13 years or so, including the long-finished DATAROM! and even a silly sprite comic hosted on Bob and George called Valor over 10 years ago! I've been writing/drawing Furthia High itself in some form or another since 2005, though (that's about 9 years since I wrote this, wooooah!).

Furthia High is a comic about the last human in a world where every other human has long since transformed themselves into anthropomorphic animals. It features that human kid attending high school as well as dealing with the mysteries of his past and a strange conspiracy against him. If you're unfamiliar with it or anything else I've done, feel free to check them out, then come back here for the Patreon spiel!

Alright, cool, so what's up?
Well, all the comics I've ever drawn have been free for all to see, with no paid content whatsoever. And I don't plan to change that! I never want to nor plan to charge anyone anything to be able to read any of my public online works, because this is the internet and people try to be cool about that with their homemade content.

However, things aren't as simple and easy as they used to be years ago. I've long since left the carefree days of schooling where everyone has tons of free time and have been immersed in the adult world of paying for things in order to live. Due to the time and effort that's required of that scenario, I've found it harder and harder to be able to focus as much on something that's free for the masses. Therefore, in order to be able to dedicate the love and work that FH needs to it (as well as to not go bankrupt) I've created this Patreon campaign.

The heck is Patreon?? I'm frightened by the unknown! 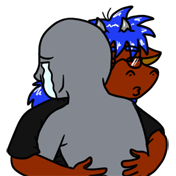 So, Patreon is a site that allows fans of a project to donate to creators in order to help them out. It's similar to a Kickstarter, with the donation tiers and the milestones and all that. However, instead of donating funds once in order to help a project come to fruition, you're donating on a set schedule (per month, week, update, etc.) in order to help the project continue and improve! It's more like a virtual tip jar that you continuously pop some spare change at every so often automatically. It's a way for creators to get consistent assistance from their fans to help make their projects better and also a way for fans to help out the creators of content that they like (while also getting some nifty benefits out of it!).

Wait, donations? I thought you said you weren't charging to read the comic! 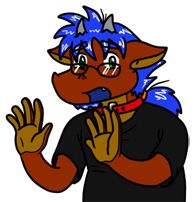 I'm not! Again, I will never make anybody pay money to be able to read my comics. Furthia High will be forever free for everyone to enjoy! You will not have to become a Patron in order to read the comic and it is in no way an obligation for you to become a Patron to continue being a reader and fan. Doing so would merely be helping me out big time and also maybe getting some exclusive bonuses out of it.

So what's up with this then? What's your end-game?
Well, like I said, the times have changed and I can't put the same amount of time and work into the comic as I used to. I'm sure regular and long-time readers of the comic have noticed that updates have declined in both frequency and punctuality. This has mainly been due to further and further lacks of free time that I can dedicate to the comic, as well as many hardships and other life-related crap getting in the way. However, I want to make Furthia High reach the same lofty heights it once had, and maybe even go beyond! I also don't want to go broke and be in huge debt and all those other scary adult situations.

So, in order to compensate, I've begun this campaign thing in order to allow fans of Furthia High to come and donate on a regular basis in order to help me out if they'd like, and I can give these generous fans some stuff in return for that help. As the milestone goals are reached and surpassed, I can spend more and more time creating and improving this comic while also not having to worry about eating and bills and other nonsense all the time. So it's a win-win for everybody!

Alright, I think I got the gist. So this is basically a thing where, if I wanted, I could donate a buck or more a week towards you, and you use that to simultaneously improve this webcomic thing and also not get debtors mad at you? 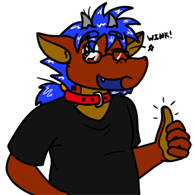 Neato! So how do I become a Patron?
Well, I think the Patreon FAQ explains the process better than I could, so peruse that for all your questions regarding signing up, pledge payments, and more! But the basic rundown is that you click the Become a Patron button up at the top-left, say how much you want to donate and what reward tier you want, put in some more stuff, then confirm!

Also, just so you're all clear, how Patreon works is that it doesn't collect the donations per week until the end of the month! So please keep that in mind when you are deciding on how much to pledge, because I don't want anyone to be surprised and angry about the fact that they got $100 taken out at the end of the month rather than $25 each week!

That's cool, but it turns out I am literally broke. Like, a moth'll fly out of my wallet and everything. So what else can I do to support you? 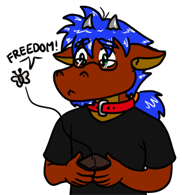 Aw, that's okay, I know how that is. Once more, donating is by no means a requirement! You can help out by spreading the news of this Patreon around to your friends and other fans of the comic. You can also continue to read, enjoy, and support the comic, that's good, too!

So yeah, if you're a fan of me and Furthia High and you're able, by all means become one of my Patrons and I'll be eternally grateful to you! Thanks!