STILL-A-PATRON!
$3
per month
Join
This is my version of a student discount and that includes those studying..the school of life.
Official Patron 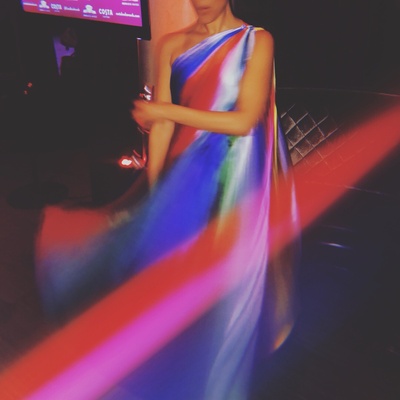 $4
per month
Join
At  $4 around £3.09, a month (if you're in the UK) I'll sky rocket, you fun discount codes that are hopefully as exciting as it was when you bought a magazine with a 'free-gift' back in the day, and drop weekly content in your inbox, including playlists made with heart and soul, travel guides & more..

If you're up for this - THANK YOU for enabling me to give this a good go..

Let's have some fun.

WHO?
I'm Gemma Cairney known mostly for being a BBC Radio Broadcaster of sorts for over ten years. I have won some awards for some of the work I've put out there. I look back at my career so far and can only describe it, as a bit like swinging on a pendulum from the pretty-serious, to the super-fun. I started young and have learnt a ton.

I've now been lucky enough to travel lots of the world with my career and am passionate about exploring. I had my first book published in 2017, a kind of bumper 'life guide' for young adults designed to dip in and out of, it's called 'Open, A Toolkit For How Magic & Messed Up Life Can Be'. With my advance for this book, I bought a 90s double decker bus, painted it yellow and used it as the mode of transport for a schools tour of the book, around the country. I still have the bus and it's called Dandelion.

I also founded a production company called Boom Shakalaka, that gave me the chance to over-see and exec produce projects from theatre (My Beautiful Black Dog, Parakeet) to radio documentaries.

I have a lot of ideas and am drawn to bright people and nature filled landscapes.

My career has changed from fun-seeking, pop culture presenting to mostly writing, producing and talking about arts 'n culture.

My idols will always be those have the heart of disco queens.

I think if you'd told the 'lil-me' that I'd have this career - I would have been V happy..

In 1994, I was nine years old some of my mum's very cool and progressive friends were looking after me for a day in a flat in South London. This was a time before the internet. This group of cool women spent an entire day, burning incense, brainstorming and collaging a newspaper they were going to launch. The newspaper was called to be called 'Diaspora' and was to be launched soon.. Covering a range of topics that would hopefully be of interest to of women of colour. I sat there, all afternoon, young, enthralled and inspired by them and their day's activity. Their chatter and excitement for their new newspaper was infectious. I asked for a pen and paper of my own. I started to design, my own imaginary page. I started to write an article, about some racist bullying I'd sadly experienced on a summer camp earlier in the holidays, that had effected me deeply. But it wasn't all sadness, I designed my own word-search (because I thought that'd be fun for the reader), I did a call out for book reviews and included self-drawn, 'stick man style' comic strip. I designed a logo for the page, which featured a big flower on the 'G' of what I titled Gem's Page. I was, over all, having a ball being a nine year old designer / journalist.
The page was called Gem's Page.

Here, we are twenty three years later.. There's a lot to say..

But I'll mostly say this..

WHY?
In an act of resistance against the tiredness of always having to pitch endless ideas to organisations, institutions, publications, brands etc (which I'll continue to do, because I like some of them!).. I feel intrigued and excited to have some autonomy over some of the content that I love to communicate. I am not, despite common belief, 'rich cos I've been on the telly'.

SO.. WELCOME to my page. It'd mean lots, if you were up for becoming a patron, in order to support the the type of content I often would like to share, but get exhausted formally pitching. Those that know me, know that, I'm a life enthusiast that believes that anything is possible.

- Blogs
-  Fashion fun
- Discount codes for cool stuff (I enjoy blagging these SO much)
- Arts and culture recommendations and reviews
- Eco-discoveries
- Travel tips
- Playlists
- Audio
- Some videos filmed, occasionally when one is feeling fly..
- Exclusive news & behind the scenes on other projects

WHEN?
Well, right now? If you're up for it.
There'll be weekly posts and if momentum and enough people are up for it, it'll enable me to source, make and write more.

WHERE?
Right here, on Patreon.

DISCLAIMER: This is one big joyous experiment. I'm not slick web-editor, this is scrapbook in style and I want patrons be very much a part of it.

I would love for patrons to help me shape the content as I go, chat in the comment sections! I am just going for the two tiers (with the larger amount being no more than Cappuccino) to see how it develops, one which is the same as a magazine back in the day and another, for my comrades who don't have much cash, but love the idea. I'm inspired by many women using this platform. Amanda Palmer and Dawn 'O Porter are two faves.

This could go in all sorts of directions, should it grow.. I have a double decker bus after all!