is creating original music, a Star Trek/music podcast, and other cool stuff. 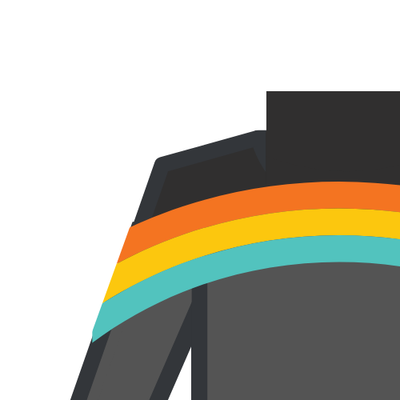 $3
per month
Join
Welcome aboard! You’re Bridge Personnel now, baby! Dress code: rainbow sweater casual. What's not casual? My appreciation for you. THANK YOU. All tiers get: 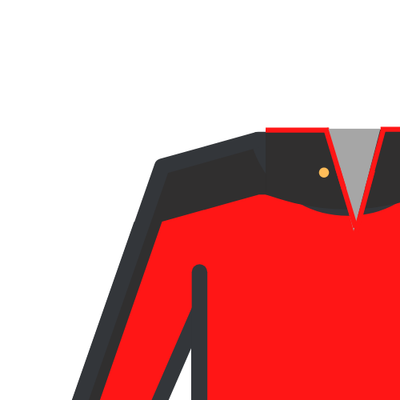 $5
per month
Join
You’ve got your first pip! And a whole lot of gratitude from your Captain. Fresh out of the Academy, and you’re already proving yourself to be a valuable member of this crew. THANK YOU so much. You get: 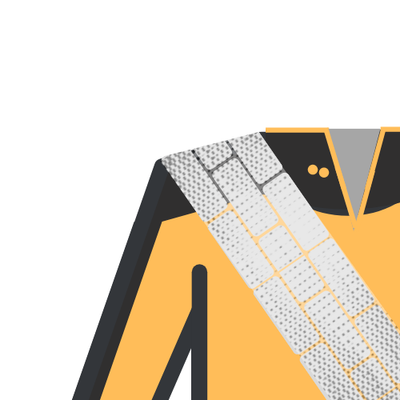 $10
per month
Join
You may be sporting a baldric, a sweet VISOR, or a cropped blond hairdo. But you don’t have to personalize your standard issue uniform- you stand out in a crowd to me! I can’t THANK YOU enough for your support.
You get:

When I was just a few years old (basically as soon as I could talk) I would walk around the house singing songs I made up about whatever I was doing. My repertoire included 🎶"I'm tying my shoes," "I'm petting the dog," "I'm eating my peas,"🎶 and other classics.

A few years later, I was diagnosed with a disease called juvenile rheumatoid arthritis that caused me to be in nearly constant, chronic pain throughout my childhood. Everything hurt. But I kept singing and making up songs. Music has always been something like a hardwired reflex for me; my way of making sense of the world.

These days I'm a working musician. Going on ten years, in fact. In that time, I've toured all over the US and played shows in Canada and Europe too. I’ve recorded three fan-funded solo albums and an EP and I’ve been in a handful of bands, including two currently: my own Grace Pettis Band (because in six years we haven't thought of a better name) and Nobody’s Girl, my songwriting trio with Rebecca Loebe and BettySoo. I’ve written hundreds of songs, co-written with about 60 other songwriters, and have had 16 songs cut by other artists. I’ve even won some big songwriting awards, like NPR’s Mountain Stage New Song Contest and the Kerrville New Folk Contest. I’m also a Buddy Holly Educational Foundation Scholar, a songwriter with BMG Music, and a recording artist with MPress Records.

Here's another thing you should know about me: I'm a devout and zealous fan of the greatest science fiction series of all time, Star Trek. When I'm not making or listening to music, I'm watching Star Trek. I know that's not cool. I don't care. You don't have to be cool to be a Star Trek fan.

Star Trek may seem like something of a non sequitur.  But if you know me, you know why I love Star Trek. The heart of Star Trek is optimism: belief in a universe where humans finally get it together and end racism, sexism, poverty, war, and all those other evils that have been holding us back as a species. It's a beautiful vision of what humanity could be and where it could go.  It's a dream that's equal parts comforting and inspiring.  You could say it's become something of a compass for me: humanity and the universe's potential for good; for growth.  At its core, goofy costumes and plots notwithstanding, Star Trek is a story about a small band of intrepid explorers, traveling together and discovering the wonders of the universe. As an itinerant musician who has spent the past decade on highways and skyways, meeting fascinating people and discovering new worlds, I relate to that.

I'm not touring much these days with the pandemic in full force... but I'm still writing songs, playing webcasts, and recording episodes of a brand new Star Trek/music podcast called "Troubadours on Trek" (I interview musicians and review episodes of Star Trek with them). I'm also gearing up to make my debut album on Mpress Records this July in Nashville! You could say I'm keeping myself busy.

I created this Patreon page to deliver webcasts, podcast episodes, lyrics, chord charts, blog posts and other creative content directly to you, the people who have supported me over the years by coming to shows, contributing to Kickstarter campaigns, and buying my music.  This fierce, loving, committed community is what keeps me believing that my work in the world matters. You fuel this starship. You keep me going. I can't wait to share my songs, podcast, and all the rest of my creative output with you. These days, Patreon is the best way to support me and keep me in the business of creating.

86 of 150 patrons
When I reach 150 patrons, I'll be able to afford to outsource all the editing for my podcast, so I'll release TWO new episodes a month instead of just one.