is creating an album every 6 months for 20 years. Comedy double bass smarts. 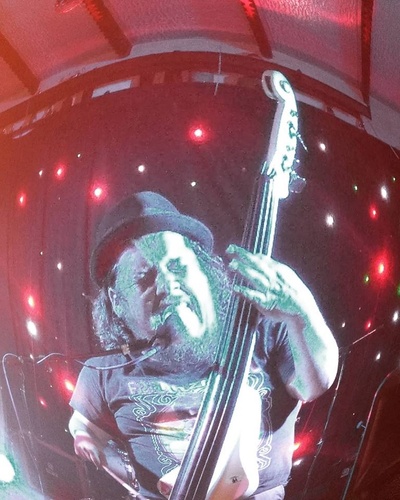 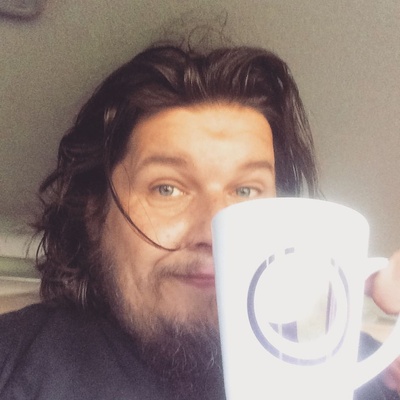 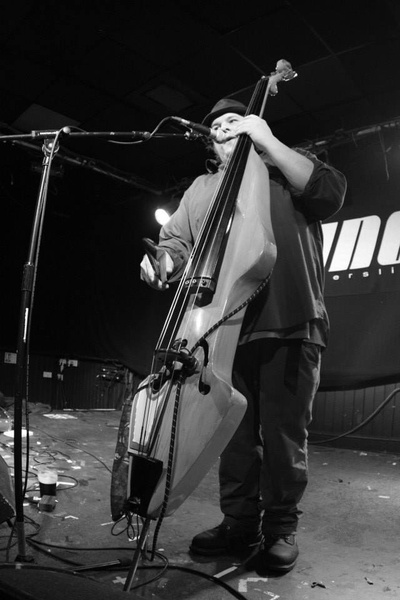 Travelling thousands of miles every year with his double bass, Grant Sharkey plays songs that laugh at, and celebrate us all at the same time.Finding the grey areas, the discomfort, the little lies we tell ourselves and making a big stupid song about them. His live shows are either ‘amazing’ or ‘cathartic’ or ‘crap’ and ‘lefty nonsense’, depending on your viewpoint.

In 2013, Grant embarked upon a mission to write an album every 6 months for 20 years. The reasoning behind this was to firstly, stay relevant; secondly, stay interested and thirdly, stay solvent. Each album is released on May 1<sup>st</sup> and November 5<sup>th</sup> every year. With no record company or management, Grant exists entirely on the kindness/connectivity of his amazing fans.

Since starting this project he’s developed an uncompromising live show with a repertoire ready for any circumstance and audience. He’s written earworms such as Pubes & Toenails (The Brexit Song), I’m Sorry To Hear You’re A Racist, Genitals, (The Problem With The) Muslims, The Power of Fuck and If I Were Vladimir Putin. Slower, deeper songs like Grow, Interesting Times and Liam. And more challenging songs: Free Nuggets (one 45-min long song), Uncle Twinklefingers, (Rupert Murdoch) and Fuck The Kids (Climate Change Deniers). He can sometimes be seen on a chair playing his three ukulele songs: WATCH OUT! (Here Comes The Counter-Culture), Everything’s Fine! and Emotional Blackmail in Pop Music (for Sean Kingston). In these challenging artistic spaces, Grant finds some of his biggest rewards.

Averaging 150-200 shows a year, Grant has played everywhere from living rooms and gardens, to performing at Glastonbury, Isle of Wight and Bestival festivals etc; given a TEDx Talk, he was awarded «««« by Three Weeks for his debut Edinburgh Fringe show, Trollbadour in 2018.

With a live show comprised of comedy and songs, Grant works hard for every audience to leave with new friends. It’s this experience that has lead him to have supported such diverse acts as The Wurzels, The Lounge Kittens, Electric 6, Dodgy, Andrew O’Neill, MC DEVVO, Nizlopi, Beans on Toast, Skindred, Band of Skulls and K*nt and the Gang.

In 2019 Grant started his podcast Hobo Sapien, as a way to share the minds and passions of the growing number of amazing people he meets from all walks of life during his travels, believing wisdom comes from other people.