Gunsmoke Games is creating content you must be 18+ to view. Are you 18 years of age or older?

For the latest public build and more, join the Discord:
http://discord.gg/38pEx3d

What is Something Unlimited?


Something Unlimited is a comic-based parody brothel management game. You play as Lex, seeking to concoct a way to rid the world of superheroes while simultaneously placing yourself on one of its thrones. Unfortunately though, plans of world domination tend to cost a lot of money and you’re practically broke. When Roulette comes to you with the idea for a “meta-bordello”, you think up the perfect way to supply her with incredibly enticing workers – as long as you get a fat cut of the profits, of course.

Will you be able to “convince” enough heroines, henchwomen and villainesses to work for you? Can you grow the bordello enough to bankroll your final plan for world supremacy? Will you finally be able to take down the heroes/heroines once and for all, as well as your villainous rivals?

The game is mostly feature-complete, with a few minor systems still needing to be reworked. Content additions is the main focus of most updates from now until the game’s completion.

There is currently content – including still pictures and animations – for 26+ comic-based heroines, henchwomen and villainesses, including:

Something Unlimited has been in development for quite a while, so there’s already a ton of content to be discovered that could keep you entertained for hours. (There’s also a cheat system for those who want to speed through the game too.)

Updates are released at the end of every second month!

You also never know when a surprise might show up and throw a wrench into your carefully laid plans. You’re not the only villain with his sights set on world domination after all…

Something Unlimited was never intended to be the massive game it is today. When SR7 first began working on the game he thought it would just be a bit bigger than Bend or Break, but development quickly expanded beyond that in an attempt to please SU’s ever-growing fanbase.

However, SR7’s talents and interest lie more on the art side of things than the programming side, which is why he made Bend or Break and Something Unlimited with Fungus – a Unity asset store visual editor add-on meant to ease the creation of VNs for people who don’t know code or aren’t inclined to code their own games.

Long story incredibly short, SR7 has pushed Fungus well beyond what it was ever intended to do and has reached its limits in more ways than one. Each update cycle is bogged down with more development process issues than the last, and that’s on top of the craziness that just naturally occurs when you spend four years spontaneously expanding the scope of a project well beyond its original intention.

It became clear to us in early 2019 that, in order to speed up development and free up SR7’s time to work on other projects without SU suffering, we needed to rebuild Something Unlimited from the ground up.

However, if you’re going to do something, you either do it right or not at all. So, in addition to rebuilding SU and finally making an Android version of the game, we’re also making a lot of changes and additions to the game to make it a lot better than ever before – an example of which you can see in the video at the beginning of this section.

We didn’t want to put SU’s development and content updates on pause during the Rebuild’s development. It also simply didn’t make sense to do so because SR7 isn’t heavily needed for the process since Locke – the programmer GG picked up in late 2018 for a side project – is heading up the rebuild and coding it from scratch.

So we’ve continued, and will continue, to put out content patches every two months like many of you’ve come to expect from SR7 and Something Unlimited.

Right now, the current intention is to transition over to SU: Rebuilt once it’s caught up to the most current version of SU in early 2020. 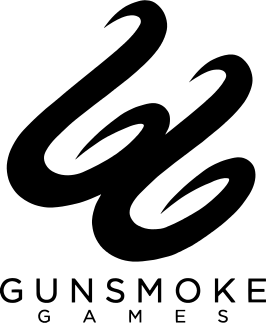 Thanks to the support from our incredible patrons, we’re reaching the point of being able to hire more people and create more games – taking the lessons we’ve learned from SU and other smaller projects to hopefully push the NSFW gaming industry forward and provide you with even better products/experiences.

No matter how large we grow, we never intend to forget the people and community that made Gunsmoke Games possible. We fully intend to work closely alongside our patrons every step of the way, for each and every title/product we create. Through patron-only polls, Discord discussions and various other methods of community involvement, we want to make sure our supporters are able to take an active role in the development and path of Gunsmoke Games. (Within reason, of course.)

We have a lot of exciting announcements and plans for the next year, and we hope you all will come with us for what’s sure to be a fun (and probably rocky) ride.

We are currently in pre-production of a yet to be named O.C project slated for full release on the steam platform. This project is done completely in house with our team. We are excited to share more news in the future.

In Sunsetrider7’s first ever title, you play as Tarrlok, who’s finally captured Korra – the Avatar. Your goal is to sway her to your side before help arrives to save her, being careful not to push her too far too fast and losing her forever in the process.

$7,200 - reached! per month
The makings of a legit studio, we will look to add another person to our small games team.
5 of 5