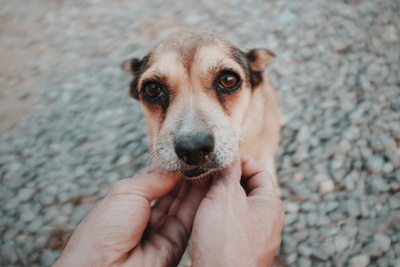 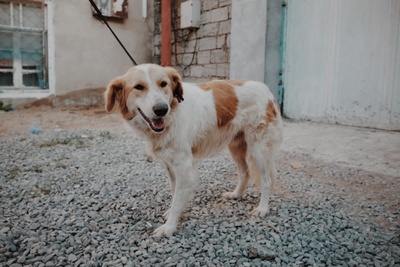 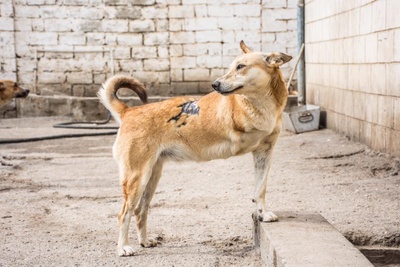 GWARP was founded by Farid Mansurov in 2016 (read Farid's story below).  To date, he has rescued over 600 animals in the Republic of Azerbaijan – dogs, cats, one donkey, one raccoon, from euthanization, torture, abuse, neglect and starvation. At the present moment, GWARP's shelter is a home to 400+ dogs and some cats. Please help us keep them safe, fed and healthy. Azerbaijan is not a kind place for animals.

All my life I have loved animals.  As a child I always fed stray cats in our yard. Even during elementary school, when walking to and from school, I fed all the dogs. They ended up always following me! Wherever I went, I was always accompanied by a pack of dogs, which usually made my neighbors very angry.

I was always appalled with the amount of stray dogs that was roaming the city streets of Azerbaijan. One day I found a stray puppy, whom I named Jack, and brought him home. He lived with us for 13 years. I loved him with all my heart.

In 2009, in my second year of college, I stumbled across an animal protection group on Facebook and I started helping these people save animals. At that time, I could only help financially. I didn’t have time to participate in all their activities - I had to study. But following my example, my fellow classmates also began to help local volunteers.

I noticed that these volunteers, unfortunately, worked quite inefficiently. Their work was slow and not very well planned, but there were no other shelters in our country. I have to say my country is not very animal friendly. People in general do not treat animals well and even today there are not many shelters or sanctuaries animal can rely upon. The horrors we have to deal with on a daily basis is devastating!

Good World Shelter started with a donkey. In October of 2016, an animal protection worker, Seva, brought a donkey from a distant region of Azerbaijan. The donkey’s hooves were tied up with a rope, and he went on like that all summer. As a result, one hoof began to rot and there was almost nothing left to it. Seva had nowhere to place this donkey so I offered her my father’s house in the suburbs as an option for the donkey’s temporary foster home. She left him there but, unfortunately, she lived far away and could not come often to treat the donkey and change his dressings. Soon enough, I realized that no one else would treat him, so I named him Oscar and began to treat him myself. Every day I would make a bath with potassium permanganate, because his whole paw was infected with worms. It was a horror! His hoof hollowed out and contained an incalculable number of worms. At that time, no one knew how to treat it. Veterinarians said that neither donkeys, nor horses would survive with three legs, and if this leg was amputated, then a prosthesis would be necessary. I consulted with doctors in Russia, started giving him immunomodulators and antibiotics, and as a result we coped with the necrosis. We managed to save his leg. Though it does not function, he can still use it for support. Oscar died in the summer of 2019.

While I was busy with Oscar, other dog matters arose. Everyone on Facebook shared information about a dog named Alabai, who was thrown out onto the street and his back leg was not working. Also, a volunteer from the Ganja region shared another video of a dog, whose hind leg hung. I organized the transfer of these dogs from a distant region of Azerbaijan to the capital, Baku, and took them to my shelter. There were also additional dogs by that time, which I had already saved. They were mostly pit bulls that we saved from fighting rings. At that time, I was engaged in all of the shelter work by myself, without any help. No one knew about my activities. But when I brought these two dogs, it was a sufficiently resonant enough affair, so I voiced it on Facebook. As a result, people began bringing me wounded and sick dogs found on the streets after learning about my shelter. Over the next two years, people started to volunteer, and we ended up taking in a lot more animals.

While caring for the animals, my volunteers and I were also trying to bring the matter of the stray dog situation in the country to the attention of authorities and fight the cruel methods they used to rid streets of “dangerous” dogs. In 2016, with a huge delegation of animal defenders, we broke into the so-called dog box where stray dogs were killed and then burnt. For 2 years we struggled with this state facility and in the spring of 2018, we finally managed to close it.

Now, I have more than 400 dogs in the shelter that came to us wounded or sick. Most of them are now healthy, thanks to the work of our shelter. Their rehabilitation lasted for months, so it is not possible to release them back onto the streets as it would be putting them back at risk. After all, it would condemn them to the same dismal existence, torment, and to the same diseases and cruelty they once went through. A small percentage of our dogs are adopted by good local humans, and few fly abroad. But the majority continue to live with us. Almost every day we pick up more dogs that were hit by cars or crippled by humans.