$1
per new creation.
Join
If you become a patron with $42 or more, I will include/hide a special Easter Egg in my next content that is related to your support.

my name is Zoltan, I am from Budapest, Hungary, and I am active in the following niches: music making, comic-, and comic strip creation, game reviews, music reviews, translation, and image making.

Let's talk about music first. I think of this subject as a phenomena that is able to create "portals" to metaphysical - relative synonym: concealed - fields and emotional states that are not otherwise accessible. In fact, music is pretty much the only way to showcase the mere existence of these fields and emotions, coming into consensual reality by the act of the music expressing itself. When you are physically present whenever someone is listening to your music, you are open bare to the inner depths of your soul, which is a feeling not easily comparable to others. Talking of which ...

a Yet Another Staggering Comic Strip! - feature: "Timing". 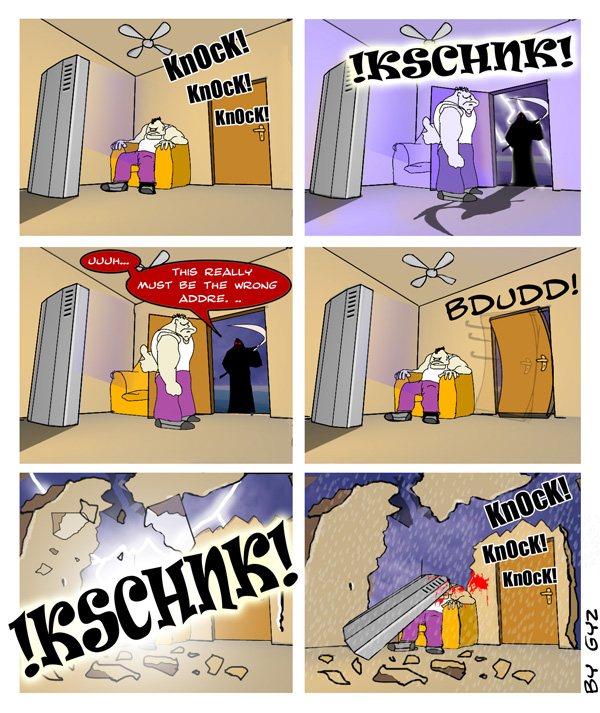 You can reach my Yet Another Staggering Comic Strip! series at the following URL:
http://yetanotherstaggeringcomicstrip.blogspot.com/
Please know the following: some of the servers that contain the images, are down, I will re-upload them in the near future to a more secure location.

psychedelic chill -
I drink your tears in silence:
https://www.youtube.com/watch?v=eT2FzipxEXU

...AND many more, you could listen to all of my songs at my YouTube channel, which is located at:
https://www.youtube.com/user/youruglyfatmomma

The fact how a human being is prone to reflect an emotional response to a structure of layered sounds, is very intriguing and interesting to me. For a quite basic, yet efficient example of this: have you ever considered "why/how" exactly a Major chord radiates a brisk, cheerful, pathos-filled vibe in your soul, and "why/how" exactly a Minor chord radiates a melancholic or outright depressed one in it? The amount of conceivable and expressible patterns of stacked sounds are infinite, and music always is ready to show you something valuable and new, and, once you have taken a pattern into the heart, it enriches your existence for life (and probably beyond, still waiting to weigh in on THAT one [logically]).

Speaking of being stoked or being outright settled into a particular frame of thinking, I generally despise the culturally ingrained institution of "musical taste", something that people tend to be quite rigid, placid-, even a bit obsessed about. "Musical taste", in my view, is just a self-imposed cultural constraint that hinders your enjoyment of the subject. Under optimal circumstances, a track is listened to as if it was the one and only song in the whole wide existence field, - notice how the songs you love seem to exhibit this very trait - (because you have cultivated intimacy with them via giving them attention) - furthermore, one should be able to open up to it like there would be no tomorrow, and as if it were the last song to be heard, EVER. As such, I propose a way of approach towards music in which the listener is free of expectations, and, instead, she/he is ready to receive what the music has to offer, be it anything at all. Which does not mean that preferences are of no value. But one always should be open to alter their preferences, and not care for them as much as if she/he would care twice as much as she/he actually does. Makes sense, yes? I am open to every and all kinds of music that is able to reflect clear INTENT, clear thought, and efficient, well developed structure. I seek to propagate these qualities through the music I'm making, as well.

While talking about music is much greater fun than it SOUNDS like - pun very much intended - listening to the music is one of the most intimate processes known to humans, but, as result of this - in my opinion - FACT, listening to music naturally demands attention and I dare say: discipline. Have you ever caught yourself in the occurrence that a track you have listened to earlier, suddenly finds its way to you, its structure revealed clearly and magnificently, making you appreciative for being able to listening to it? These are the most magical moments of music - almost avid alliteration terror - that I consider to be a potentiality that timelessly reigns as one of the most intriguing and sublime ones.

I will continue this introduction page soon, in the meantime, check out one of my other comic strips: 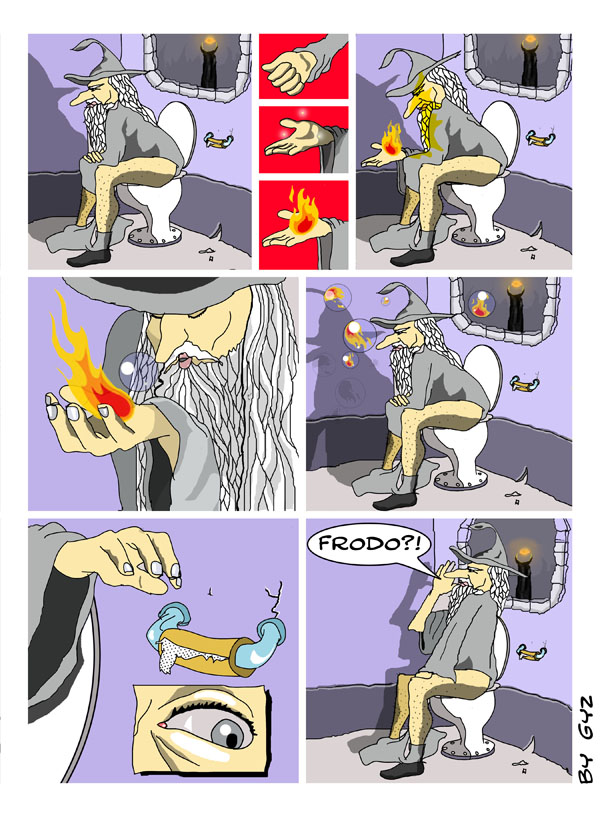 You can reach my Yet Another Staggering Comic Strip! series at the following URLs:
http://yetanotherstaggeringcomicstrip.blogspot.com/
Please know the following: some of the servers that contain the images, are down, I will re-upload them in the near future to a more secure location.

I also am running a music review blog, which is located at:
http://noiseshaft.blogspot.com

As you can see, I have made approximately 320 or so music reviews so far. This music review site "Noise Shaft" is by far the most visited among my current journalistic efforts. I made these reviews with love and (definite) scientific care, and would continue to do so had the Patreon community find my music review efforts of value.

I reviewed video games, as well. (Not all of them though, but working on it.)

I have translated Tom Campbell's "My Big Theory of Everything" to Hungarian, and Tom and me would like to have the trilogy be available in analogue Hungarian format, as well. Here are the interviews I have made with MBT Author Tom Campbell:

I wish you all the best, and I wish myself your rabid support.