is creating a musical odyssey in praise of his native Strathspey, Scotland 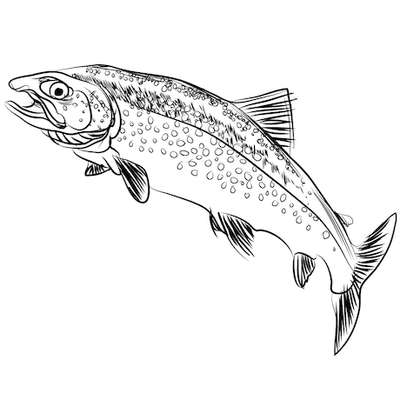 £5
per month
Join
Includes:
The Atlantic salmon (Salmo salar) is the River Spey's most iconic creature. The more we support them, the more they thrive.
The Osprey 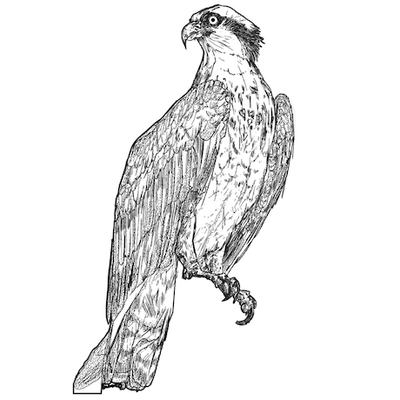 £10
per month
Join
Includes:
Plus everything from The Salmon tier...


The western osprey (Pandion haliaetus), or river hawk, is a glorious raptor of lochs and rivers. It's one link further up the food chain from the salmon. The RSPB Osprey Centre at Loch Garten in Strathspey is one of the most iconic bird protection projects in Europe.
The Pine Marten 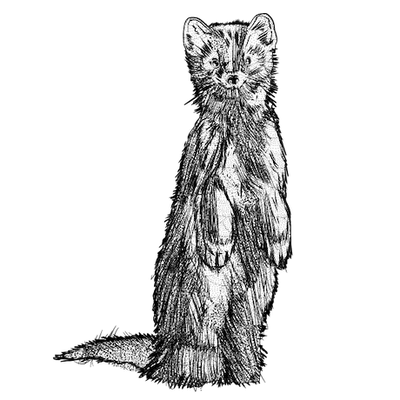 Plus everything from The Salmon tier...

The European pine marten (Martes martes) is Scotland's most beloved predator: agile, furry, armed-to-the-teeth and a Caledonian pine forest specialist. At one time endangered, their numbers are now rising through the restoration of their habitat, protection and support.


* Footnote about guest tickets: please contact me a week in advance to let me know you are coming along!: email [email protected] and/or message me directly via my Facebook/Instagram/Twitter pages. There may be some festivals and gigs where there is no guest list allocated to the artist by the promoter / venue manager. In this situation I will endeavour to do my best to get you tickets.
** Footnote about art print: printed on high quality paper and mailed to you in a sturdy poster tube. Features the stunning artistry of Highland digital multimedia artist Somhairle MacDonald. Includes information and recommendations for how best to frame it.

Welcome to the biggest project of my life.

I am a multi-instrumentalist, folk musician, composer, music producer and music tutor from Scotland.

Please join me on my epic 10-year journey to create 5 albums, a Pentalogy, of completely original folk music composed in praise of my local area, Strathspey, in the Scottish Highlands.

I'm more than half way there.

“Napier has the composer’s gift of painting a picture with sound, more evocative that an artist. The Railway is Superb.” FATEA Magazine ★★★★★

"A beautifully constructed, evocative and distinctive album, The Woods is a splendid and rare treat." SONGLiNES Magazine ★★★★★

This is community music in every sense of the word. Inspired by the rich folk music of the past, my music is written to be enjoyed now by all, with a lasting legacy for future generations.

I am asking for financial support: for commissions, donations and sponsorship from people who enjoy my music and who wish to support me.

Each of the 5 albums represents one of the five internationally recognised 'elementals':

So these correspond to the albums: The River, The Railway, The Woods, The Hill and The Sky, respectively.

These elementals appear across dozens of cultures, religions and societies worldwide. I want to celebrate and share with the world the natural beauty of my native land, heritage and community.

The first 3 albums are complete and I have started work on the 4th too. I started the project when I was 33, I'm 38 now and it will be complete when I'm in my early 40s.

In 2015 I released my debut solo album THE RIVER (representing the element water) about the glorious River Spey.   I've been fortunate to work with some brilliant videographers: Somhairle MacDonald, David Russell, Samuel Hurt, Simon Ward and James Shooter (from SCOTLAND: The Big Picture).


Then in 2018 I released THE RAILWAY (representing fire) for the famous Speyside Whisky railway line.

And now there's the 3rd one  THE WOODS (symbolising earth) - my biggest album yet with 21 track, 25 new tunes and a 6000 word info booklet, which premiered at Celtic Conections festival and released on the Spring equinox (20th March this year). The album was sponsored by Cairngorms Connect.

I have composed over a dozen tunes already for the 2022 album that follows that entitled THE HILL (air), that will focus on the mighty Cairngorm Mountain range.

In 2024 I'll release the final album THE SKY (for the ether) for the vast world above our heads: clouds, the constellations and planets in the night sky, astronomical and celestial effects on Strathspey's local wildlife and culture, in particular the changing seasons, weather and pull of the moon.

The Strathspey Pentalogy is no small task. It requires a significant amount of time and money to research, compose, arrange, record and then transform into a live show.

It is my dream to become a full-time folk composer. Only with sufficient financial support will this be possible.

Many composers throughout history have been dependent on commissions and the financial support from benefactors to support their careers. Without this support they would not have had the time and space to create the world full legacy of music we have today.

I have been fortunate to make a living the last 17 years as a full-time Scottish folk musician and tutor, from several income streams:

I am ambitious. I am also highly driven, determined and very productive.

I have a great team of musicians, sound engineers, administrators and supporters around me, and I am very grateful indeed for that. This project is culmination of 4 years of music study (including Berklee College of Music, Boston, USA), over 40 guest / session musician appearances on other artist's albums and over 2 decades performing in Scottish folk music.

So far I have managed to raise a total of £31,000 of funding on from a variety of sponsors. I was fortune to be commissioned to write music by local organisations The Grantown Society and Cairngorms Connect, local businesses (such as Grantown East: Highland Heritage & Cultural Centre) and large scale music festivals such as Isle of Man CeltFest and Glasgow's Celtic Connections.

I try to find find a unique balance between tradition and innovation in my music. I respect and celebrate Scotland’s rich musical folk heritage in a contemporary style that aims to engage my audiences. I strive to be soulful, direct, honest and to communicate clearly with my audience. I hope that some of my 'trad-friendly' tunes might be one day absorbed into the repertoire of ceilidh bands and folk sessions in pubs in Scotland and further afield, and eventually become 'trad' - part of the tradition. I am proud to say that my tunes have been recorded by the likes of Blazin' Fiddles, Talisk, Benedict Morris, Imar and Simon Thoumire & Iain Carr.

If you'd like to commission a piece of music, sponsor a track or just donate towards my next album or tour then I'd be hugely grateful. Right here at Patreon is the very place to do that.

"Napier is one of the finest musicians in Scotland….his music is invigorating, passionate and steeped in tradition." TMSA

“One of Scotland’s busiest and most multi-faceted folk musicians.” Sunday Herald

“For those with a love of experimentation and innovation within the Celtic world this is an album well worth exploring.” Bright Young Folk


“[The River] is a beautifully composed album…enjoyably complex in its musical structure.” Northern Sky

1 - reached! patrons
When I reach 200 patrons, I’ll hire a videographer to help me release more videos. This series of short films will discuss the inspirations behind the album tracks on my albums The River, The Railway and The Woods. An insight into the creative process. 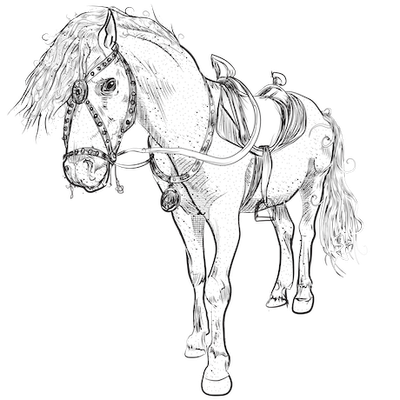