$1
per Project
Join
Thank you, my dude.

Tip Jar! You'll receive updates about my projects and have access to my story-planning process.

If you like my Non-Profit comics you can have them delivered right to your inbox on this tier!

$3
per Project
Join
You're pretty chill, and I'm cool with that. Chill Dudes have access to tutorials and short story drafts.

$5
per Project
Join
You're a cool dude for pledging this amount!

Cool dudes get access to drafts, story-planning process, and updates about other cool dudes I'm working with.

THANK YOU FOR VISITING!
My name is Hanna and I write science fiction and epic fantasy. I'm currently working on three major projects, two of which are webcomics. I also work on short stories and comics, which will also be shared here. Patreon is a way for me to share my passion projects with the world!

Current projects: The Hymns of Creation.


THE HYMNS OF CREATION
Over a thousand years ago three people rose from a silent world to sacrifice themselves for Paean, the musical magic. It binds humanity to the Composer above, and people to one another. It permeates the lowliest pebble, to the farthest star in the heavens, and into the deepest, darkest corners of the human soul.

Attuned to the universal tune sprung forth from the single Hymn of Creation that engendered a spiritual connection all the Spheres of Creation, a world on the cusp of an age of enlightenment must face the unknown, and of the impending realization that they may be no such thing as free will. For the only way to move forward is to is to face the crimes of humanity’s ancestors. 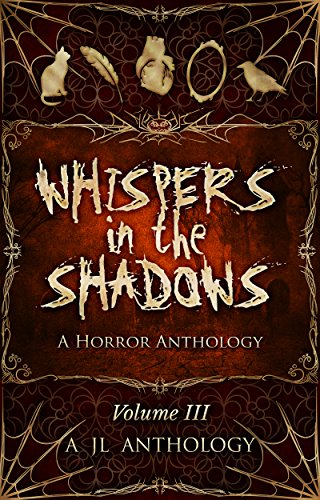 Even when we think we’re safe, our biggest fears can be revealed, our worst nightmares
brought to life.
For some, death is inevitable: a suspended detective and killer play a bloody game of cat and mouse; a girl risks her life to save her friends from an urban legend; a doctor’s daughter works to uncover the curse on their wayward ship; and an old lady’s cats are hungry
…very hungry.

For others, death would have been an easier fate: a reflection isn’t meant to talk, let alone free itself; a priestess must renew her people’s magic, but that ritual carries a terrible price; and a famous boy rejects a lovesick girl…and lives to regret it.

Through life and death, the only constant is our fear of the unknown: bloody footprints continue to walk around a lighthouse; Grandma’s warnings of the Autumn People are finally heard loud and clear; and a girl moves into a new house to find a bloodstained carpet…that no one else can see. Keep the lights on and brace yourself for ten creepy tales of horror and misfortune.


THANK YOU AGAIN FOR YOUR SUPPORT!!