$1
per month
Join
One step closer.

You've done it. You put your money where your mouth (or heart) is. And I am grateful.

Your support helps me get to the next step in sharing my idea of beauty and truth with the world.

Become a part of the conversation. You get a mention in the credits of every podcast episode!

Become a part of the conversation. You get a mention in the credits of every podcast episode!

thanks for reading this page. I’m Adam, and Har Adonai (formerly The Pit That Became a Tower) is my music project, my art. The sounds, the words, the pictures. I love all the parts of the process.
I grew up in suburban Ohio in the ‘80s. Today I live in Jerusalem, Israel.

My life is a pursuit of beauty and truth. I’ve found it’s not that hard to find one of the two, but it’s really hard to find both.

Of course, beauty can mean something different to different people. But if you’re already here, you probably have a grasp on what my concept of beauty is like, and if you don’t, I think I need to do better.

Some of the most beautiful sounds I know come from the artists Dinosaur Jr., Pavement, Guided by Voices, Deerhunter, WHY?, and the lesser-known Polyphemus.

To me, these are the sounds of a childhood spent skateboarding the streets of middle America, and then trying to find them again halfway across the world. That’s my idea of beauty.

My wife Bethany and I are parents to eight children. It’s probably the most punk rock thing we’ve ever done.

Har Adonai used to be called The Pit That Became a Tower, and under that name I’ve had the privilege of working with some awesome people. We released a couple of albums, played a few shows and festivals.

We got to share the stage with artists like Bonnie “Prince” Billy and WHY? And we even got some love from the music critics, with multiple nods for one of the year’s top ten albums for our album  “Behold! The Unseen”.

“Har Adonai” is Hebrew for “Mountain of the Lord”. It’s a reference both to Mount Zion, which stands across the valley from my home in Jerusalem, and to the concept of holiness.
If you want to know more of what I’m about, I go deep in this conversation with brothers Yoni and Josiah Wolf of the band WHY? for The Wandering Wolf podcast:

Now it’s your turn, what are you about? Lemme know.

Hi, thanks for supporting me by listening to my recent album, Now is Golden. I'm excited to announce that the second album is in the works. The working title is “Mr. Miracle”.

The need is to get the drum tracks recorded for this album. Your support will help me hire a drummer and book studio time. Every bit helps. 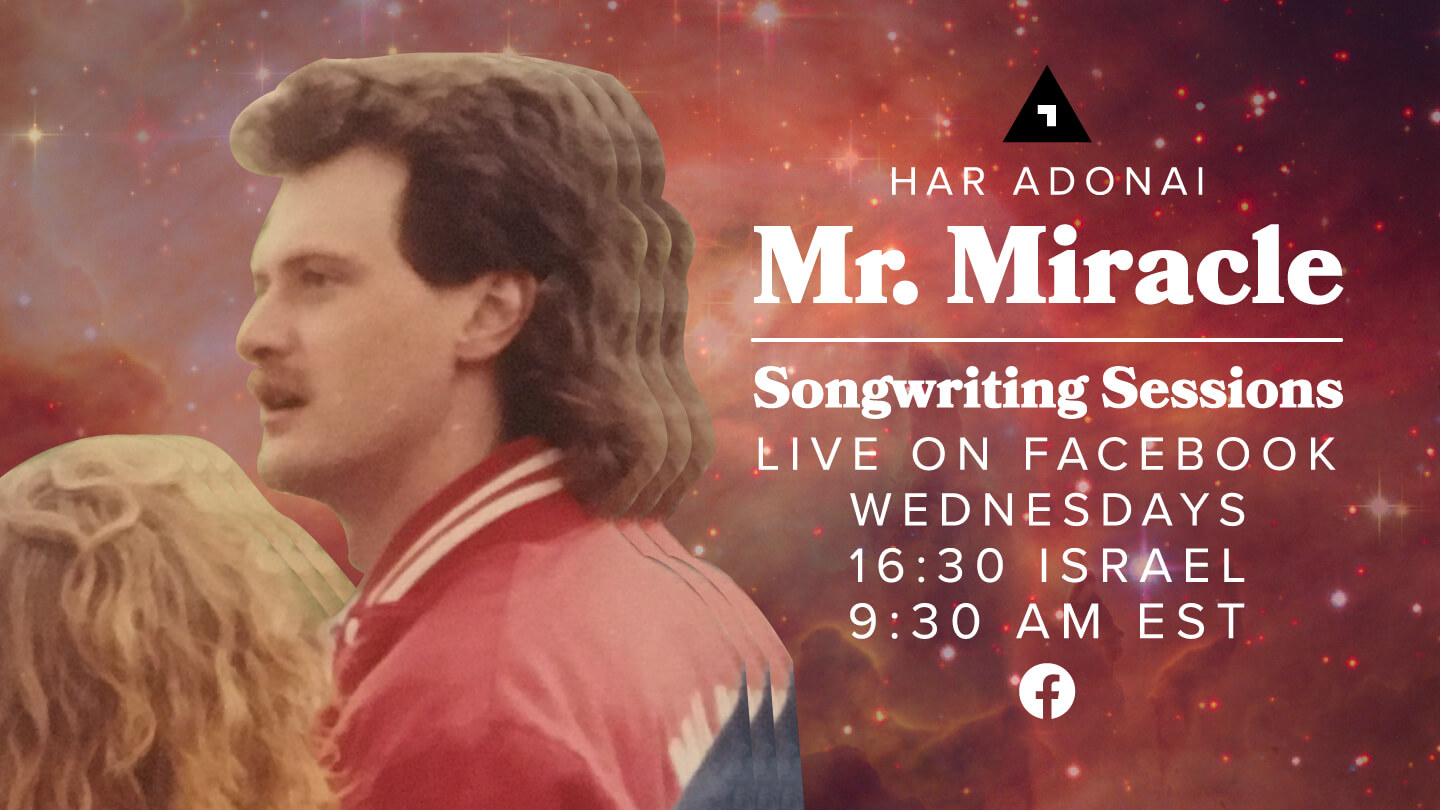 Also, I'm doing songwriting sessions for Mr. Miracle live on Facebook on Wednesdays at 16:30 [Israel] / 9:30 AM EST. Click here to watch any past sessions, and get notified of future ones.