Haramase Project is creating content you must be 18+ to view. Are you 18 years of age or older?

Get access to the Patreon exclusive version of the game.

Welcome to Haramase Project's Patreon page! We are a small team of western developers set on bringing more 'vanilla' adult visual novels to the english market. We are currently working on our first game, titled 'Divine Conception', a wholesome tale of love, companionship and baby-making (mostly baby-making).

"Divine Conception' huh? Sounds neat! Can you tell me more?"
Sure! In Divine Conception you play the role of Kazuma, an ordinary Japanese guy who suddenly finds himself living with two beautiful girls straight out of a fantasy book: Aliyah a powerful and alluring succubus, and Gabrielle, a kind and innocent angel. Rivalry between them will ensue as they fight for one thing and one thing only: Kazuma's seed. Expect a light-hearted 'nukige' visual novel, with some slice of life elements, and lots of kinky dialogue. :3 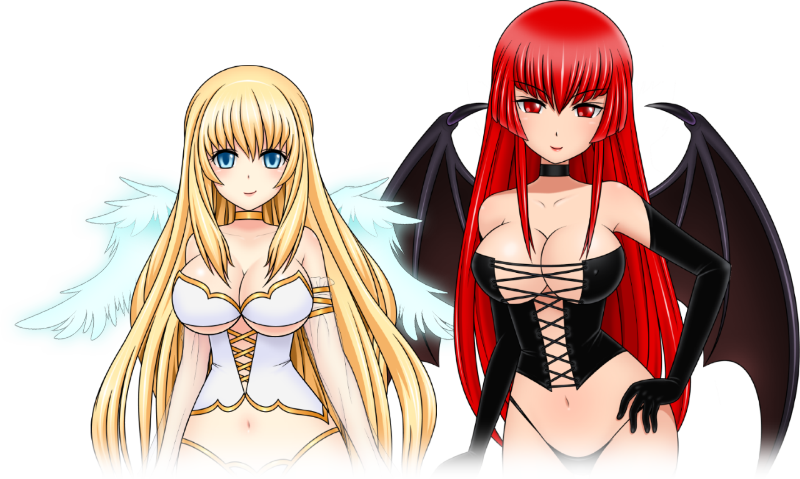 "What's planned in terms of Patreon rewards?"
Our plan is to release the game for free, with Patrons getting access to a 'Bonus' version, running natively at 1080p and including neat little extra features such as a sprite viewer and an asset browser.

We also plan to offer limited 'Request' tiers, which will let patrons request specific scenes with their favorite girls, but that'll come later. Oh, and if you just want to support us, you'll get access to our dev feed, being able to vote on polls and take sneak peeks on what's being added next. 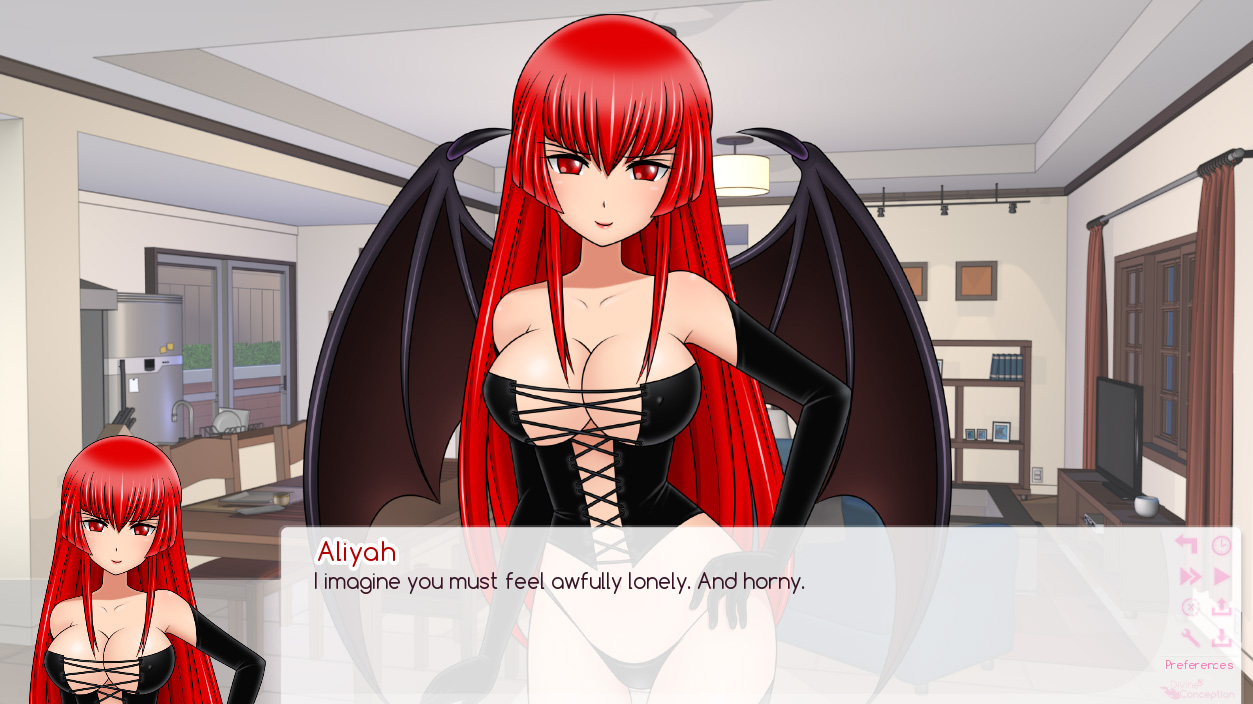 "What will we get for supporting Haramase Project?"
We really want to establish ourselves as a proper western VN dev team, and becoming our patron would help us make that dream a reality. We're definitely not short of ideas when it comes to lewd stuff, and we're looking forward to bringing this project to completion as well as acquiring the means to work on future titles. As for additional content for 'Divine Conception', we will begin by adding more h-scenes, as well as some lovey-dovey dating scenarios and general 'ecchi' content. Already existing content will be polished up, and features will be added as we release updates.

If it all goes well, extra characters are not out of the picture, and if you think the game is lewd now, imagine what we could do if we could get it voice-acted? *wink-wink* 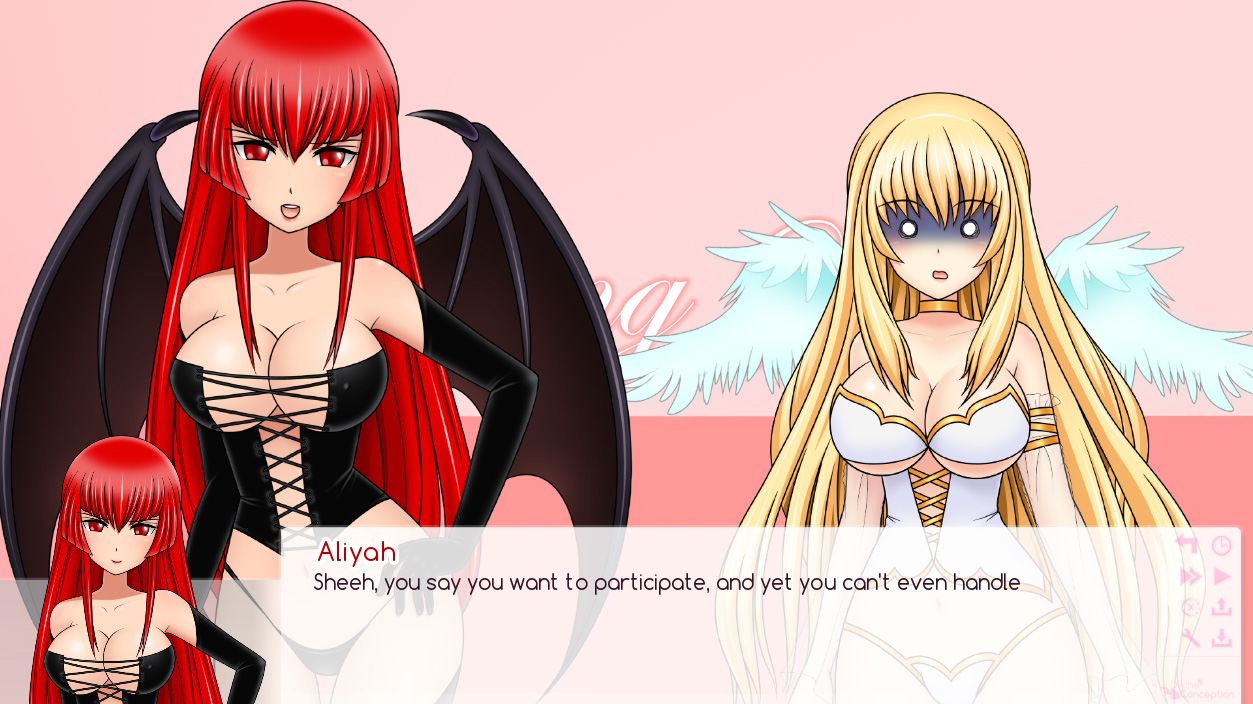 "I'm sold! Where can I download this so I can fa- I mean play?"
You can download the demo version here:

$112 of $350 per creation
Getting There
Base funding level, would allow the team to cover their basic expenses and focus on polishing the game.
2 of 4