is creating Havoc Fox and other Really Cool Games 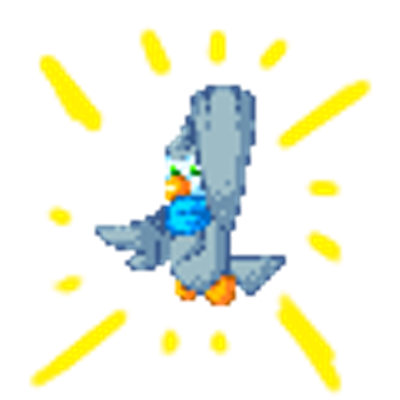 New to the adventuring scene, but still wanting to contribute to the journey! 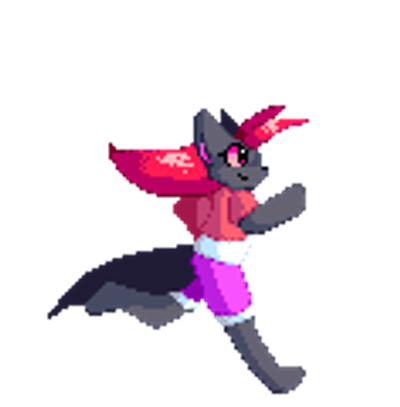 You're in training to save the world, and making good progress!

» Access to patron-only chat in the Havoc Studios discord.

» Access to WIP devlogs a few days before they're fully released. 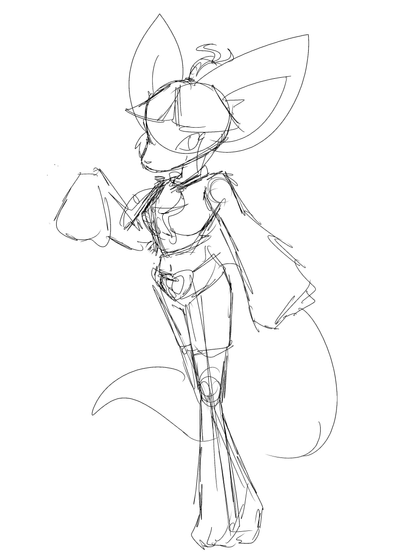 You're on the job and ready to take down your first boss!

» Access to basic patron-only chat in the Havoc Studios discord.

» Access to WIP devlogs a few days before they're fully released.

»  Sketch of your character in the Havoc Fox art style each month!

My name is Dusky, and welcome to the Havoc Fox Patreon page!
\\\\
One of my favorite things is being alive. (Most days.)  To maintain my status of being alive, I need food! Well, food costs money!  And so does hiring people. So I come to you today with a proposition!

I wonder...do you find interest in platformers? Particularly the Megaman styled, metroidvania kind?

Well, you're in luck! (I think!) I juuust so happen to be making one!

Havoc Fox is a 2D action platformer, inspired by games such as Megaman ZX and Freedom Planet. It takes place from two viewpoints!

GREY THE FOX
After waking up in a mysterious cove without any memory of his past, a teenage fox dubs himself "Grey" and begins a journey to find out who he is, and perhaps accidentally save a continent from an evil dictator in the process.

VENICE THE WIND DRAGON
During Venice's first day as a young police officer, she finds out that her home city is invaded by robots! Setting out to stop them, she makes a strange rivalry with a sassy metal mercenary and becomes entangled in stopping the aforementioned evil dictator (and Grey's several existential crises).

Havoc Fox features many heckin' sweet things, like:
-Two playable characters, each with a different playstyle and unique combat moves!
-Over ten levels, some character-exclusive!
-Full original soundtrack with a suave mix of rock, piano, and anything in-between!
-Fully voice acted cutscenes and gameplay!
-Bright and colorful sprites and fluid animation (so I've been told, at least ( ﾟヮﾟ) )

A FIVE-STAGE alpha version of the game can be downloaded here: https://gamejolt.com/games/hfox/315948
And our Discord can be joined riiight here! discord.gg/havoc-studios

Havoc Fox is my life. More than a hobby at this point --  it's a stepping-off point for my career, and I'm in charge of doing the art, music, code, design, and almost everything else.
Thing is...I don't have all the time in the world, and doing almost everything by myself can really tire me out, plus it's very time consuming and can delay the release of new builds and dev logs quite a lot.

With the support from my patrons, I would be able to afford team members to take the reigns of more difficult jobs, such as overhauling older sprites, designing levels, and composing intense tracks, leaving me a lot more time to focus on building and coding levels, and therefore new builds and updates would come a lot faster! The quality of the game would also increase greatly, due to more experience being put in, and me having more time to analyze issues.
Patreon will also help a lot with paying my current team for their amazing work, and it will enable me to support myself outside of commissions and other development work. Because again, I like being alive! （´・ω・ `）

By pledging to support the development of Havoc Fox, you can get nice stuff liiiiike:
-My undying love and support! <3 <3 <3
-Cool arts! Regardless of whether or not I have open commissions!
-Access to PATRON - Exclusive channels on the Havoc Studios Discord!
-Access to alpha and beta testing!
-Access to concept art and work-in-progress themes
-DEVLOGS before their official release!
-YOUR OWN CHARACTER in the game....
...and a bunch more! Just check out the tiers!

Thanks so much for visiting! I love you ٩(⁎❛ᴗ❛⁎)۶

$703.76 of $1,000 per month
We're going to bring Havoc Fox to a CONVENTION! The details are of course, not finite yet, but if we hit this goal, we'll be working out plans to host a booth at at least a semi-popular con and spread the word to whomever dares to visit our domain!
1 of 1