is creating A Sci-Fi/Fantasy Webcomic with Super Heroines

Any was an unassuming college student, until she was offered an intern job by a handsome and reclusive benefactor. Along with her friends, snarky Pato, caffeine-fueled Clau, and sociable Karlita, Any thought that they were getting an ordinary scientific research job. Instead, they gained primordial superpowers activated by subatomic radiation, and became the M9 Girls!

M9 Girls! is a Fantasy/Sci-Fi comic penned by Rulopótamo and drawn by Shadow, two Mexican creators with a love for storytelling, manga and comics.
Although you can expect to see action scenes, this comic has a heavy shoujo influence, so you will get to see how the girls go about their everyday life and how they relate to each other. 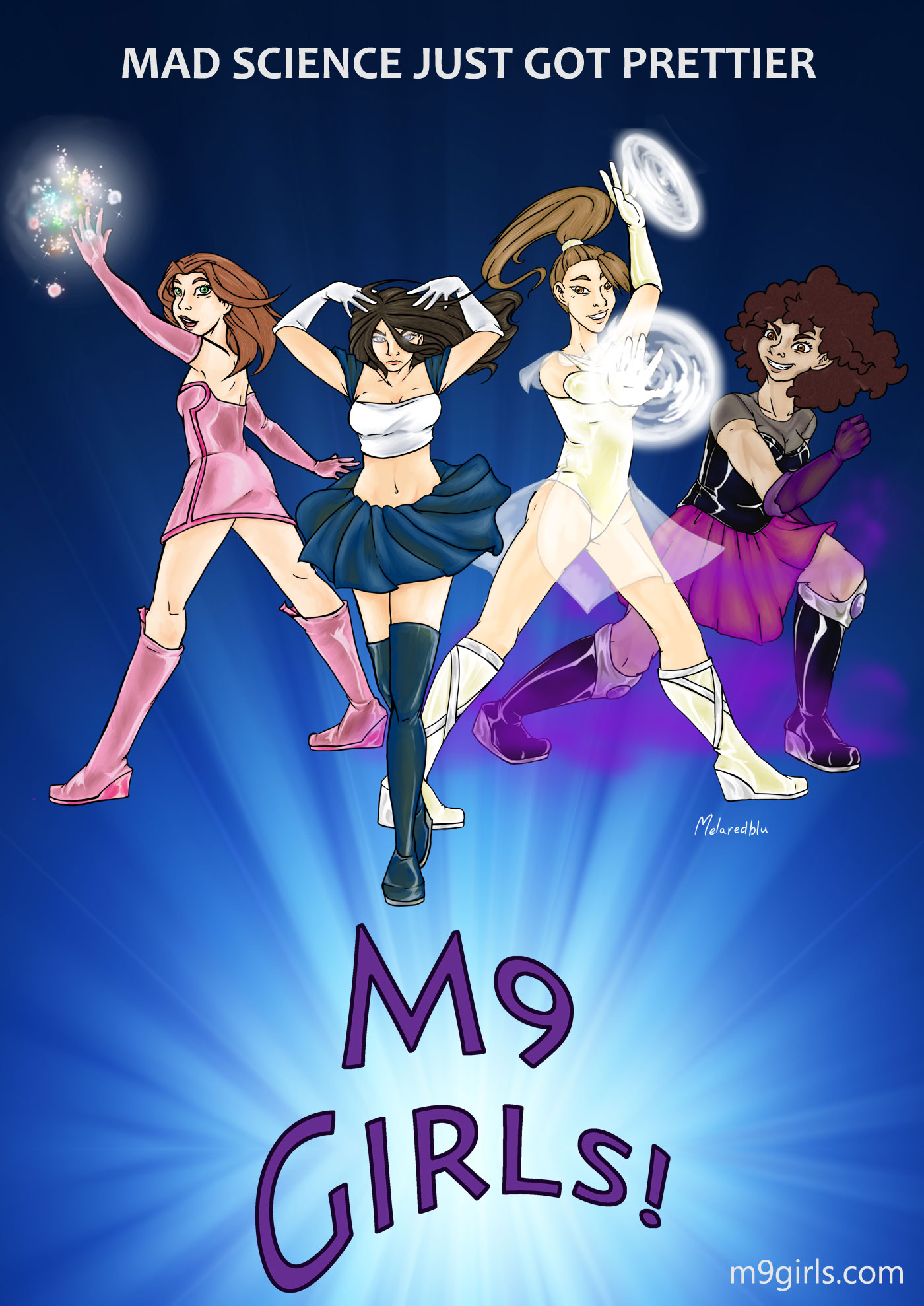 Your support will mostly help to pay Shadow's fees, plus giving both creators even more motivation to keep working on this ongoing story.
So hop-in and follow the Girls adventures, know their personalities and quirks, and see them grow together as a team.