hook5project is creating content you must be 18+ to view. Are you 18 years of age or older? 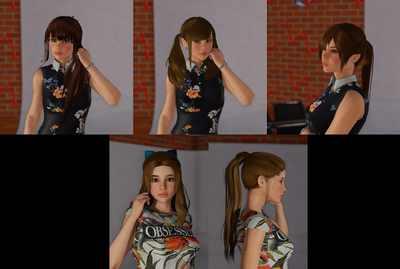 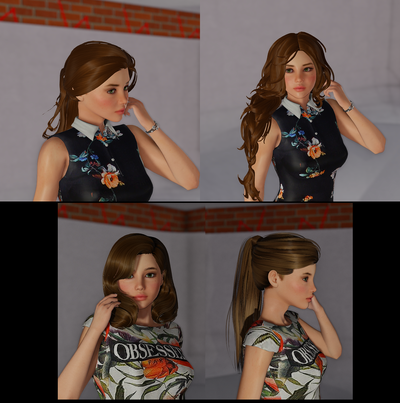 $5
per month
Join
If you pledge 5$ you can download all 1$rewards and plus some additional content that will be posted.
Right now you can get +4 models of hair with physic support 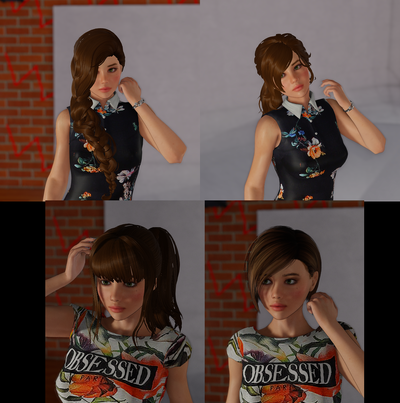 $10
per month
Join
if you pledge 10$+ then you will get lower pledge rewards and also additional content.

3DSexVilla2 is old 3d sex simulator, which allow to you select up to three characters, select some scene for action and create some static or animated pose. The game has great character customization functionality and very simple pose creation interface, but it has very poor graphic, because it was development under directx8.
TheKlub17 is the same 3DSV game, but hardly moded by internet community, it has wider customization functionality, a lot of additional mods like new cloth, rooms, toys and so on, but still the same graphic.
I have some experience with graphic programming and I decided try to change 3d graphic of this game. It was a long way, I developed hook, hook2, hook3, hook4 and every new one was better and complicated then previous one. Now I want to try implement hook5 with using directx11 and some great stuff that provided by directx11. What is hook5 - is a graphical enhancement mod, which allow me change shading style of various objects in game, insert some new object into game scene, apply some 3d graphic effect to whole image, now hook5 already support physx ragdoll hair. Hook5 under development right now, but already....:


Base Ideas
The things that already done:
Physicaly Based Rendering (PBR), Image Based Lighting (IBL), High Dynamic Range (HDR) - Allow perform shading of objects in modern style (UnrealEngine, Frostbite, CryEngine)
Automatic reloading for hook settings, level_definitions and textures - this features let to us more comfortable way to adjust scene in game by our wish, proper cull system for scene objects that will preserve performance due to avoid rendering of invisible objects.
Lights without shadows which can be used like a secondary light sources and will be rendered much faster than lights with shadows.
BumpOffset and Parallax Occlusion Mapping - allow improve objects surface detalization
Hook objects - Opportunity to insert static objects into game scene via level_definitions,  transformations and parameters control in runtime.
Tessellation - runtime tessellation with Directx11 allow dynamicall increase amount of polygons at shading stage, so characters surface looks more smoother. In plans implement displacement - which will allow allow us to create more detailed and realistic skins for game characters.
Screen Space Subsurface Scattering effect wich make skin lighting more smooth.
HBAO and Screen Space Reflections, that make scene more detailed in ligthing and reflectiions terms.
Compute shaders and MultiThreaded rendering can increase performance of game rendering.
PhysX objects that can be used as hair, earrings and so on.
OculusHome support, Anaglyph and SideBySide separation. (in plans ViveVR)
Runtime hook menu with lot of options and parameters for everything - lighting, posteffect, objects transformation and parameters and so on.

Exclusive Ideas:Also there is ideas that will not be included in base version of hook and will be implemented (if not fail) only in exclusive version of hook: RealtimeGI - scene global illumination, which can greatly inrease scene ligthing quality and realism, I'm very interesed in such a thing, but not sure that it can be implemented in game, but, at least I will try untill any chance for this. And two ideas Dynamic Clothing and SoftBody for characters body model - I almost sure that this ideas can not be implemented in such game via API interception or will be bugged, but again a will give it a try and if I will have success, it will be included in exclusive version. The same will be with all new ideas that will require additional learning and experimenting.
The top supporters will get exclusive version of hook(with exclusive ideas) and exclusive rewards