Hugging the Cactus by Andy Signore

Hugging the Cactus by Andy Signore

$1
per month
Join
You don't have a lot of cash, and don't need all the benefits, but you still want to support our regular daily Hugging The Cactus content. Hey I'll take it! You'll get some posts here and there, but just won't get access to exclusive video content.

$3
per month
Join
At this level you'll be supporting regular Hugging The Cactus content, as well as early access to Episodes, and exclusive posts and images.
Includes Discord benefits

$6
per month
Join
For the cost of one movie ticket per month - You'll get to support our regular daily Hugging The Cactus content, the bonus posts and early access... But at the Cactus Hugger level, you'll have access to our bi-weekly (sometimes more) Members Only Podcast, where I have more serious conversations with colleagues and potential guests of the show.

About Hugging the Cactus by Andy Signore

Help Cancel Cancel Culture, by sharing the stories of those who were unfairly wronged, and deserve a path to redemption. We successfully reached our first goal on Kickstarter to fund season 1. But many who missed that deadline asked for ways they could still help us reach our larger stretch goals of turning this into future seasons and a possible documentary. Funds gathered here will help us continue to tell these stories.

If you'd prefer to give a single larger donation, you can do so via our GoFundMe:
https://www.gofundme.com/f/huggingthecactus

While we attempt to raise funding for a proper SEASON 2 - we have created a new weekly series: The KEEP GOING Podcast. Each week, Andy brings on a new guest to talk about a single serious topic for around 30 minutes. Topics range from Infidelity & Why We Cheat, to Alcoholism & The Struggle of Admitting You Have a Problem. Its an in-depth 1:1 truly honest conversation that we hope will help others out there talk more openly with their own friends and family, but ALWAYS with a more positive, inspirational spin. As no matter how heavy life gets... there is always a light after the dark. We must always encourage each-other to keep going!

HUGGING THE CACTUS - Season 1
Caylan Ford was wrongfully canceled from Politics in Calgary.
Survivor winner Richard Hatch was wronged by CBS and the Government
Kelci "Saff" Saffery was featured on Netflix's Tiger King and shares her own story, as well life with Joe Exotic
Nicole Crowther was bullied out of Hollywood by the producer and fans of the show GLEE
My name is Andy Signore, and I am a successful content creator responsible for such popular brands as ScreenJunkies, Honest Trailers, Man At Arms and more...

Two years ago I made some deeply personal mistakes that greatly affected my life and many I loved. I was unfaithful to my ex-wife, and was caught flirting online with my fans. One of those fans exploited these inappropriate transgressions, turning a completely consensual affair - into false allegations of sexual assault and abuse.

While my flirtation with fans as a content creator was indeed questionable and a mistake - It was the specific criminal charges that crippled me - turning any flirtation I ever made into malicious and predatory behavior. My fanbase and colleagues upset with the news - and caught up in the first few days of the #MeToo movement, bought my false accuser’s story hook, line and sinker. They allowed her to lead a social media mob to terminate my employment, scorch my name and livelihood.

I didn’t know how to prove my innocence in a “he said / she said” accusation like this - until I realized that google had archived all of my deleted messages - allowing me to revisit our chat logs, emails and photos, - and proving my accuser was not being truthful. After finally settling my case - I released a video that finally showed the truth. I implore you all to watch it in full when you can:


The response was overwhelming. Many were shocked by the truth, but media outlets still wouldn't cover my story. They didn't want to report they were wrong. News outlets love to post the salacious accusations, but not the retractions.

Fans finally came back out to support me, it was amazing. As I stood in this new spotlight I realized how grateful I was for the opportunity to rebuild - and as thousands of messages of support came in - so did messages from others who had been screwed over - or falsely accused - some weren’t as lucky to have saved their evidence.

Some of the stories were heartbreaking. People living with the shame of mistakes they made -that were often blown out of proportion, and never being able to share their side of the story, to have the possibility of forgiveness. I was inspired.

I wanted to tell their stories.

During my recovery period, a close friend sent me this exchange about forgiveness, between Robert Downey Jr and Mel Gibson.

If I accepted responsibility for my wrong doings and if I embrace that part of my soul that was ugly - hugging the cactus - he calls it - he said that if I hug the cactus long enough I’d become a man of some humility, and that my life would take on a new meaning. And I did. And it worked. All he asked in return, was that someday I help the next guy, in some small way.
Those two years of mine, while the world continued to label me a monster - I was left alone with my mistakes, my shame, my grief and my anger… I was forced to see parts of me that I didn’t like. By hugging my own cactus as long as I did, I found new reasons to be a better man.

Regardless of the gravity of our mistakes, falling down can unleash honest self reflection, and make us better people. As I read countless stories from others sharing their struggles with no platform to speak and just needing to be heard - I realized I could take my hosting, editing and story-telling skills and use my new spotlight - to help others who deserve a second shot.

When you’ve been publicly shamed - and wrongfully accused - the world goes dark - and you begin to lose your own self worth. I am so grateful to see the light slowly turning back on for me, but there are so many people out there that don’t have the platform that I do. This project is a chance for all of us to help provide a glimpse of that healing light for others who are lost.

To give them a platform to be heard. To help them stop hugging their cactus, and finally light a path to move forward.

I hope you'll consider helping support this new channel and movement with me!

Also keep in mind, supporting me here, will also support my separate Entertainment Brand & Community: Popcorned Planetwhich this Patreon was originally built for. As that channel started gathering YouTube Memberships, I decided to repurpose this page to support my Hugging the Cactus brand instead. 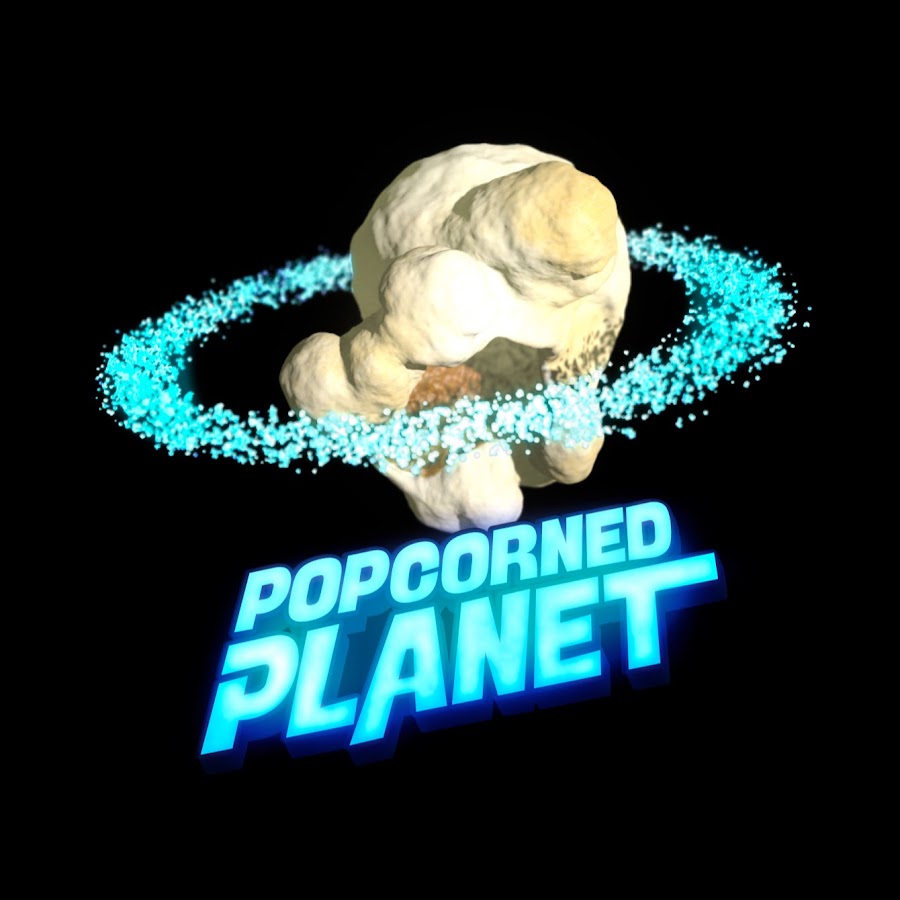 If you've ever been a fan of my work in the past... If you believe in growth and redemption stories... If you want to be on the ground floor of helping me build Phase Two... I implore you to join this Patreon to get involved. It will a place for you to get exclusive content, and offer direct feedback that I will take to heart.  And you will help me get to my goal of getting paid to make content again for you full-time. But this time YOU are my boss.

I've had so many supporters reach out to me privately, telling me they are afraid to support me publicly, due to the potential backlash in this online community. Its time to build a new space that's respectful, but not afraid to also speak its mind. One that can take accountability when it messes up. With my background creating channels and your support - I know we can create some fantastic new destinations.

14 of 500 patrons
I'll commit to weekly LIVE NerdWars again... Or whatever format my Patreon supporters demand at that time. Its just very time-consuming to do ongoing without more financial support, so thats why they are sporadic.
1 of 1

Recent posts by Hugging the Cactus by Andy Signore