Hyao is creating content you must be 18+ to view. Are you 18 years of age or older?

Your support is greatly appreciated and will help make the game better!

Additionally you'll get the following:

Additionally to the previous rewards you'll get the following:

What is Lustful Desire?

It’s an adult text-based game with RPG mechanics, inspired by titles like “Flexible Survival” or “Trials in Tainted Space".


You can play the free public version here:

Can you tell me something about the world?

It’s a typical fantasy world where people lives in a small towns trying to survive in a dangerous surroundings. The wilderness is full of beasts and unfortunately not all of them are friendly, not to mention it’s very easy to get lost in thick forests or vast swamps. Some even mentioning ancient ruins scattered all around the land, but not many were able to learn about the past. It’s easier to stick to one safe place, instead of traveling, but yet it still not stopping people from exploring.
Lately the situation started to change. The urges and desires rises everywhere making living creatures wanting something more than only food and a place to rest. 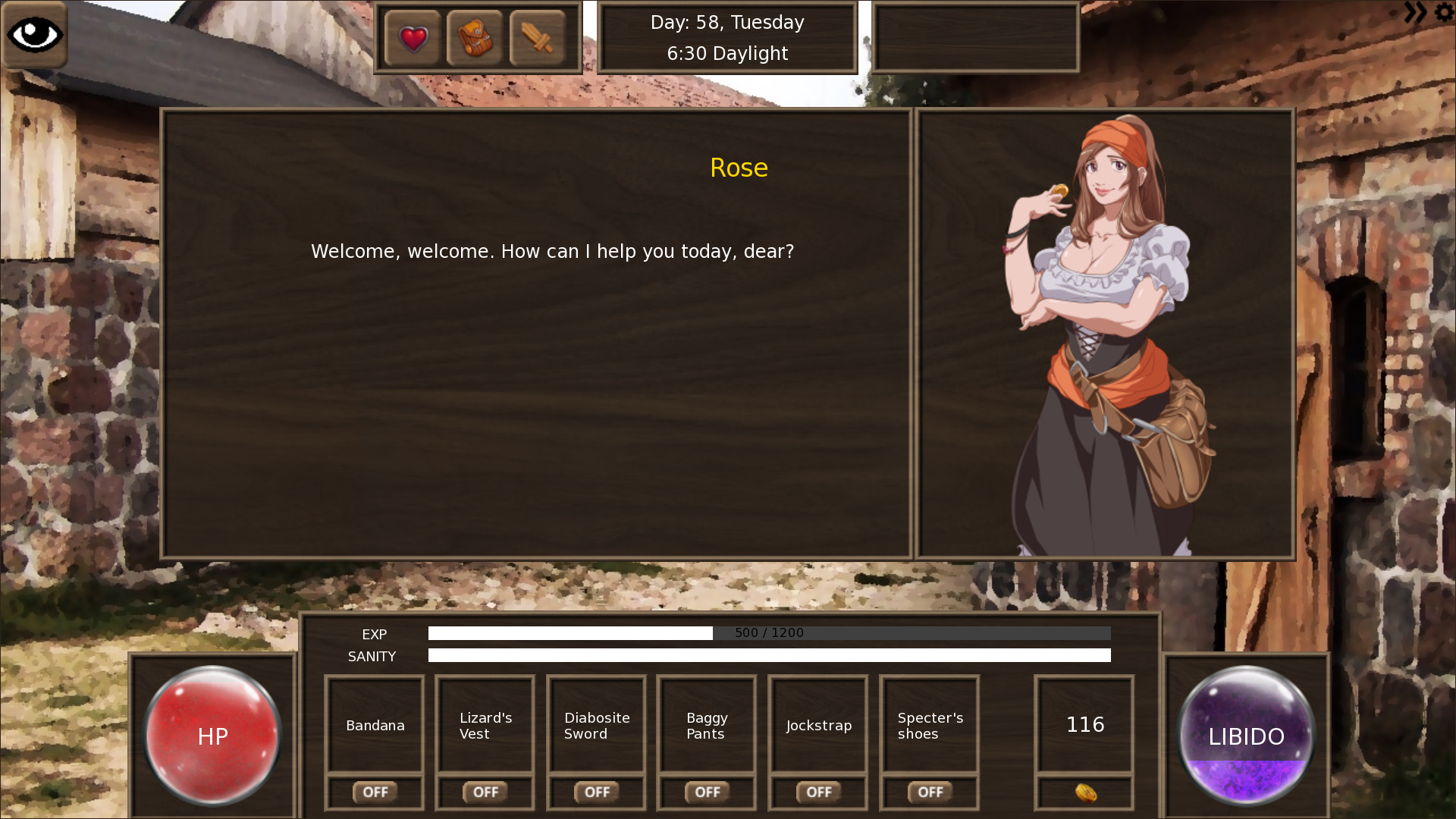 How does the game looks?

Like in all text-based game everything here is described with words. A lot of words.
The graphic is only a helping touch. At this point everything in this area is a Work In Progress – background, interface. In the future I hope I will be able to add graphics of creatures and beasts you can encounter.
Artwork is done already by ZoroJ - you can check his own patreon page: ZoroJ
Background is done by Gavel - check his twitter: Gavel 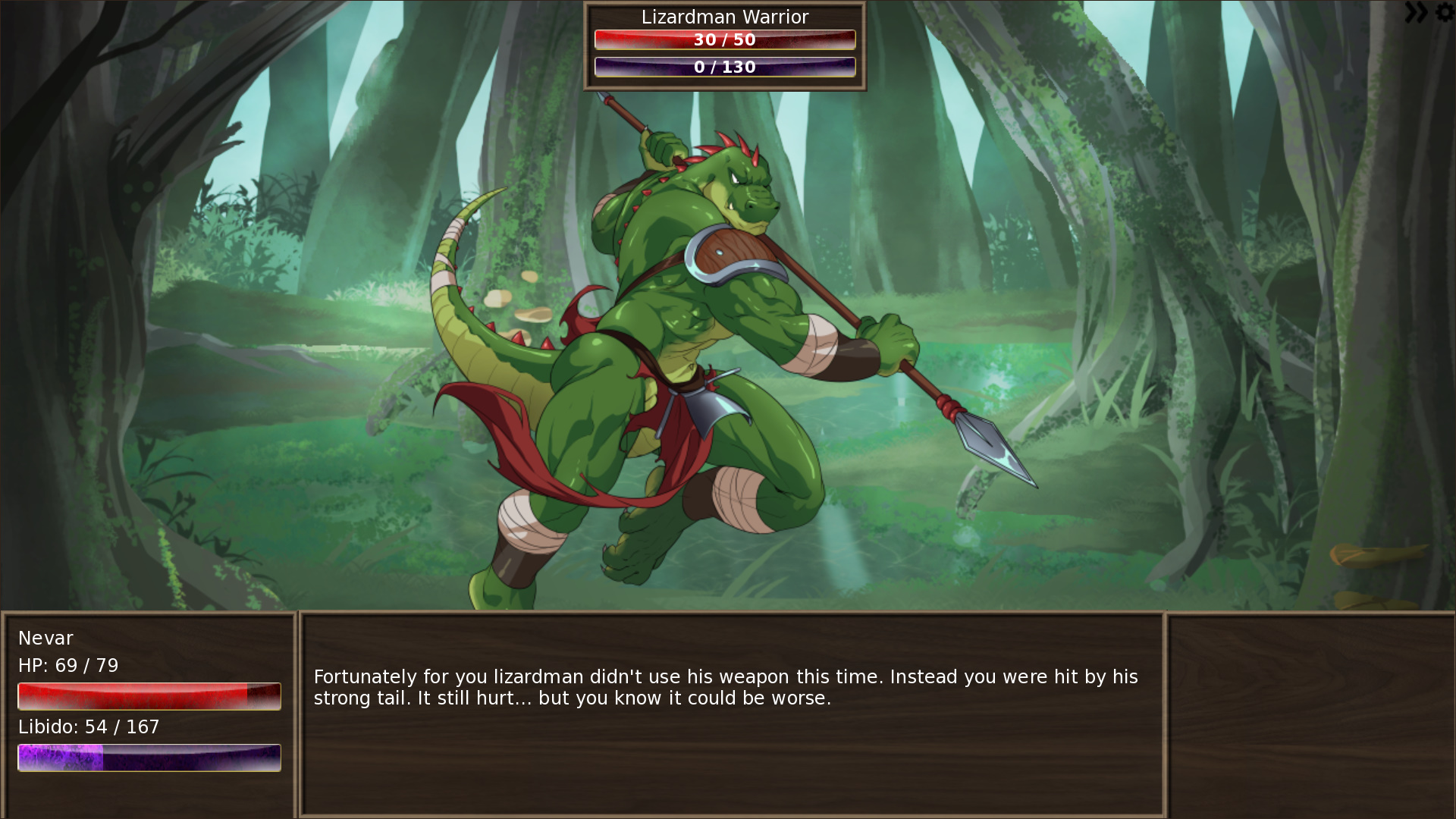 What do I do in this game?

During your adventure you are going to meet a lot of people and you will face many different situations. Have in mind that the way you deal with the problem may have consequences later. Do you want to be a hero everyone respect or maybe you prefer to give all the pleasure to everyone interested?
During the talks you will have the options to pick the way you want your character to behave. This may look similar to narrative in a visual novels and like in those some scenes gonna look different depend on what route you took.
There is also a simple battle system. You gonna meet the same opponents very often and their behavior will change depend on how you acted earlier. The bandit will look at you differently if you decide to submit to him, instead of fighting.
Also as an herbalist you will learn a lot about making potions which will help you during your journeys. Prepare yourself for a lot of trips to find resources needed for crafting, but be careful because they can end in an unexpected ways. 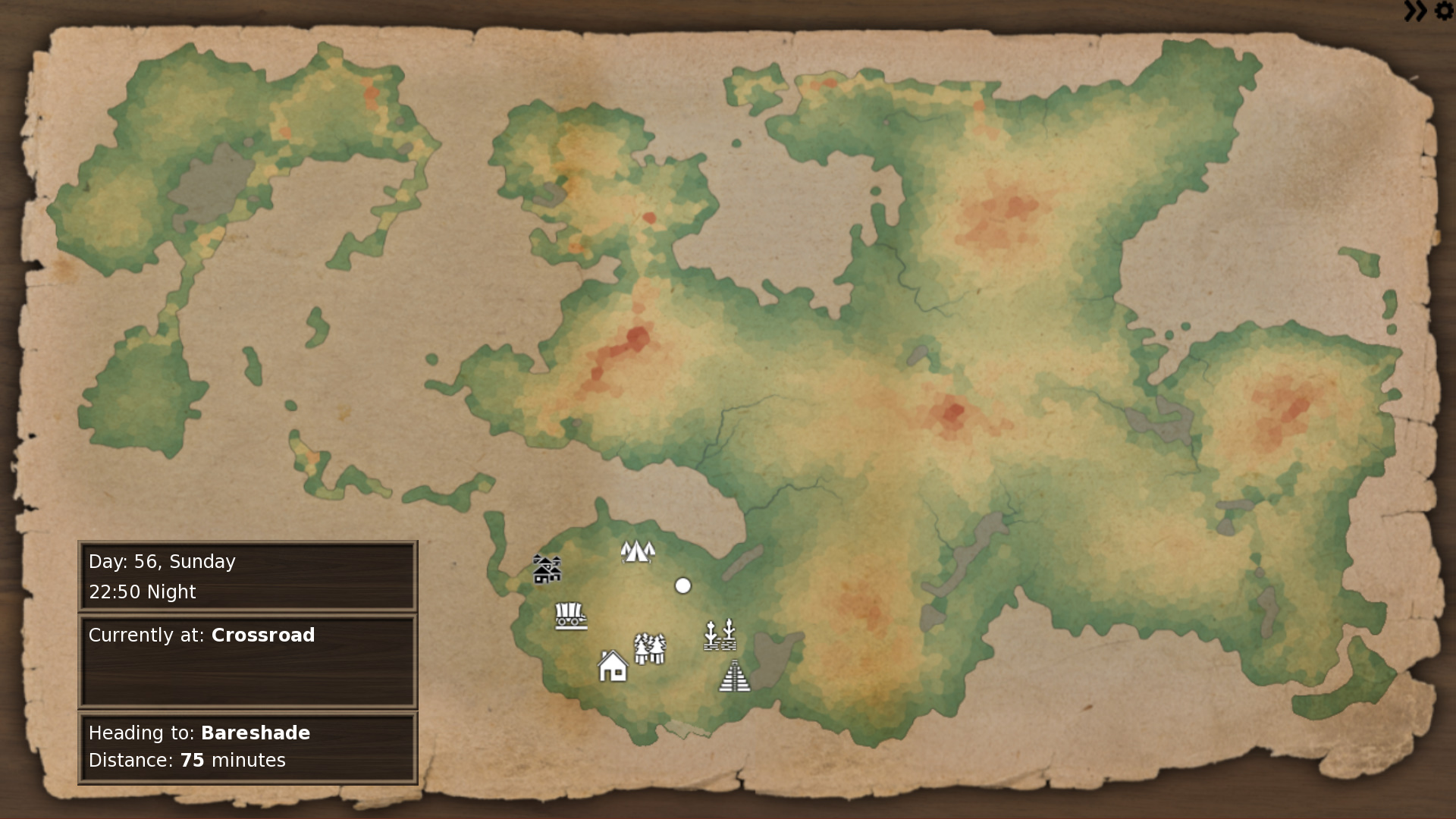 How about some kind of summary? 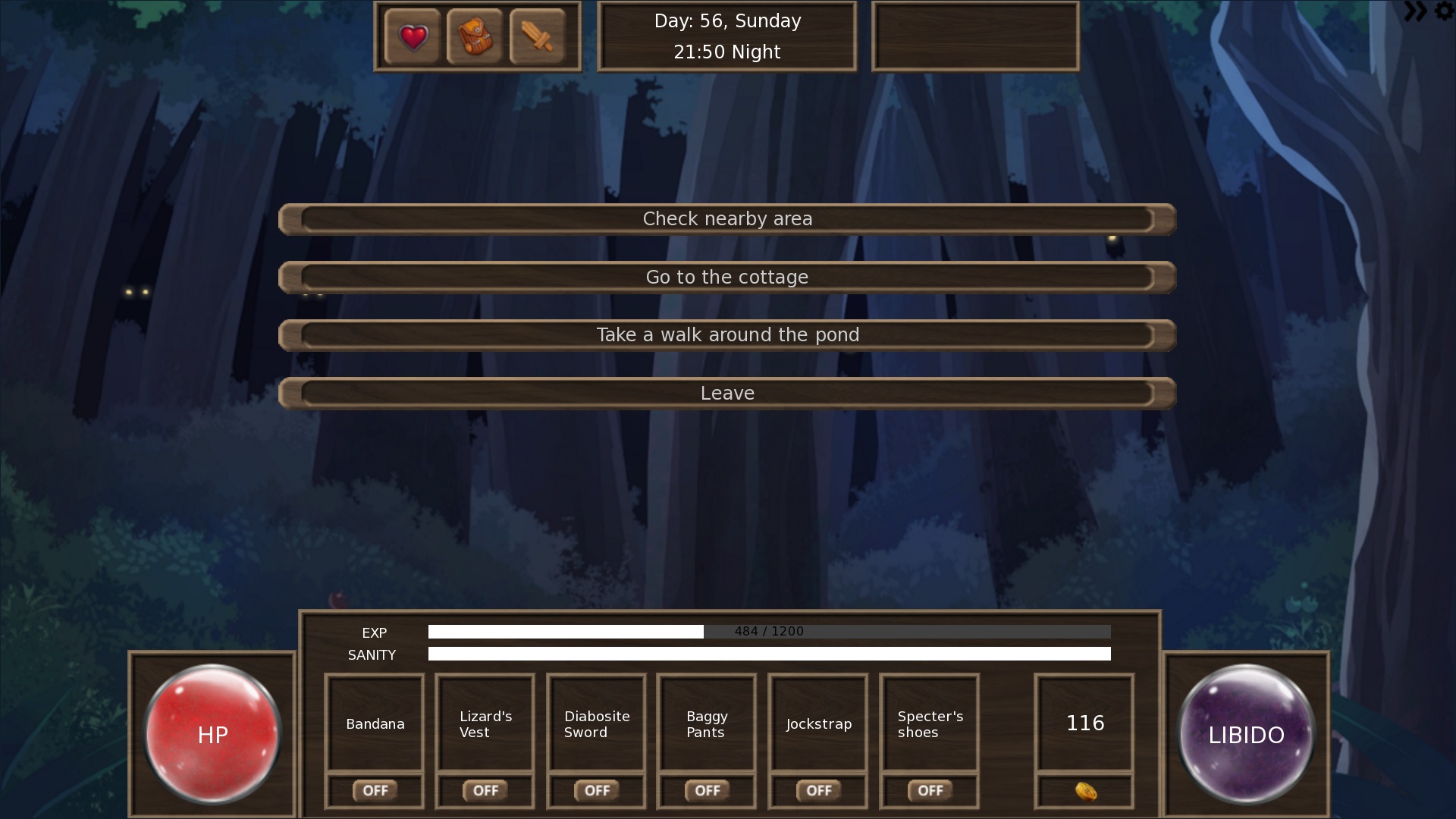 What are you planning to add? 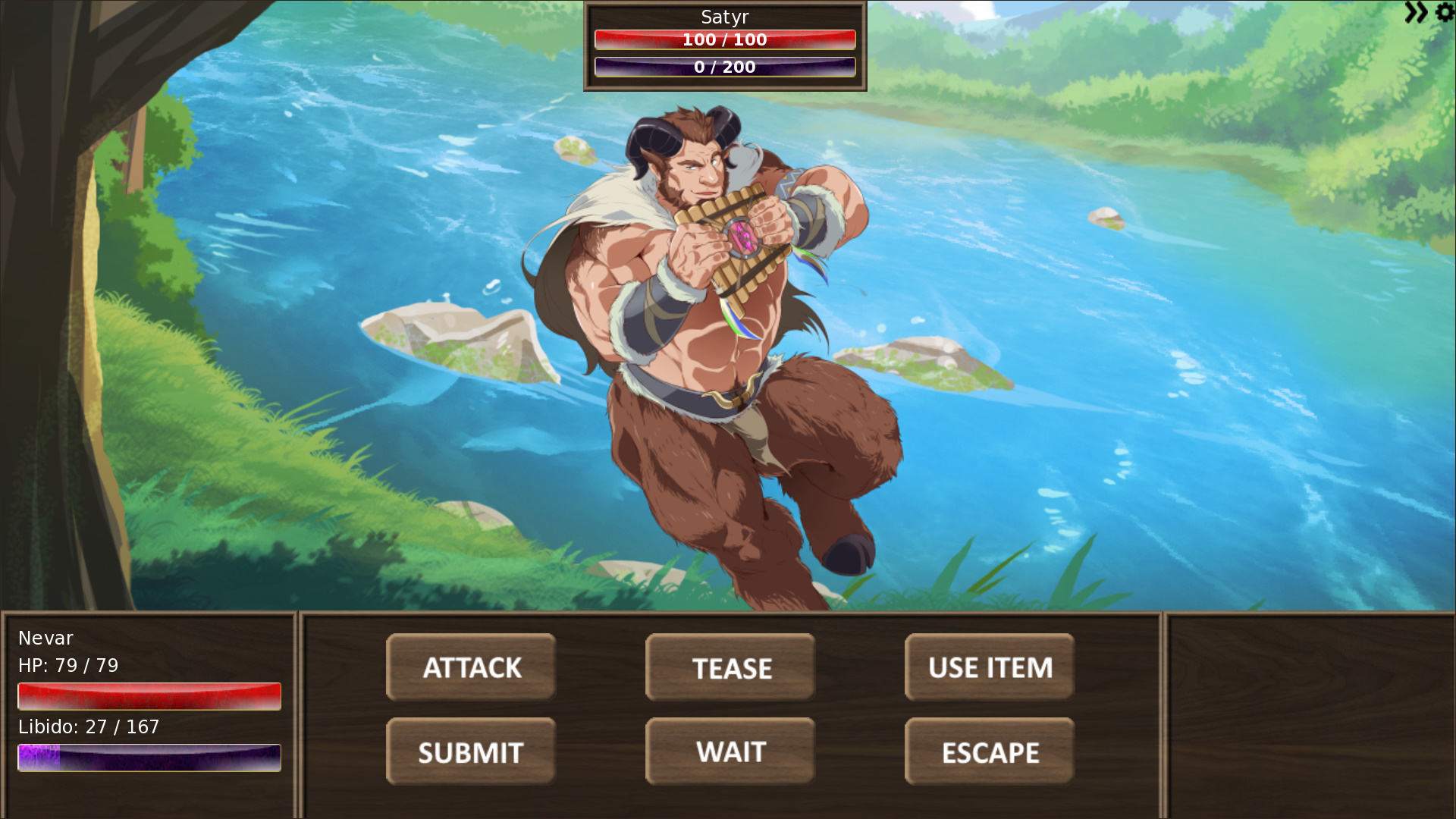 Who are you again?

Beginning writer and coder.
English is not my first language, so I apologies in advance for any mistakes I make.
My route to become a programmer started recently. For now I’m using Ren’Py as it gives me opportunity to focus on the content without thinking much about the whole interface stuff. Yet I already reached a point where the program is actually stopping me from doing things, so there is a chance I will switch to a different method at some point.
I’m trying my best to improve both in programming and writing sides, so expect a lot of changes in the future.
My Twitter