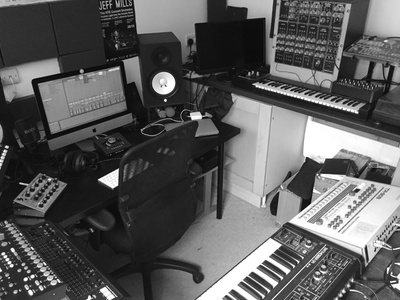 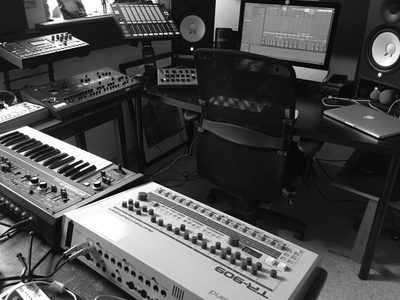 $38
per month
Join
All the benefits from the Music Producer Bootcamp + 1 stereo master every month. 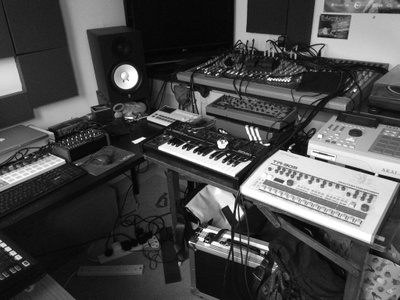 $125.50
per month
Join
All the benefits from the Music Producer Bootcamp + 1 stereo master and one monthly mentorship session with Hybrasil.

Patreon Members also get access to audio engineering services & sample packs by Hybrasil. Over the past 10 years Hybrasil has worked with a number of key artists in the industry including Radio Slave, Octave One, SRVD, Raven and Theo Nasa.

About Hybrasil
Hybrasil learned his craft working as a house engineer at Temple Lane and Grouse Lodge Studios, where he recorded and produced music on NEVE and SSL Consoles across genres such as Blues, Jazz, Folk Music, World Music and Prog Rock. After many years of honing his skills as a sound engineer with a variety of different artists from different backgrounds, work on the Hybrasil live and studio project began.

In 2005 he took up residency as a radio DJ, presenting a late-night 3 deck mix show inspired by The Wizard on WJLB Detroit. It wasn’t long before Hybrasil was picked up by Irish National Radio. A broadcasting career that eventually spanned a total of twelve years.

The Hybrasil live project debuted in 2016. What followed was a series of digital/vinyl releases on his own eponymous label and a number of key performances at festivals and clubs across the continent. His most ambitious project took five years to develop. For this, he wrote a live show entitled ‘Spaces’, performed before Jeff Mills & the National Concert Orchestra at Dublin’s Bord Gais Theatre.

Shortly after moving to Berlin in 2018, he was welcomed into the Rekids family by Radio Slave, debuting on the label with the ‘Afra EP’ in May 2019.  Since then he’s been working as a technical consultant for the SRVD Live show and has earned a number of mixing credits on Rekids.

In late 2019, as a result of his time spent in Berlin, Hybrasil released his debut LP ‘Embers’ on Rekids. Of his debut album, Hybrasil states: “It’s inspired by the people I have met here in Berlin and my experiences in the city. It is written, produced and mixed for the Panorama Bar / Berghain sound system and the people who dance there.” Following the album release Hybrasil was invited to play at Panorama Bar in February 2020

Experimentation and improvisation are at the core of the Hybrasil concept. In 2020 Hybrasil delivered his first audio visual collaboration ‘We Don’t Flip’ with Tom Hodgkinson of Bristol based design studio ‘Shop’. ‘We Don’t Flip'' was released on Rekids (July 2020).

In 2021 Hybrasil debuted on Carl Cox and Christopher Coe's Awesome Soundwave label with Dezik EP, with a follow up album penciled for 2022.