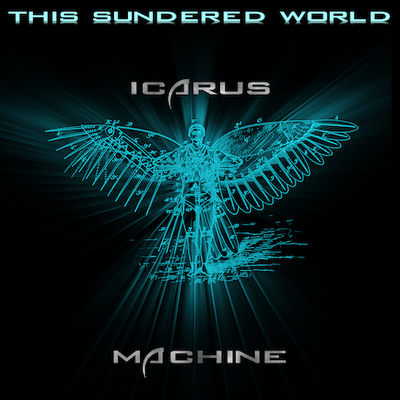 The music, the fiction. All free for you. Our Thanks. 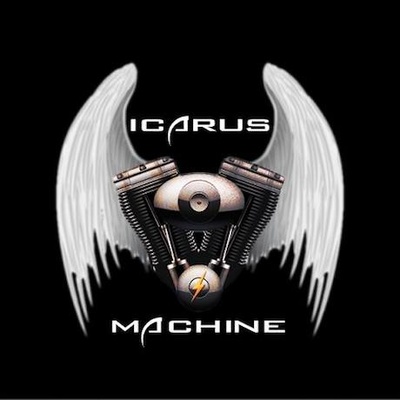 The music, the fiction. All free stuff for you. Plus the feeling of really helping creators create. And our Thanks.

From The United States, from Canada, from Spain, from Ireland,
This is Icarus machine.
Bill Babcock.
Jenny K. Brennan
Jordi Ribas
Ben Theobald
Bill and Jen both wrote and produced music separately on the collaboration website kompoz.com. When bill contributed guitars on jenny's track "Wasted" it was clear that their first collaborative production would not be the last. After a number of-collaborations, they knew they wanted to create something different. A song and a short story to go with it.
The story quickly grew beyond short story length, and song ideas wouldn't stop emerging. In 2015, we decided that we might as well start a band to go with all that creative madness. Icarus machine was created and the first album "This Sundered World", and the novel with the same name were well on their way.
Quickly, realizing that a real bass player would be a must, it didn't take long to ask Jordi to join us. Jordi was the obvious choice. A talented songwriter and musician, he is a maestro well beyond Icarus Machine;In  the goth metal band "Voices of Galadh" just to mention one.
Finding a drummer turned out to be more of a challenge.
But when Ben added his fantastic work on a recent song, we knew that he was the drummer we had been looking for. Right away we asked if he would be interested in working with us. We couldn't have been happier to hear that Ben was not just interested, but more than excited to join Icarus machine in October 2019.
Thus, we were complete.
At the time of this writing, Icarus machine has released two albums and published one novel, all taking place in the fictional Sundered World. The second novel in the series is currently a draft counting 41000 words, looking at a final count of 90000. We are currently working on an EP which moves away from the fictional and dives into the drama, the trauma, the mental frailty of human relations. This EP is intense, personal, and doesn't shy away from the dirty dark sides of people in the real world, the imperfections, the human need, and the endless complications of the human psyche.
Our goal is to continue creating our music and tell stories. Because in This Sundered World there is always a story to tell, whether it's in a fictional world where birds become machines and humans are bird-feed, or in this real Sundered Society where our collective f***ed up states of mind force us to realize that we are all "Fragile".