is creating The Hand and Knight Janek

$1
per month
Join
All updates on what we're working on! Also illustrations and videos a week earlier and a shiny reserved spot for your questions and art for the monthly stream.

$5
per month
Join
Here I share with you my thought process behind all of my illustrations! Also my handwritten font for your use, 2 new HD illustrations each month plus an archive of literally everything I've ever put on the internet. And a personal pic for staying a while longer!

$20
per month
Join
Ebooks here! Lots of learning material, plus all the benefits of the previous tiers. Also a shorter period for a personal drawing <3

Hi everyone!
My name is Igor Wolski, I'm an illustrator and a comic artist from Poland. My absolute biggest love in life is creating intricate, detailed art, full of colorful characters and freaky stories. I've been publishing my work since 2005 and now it's time for the next level - I have two huge projects I just started and I really want to put every bit of my heart and soul in.

The Hand
Told entirely in big scale, detailed illustrations, counting around 120 pages, a story about a world of anatomically peculiar creatures worshipping a diety with a hand instead of a head. They recently learned they only have a few days to live and all try to make peace with it. Would be a shame if someone's big stupid mouth threw a wrench in their peaceful transition, right?
Based on my fascination with religious paintings and anatomy, this story started out as a series of self contained illustrations. I've felt so much connection artistically with this idea, that the last two years I've spent writing a story based in it. It's going to be big, epic, and super weird. 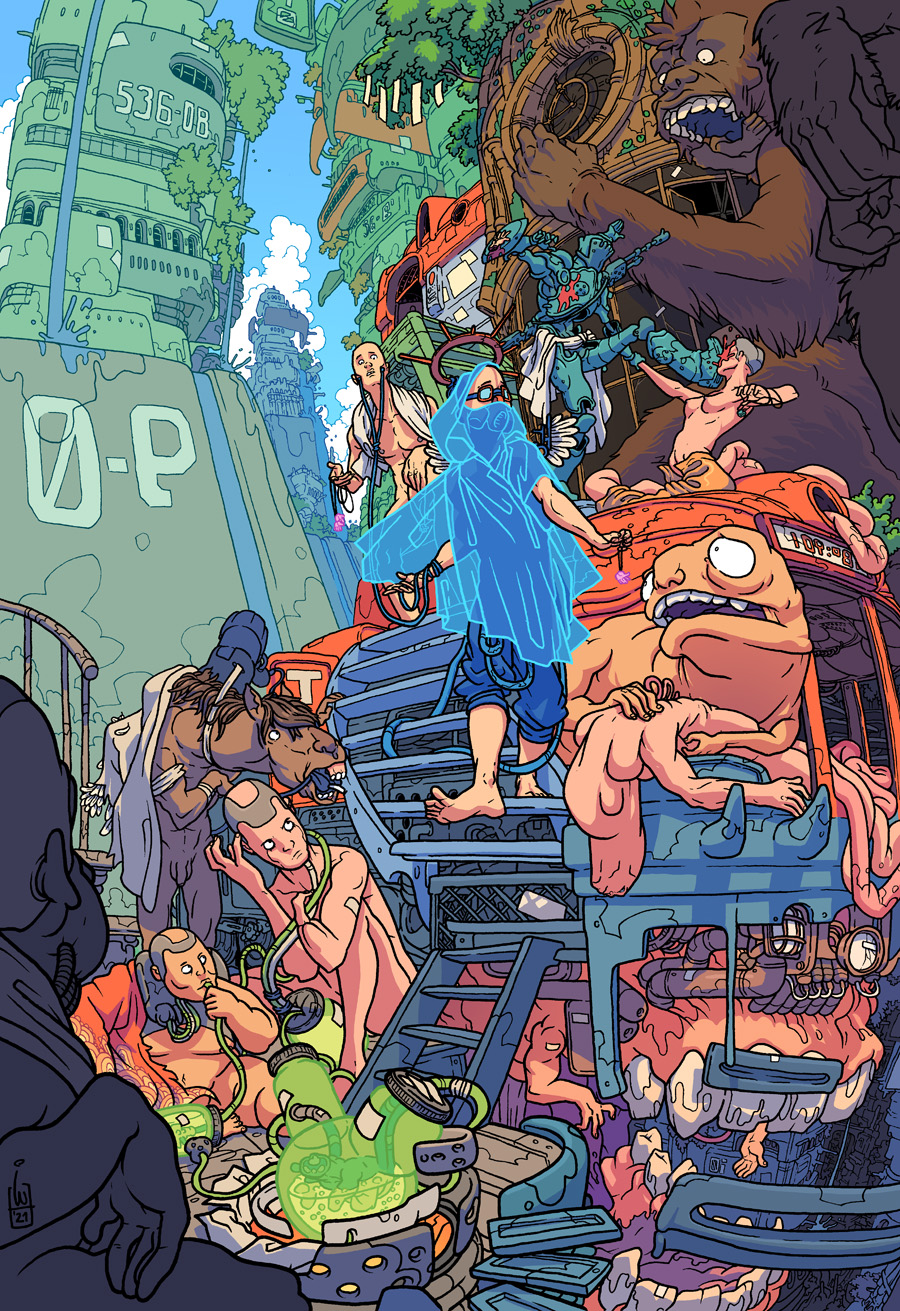 Knight Janek
This epic fantasy comedy is a series I've been publishing in Poland since 2007. The titular knight Janek is a mountain of muscle with a pure heart, unwaining will to help otheres and not much in the complex thought department. His quest to bring aid to those in need takes him to situations, which often turn out to be more complicated than a simple matter of slapping the bad guy and saving hte villagers. In 2016, with three other artists, we embarked on restarting this series properly, and now it finally saw the light of day with it's international publication - "Knight Janek - Instruction for making a proper offering to forgotten gods". I would love to keep up that momentum and be able to continue this series 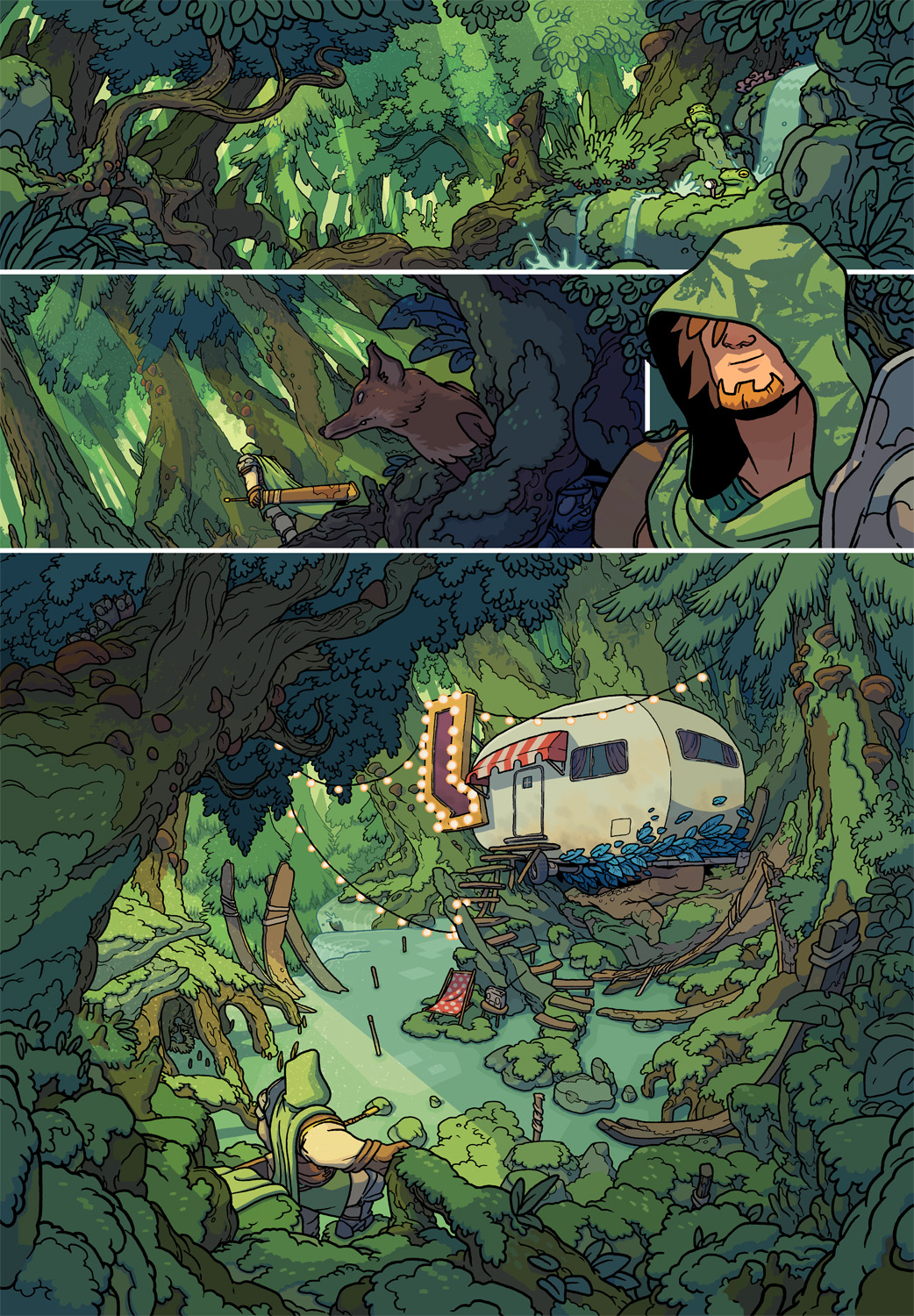 Where does the money go?
Simple - more money from sources like this translates directly to my ability to work less for other people and spend more time working on these projects, so I can bring them to you faster!