is creating sound contents, music and installations with birds songs 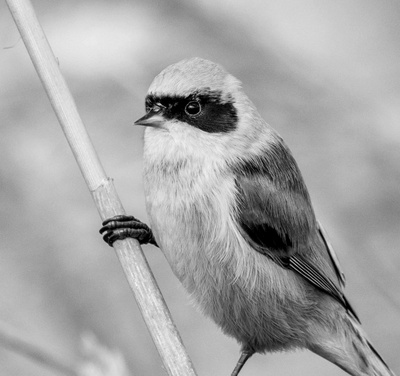 thank you so so much best birdies (pendulines are my favorites)!

+ monthly sheets, infos and talks about the bird box to build your own for your music (according to how goes on its design)

hi, i'm marylou, and i'm a french sound designer, musician and researcher based in eindhoven in the netherlands, and i have a fascination for birdsongs and natural soundscape recording (the songs from nature).

i have a background in concept design, and i use it as much as my musical skills to experiment sound materials for my master studies at the Design Academy Eindhoven (graduation with a thesis in 2020). i started to work with fields recordings last year and became nerdy in birds recognition through their singing.

i'm developing a project for european museums and touristic centers: a sound tool/installation which makes visitors discover the richness of their region's soundscapes, especially birds: it promotes an active listening of our environments in order to nurture ecological awareness. the first chapter of this concept takes place in the natural park of camargue in france, and it's a collaboration with the design research center 'atelier Luma'.

sound design can be used as a preventive tool, and can complement an ecological scientific approach: in the camargue, many bird species are declining because of climate changes or because of pesticides' uses in modern agriculture systems (see many articles like this one). sounds are immediate indicators of ecological consequences. they can be more sensitive, faster and precise in their own language: they reveal what can be hidden within visual materials while offering another reading of our territories. my goal is to create an evolutionary sound library of the fauna -starting with birds- in order to follow its evolution year by year, and to develop at the same time in museums sound devices encouraging an intelligible listening of the species' diversity and changes. this approach can indeed build a link between the environment's scientific observation and a general sensitizing experience for the region's public.

as a musician, i create my own instruments (because i'm broke most of the time), and learned so much from DIY communities. as a pedagogical view, my project would make people play with soundscapes the same way we can play with a sort of synthetizer, in order to add manipulation in the listening experience, to create diverse anthems of the natural soundscapes. this could have many variations according to the public: children, musicians etc. the first instrument will be called the BIRD BOX!

aside from this research, i write, compose, mixe and produce my own music. i love to compose with poetry, folk and low-fi inspirations and of course, with my soundscapes recordings. i think that natural sounds should be more used, experimented and produced in music to make listeners change their general attention on them. my first opus is called 'le vent d'hiver' and is released on april 2019. it's an album thought as an unique narrative sound piece to explore, where poetry and alternative folk melodies are constantly dancing with my recordings of dutch and french nature's songs. the full sales amount of 'le vent d'hiver' will fund the research and development of my research.

$9 of $500 per month
wow that would be so helpful for this work!
with this monthly amount i would be able to invest in buying my own professional recording materials (i've been borrowing some since i started working):
- a Zoom H5 recorder (230 euros)
- a Pro Universal ME Series Parabolic +
Microphone Sennheiser K6/MK62 (1200 euros) / using also my own savings from my part-time jobs.

then the quality of my recordings would be definitely better! i will be able to go record anytime, and have more samples and materials to work with.