Iluminus Audio Productions is creating content you must be 18+ to view. Are you 18 years of age or older? 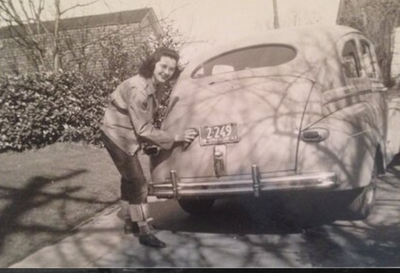 $2
per month
Join
Tier 1 $2 per month will go directly to cast to compensate the for their amazing performances. It will help so much to show appreciation for their contribution to the show!

Your donation entitles you to "behind the scenes content" including out-takes, special shows, and interviews. As always we'll acknowledge your generosity through a mention during the next episode.
$5 Monthly Donation 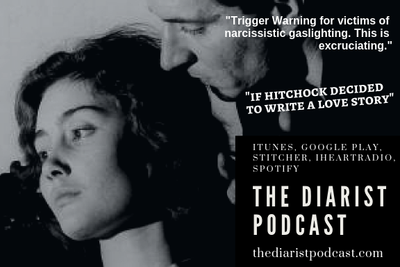 $5
per month
Join
A $5 Monthly Donation will go directly to Equipment and Overhead. It will help so much to show appreciation for their contribution to the show!

Your donation entitles you to "behind the scenes content" including out-takes, special shows, and interviews. As always we'll acknowledge your generosity through a mention during the next episode.
$10 Monthly Donation 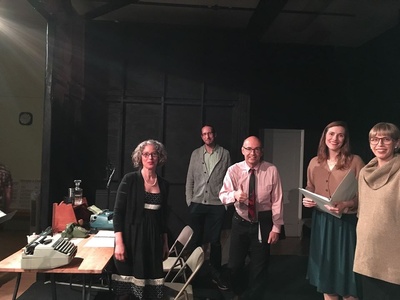 $10
per month
Join
Tier 1 $10.00 per month will go directly to cast of Exurance Is Beauty to compensate the for their amazing performances. It will help so much to show appreciation for their contribution to the show!

Your donation entitles you to "behind the scenes content" including out-takes, special shows, and interviews. As always we'll acknowledge your generosity through a mention during the next episode.

After a successful two years producing and distributing The Diarist, we have expanded to a full audio production company! Illuminus Productions will brig you tantalizing psychological drama in historical and experimental formats.

The Diarist has been incredibly successful and Exuberance Is Beauty will be too!

We just released Exuberance Is Beauty an adaptation of the first historical novel in a series of 5. We need your help to cover production costs and pay our talented crew. The actors currently work for no pay and we cover all our own costs to get this amazing content out to you. Listen to the first episode of The Diarist or Exuberance Is Beauty and hear for yourself! These podcasts are something special. We are seeking patrons to donate what they can and/or sponsor our show with a monthly contribution. Our goal is $20,000 total.  $15,000 will go directly to pay cast. $5,000 is to invest in equipment, costs to distribute, ancillary materials, and investment in future episodes. In return you will have exclusive access found on on Patreon including interviews, out takes, special episodes, and e-book format of scripts and books.

Oregon, 1940s: Eve Miller, a young war widow, rebels against the ordinariness of womanhood in the post-war era. Eve is enlightened as she succumbs to the sensual temptation of an adulterous affair. In its aftermath, Eve Miller's life unravels and leads to unexpected violence and moral isolation. Exuberance Is Beauty, is a contemporary interpretation of Adam and Eve's biblical allegory and Eve's fall into desolation


Reader reviews say it all!

Exuberance is Beauty -- 5 beautiful stars.
Amazon Review
"This story is intense! The time period is 1940s and the setting is Oregon. The main character, Eve, is whisked away to the middle of nowhere to have her illegitimate baby by a married man who seduced her. When he finds out about the child, he starts terrorizing her. He is a classic sociopath, sucking her in and manipulating her. His character infuriated me, and the author did a great job of provoking strong emotions from this reader. At one point, Eve even ends up in a mental hospital. That section of the book was of great interest to me. The ending of this story was perfect, in my opinion. It was realistic and matched the story itself. I love the way the author pulled it all together, and gave us a terrifying glimpse into the mistreatment of women in the 40's and the utterly disgusting way mental health systems were run. The author's writing was beautiful, despite the dark and intense nature of the story. The characters were well-drawn and the story immensely powerful. Looking forward to reading more from this author. Definitely a 5 star read."
The Diarist
Compete Season with 20 Episodes

In 2018 I launched The Diarist a full audio immersion experience for lovers of psychological drama. The series was a big hit.

After completing Katherine Gibbs Secretarial School, Andrea Davies takes a position at a large New York Advertising firm, admittedly there to find a husband and secure a life as a well-to-do, country club socialite. Andrea meets Richard Hayes, one of the firm’s partners. An attraction takes hold. To everyone at the firm, Richard is the powerful yet kind and respectful executive with tragic home life. He appears to be a devoted husband to Margaret, a dangerous “lunatic” who is in and out of psychiatric hospitals. Andrea becomes increasingly drawn into Richard’s bizarre personal life. She begins to assume the role of his wife and mother of his young daughter. However, a parallel reality continues back at his apartment where his psychotic wife moves in and out of insanity.

Things are not always as they seem in this neo-noir thriller. The Diarist, explores the darker side of the human psyche and the terrifying consequences of indulging in base desires.The story unfolds in 17 serialized episodes available on iTunes or where ever you get your podcasts. Meet the cast here. Become  a Patreon subscriber for early release episodes, fan club web pages, the novel, out takes, and member-only mini episodes.

Please help us continue to make high quality fiction stories that can be enjoyed by everyone at no cost!

0% complete
When we reach 500 patrons, we will be able to release even more episodes and expand our series and will explore how to get more quality content out to our listeners!
4 of 4
How it works