is creating Music on Vinyl and Limited Edition T-shirts 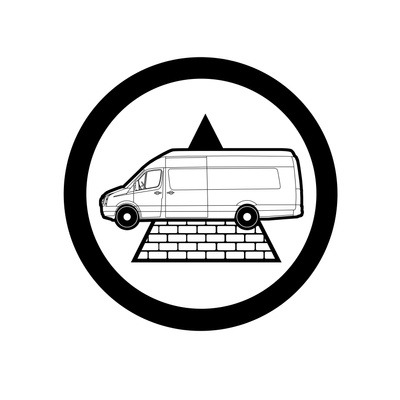 $1
per month
Join
or save 10% if you pay annually
Raising funds for the next Vinyl Release on Iron Man Records. An alternative to social media overload. Patrons get access to the Iron Man Records "Patron-Only" feed.

You will be able to access posts, audio and visuals that are not shared across social media anywhere else.

Your Name printed as a Patron on the next Vinyl Release made possible with your support.

Believe Nothing Suppose Anything

$3
per month
Join
or save 10% if you pay annually
Raising funds for the next Vinyl Release on Iron Man Records.

Any Item of your choice from the Iron Man Shop.

Any T-shirt of your choice from the Iron Man Shop.

You are invited to suggest other rewards you would like.

Plus all previous rewards 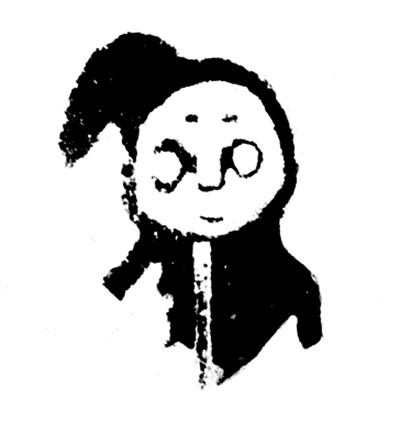 $4
per month
Join
or save 10% if you pay annually
Wandlebury Hill (grid reference TL493534) is a peak in the Gog Magog Hills, a ridge of low chalk hills extending for several miles to the southeast of Cambridge, England.

Wandlebury was already inhabited in the Bronze Age and 2500 years ago there was an Iron Age hill fort here known as Wandlebury Ring. This hill fort once had concentric ditches and earthen walls which were kept in place by wooden palisades.

A number of hypotheses have been made about the purpose, function and decoration of Wandlebury Hill.

One is the suggestion that an ancient hill figure had once been carved into the side of Wandlebury Hill, similar to the Cerne Abbas Giant. This was thought to have been overgrown or effaced in the 18th century. The figure was first recorded by Bishop Joseph Hall in 1605 and later by others including William Cole and John Layer. Investigation was carried out in 1954 by T. C. Lethbridge, an archaeologist and parapsychologist. He found what he claimed to be 3 hill figures picturing ancient British deities - A horse Goddess (Magog or Epona), a Sun God (Gog, Bel, Belinus or Lucifer) and a warrior figure with sword and shield. The Times reported on Lethbridge's discovery as a "previously lost, three thousand-year-old hill-figure".

All monies from this tier will be used to support Flinton Chalk, of the band TC Lethbridge, to "Uncover the Ancient hill figures on Wandlebury Hill" in Cambridgeshire. I hope new materials will be brought to light and in addition, T-shirts and artworks, a Vinyl release of TC Lethbridge - 2000TC and another run of books: TC Lethbridge – 2000 TC Standing on the verge of getting it on by John Higgs.

"The primary goal of government propaganda is to undermine our faith in everything. Not just our belief in particular stories in the news, but our trust in the people who are telling the stories, the platforms, and fact-based reality itself." - Douglas Rushkoff.

The label works with guitar based music like rock, punk, metal, and acoustic singer-songwriters. The label also works with poets, artists and writers.

The Label has created more than 34 record releases, some on Vinyl and CD, some purely digital. Everything that the label creates is produced with care and attention to the highest standards. Iron Man Records is a complex manifestation of risk taking, personal and professional financial suicide, insanity, and making independent music against impossible odds. Iron Man Records works hard to give music a value. 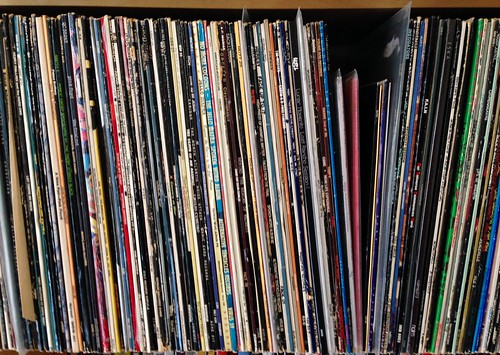 Iron Man Records does not seek financial support from Arts Funding Organisations, Government Projects, Academic Institutions, Banks, Investors, Advertisers or any other interested groups. The label would rather seek help and support from the consumers of the end product (that’s you). The label seeks to remain independent by any means.

Over the past 20 years the label has run up massive debts. I’m still waiting for the first few releases on the label to break even on their initial production budget. Iron Man Records has released some fantastic records by some amazing bands and artists, but it has also become a dangerously expensive past time that makes most Class A drug habits look cheap. All of the bands are struggling against impossible odds too so any help for the label, directly helps the bands.

The label is not finished and most of the bands it works with aren’t either. If you can imagine what it’s like “to be clinging by your finger nails to the last cliff of hope,” this is where the label’s at. A little help from you could make a big difference at a critical time.

By supporting Iron Man Records as a Patron, the Label will be able to remain Independent and continue to release records on Vinyl. Your support will not solve all the problems, but it will help to reduce the upfront cost of producing the next record on vinyl, as well as on CD, and making it available through digital platforms worldwide.

I will continue to use my own money to finance the label, but a little bit of extra help each month, from you, would be great and makes planning the next release easier. You get the idea.

I want to encourage you, if you enjoy the work I do, and the music that the label releases, to support the development and growth of an Independent Record label directly. 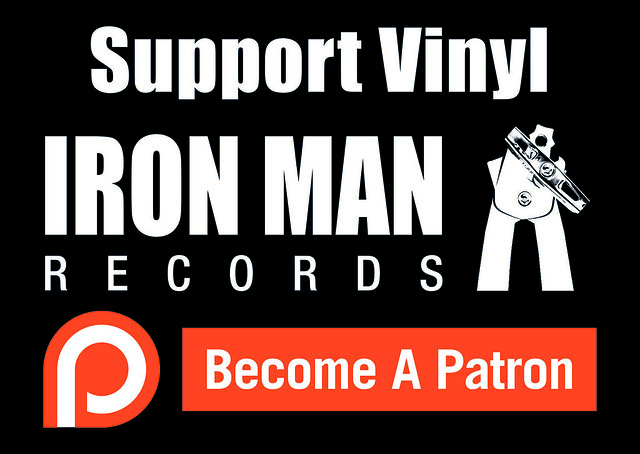 Here's how you can help:

1. Become a Patron today, and support Iron Man Records to create more releases on Vinyl with a monthly donation.

3. Claim your rewards. Enjoy the music.

I’m not asking you to support the running of the label as a whole, I continue to pay for that by myself. Iron Man Records wants your help to raise additional funds to help make new releases available on Vinyl.

Many people assume that because I run a record label, I must make loads of money and rip off all the artists. Many people think it's easy being in a band, and earning money is easy. This is wrong. Last year I lost more than £17,000 trying to release a number of records. One of them got incredible reviews across all the major music press and national newspapers. But press is press, it’s not record sales.

I put a lot of time and effort into helping bands with something to say, either in their lyrics, or in the music. I work hard to release their records properly.

Here’s a quote that addresses earning money, the common issue that most Musicians, Writers and Artists face:

Doing it yourself is easy. Doing it properly, and giving artists the chance to generate a sustainable future is something completely different. And Iron Man Records is not interested in making "the dumb shit they can sell" either. I try to help artists reach a wider audience and I do it as cost-effectively as possible. On a budget you can stick under a glass. And I do it because I love seeing good bands, hard working artists and great music getting an audience. Despite the odds. Vinyl appears to be one way to remain independent, it enables the music to be valued as a serious body of work too.

I would like to invite you to help. Iron Man Records can’t help everyone. The number of records the label can release on vinyl, is directly related to how much money I can assemble upfront. I might spend £5,000 sometimes £10,000 before the first record even goes on sale. I don’t want to have to consider going “cap in hand” to local arts funding organisations or anyone else who might spend their time trying to re-arrange the record label’s priorities to suit their needs. And no one is getting any younger. Musicians need help now.

I have to generate an independent source of money to release new records. I have to do that through the work I do as a Tour Manager, through the stuff that gets sold at gigs or online, and through the donations you might give. Less than 1% of the global music industry earn more than 75% of all the money. And something like 80% of all artists work for free or less than minimum wage. Did you know that? Would you go to work for free or work for less than minimum wage? Almost every musician I've ever met struggles to make ends meet.

Iron Man Records and the artists it works with stand to live, or die, on the money it can assemble to start a new record release, the work it can do before the money runs out, and the income the work generates once it has been released. There will never be a funding application or local government arts project involved in any record release on the label, either now or in the future. That’s a promise. But I’d like to audition for your help. 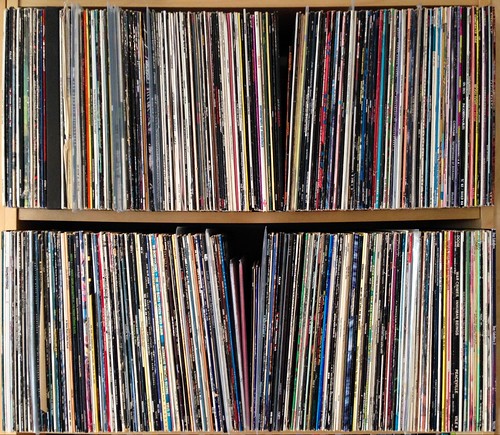 Music is not just a file on a portable electronic device. Music is somebody’s life’s work, their heart, the highest expression of the human mind, it’s hours of work, years of peoples lives, it has value, it has meaning. Music should remain independent in an age of digital. Ask yourself this: When’s the last time you paid for music? I’ll bet you get most of your music for free. Who is paying for that?

Help Iron Man Records release music on Vinyl and ensure it is released at a fair price. Let's give struggling bands and artists the chance to be heard.

What sort of world do you want to live in?

How much does your life Weigh?

When’s the last time anyone helped you?

You have to make the world you want to live in. Become the change you want to see. Here’s the application on behalf of Iron Man Records. You know what to do. Become a Patron and let’s make something good happen.

Thank you for your time

117 of 123 patrons
Limited Edition 7" single with full colour label in full colour sleeve. No spine, no paper bag.
1 of 5