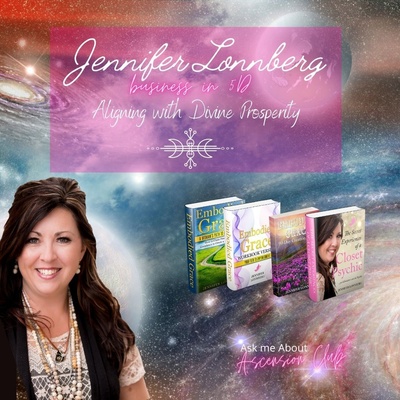 Thank you for your energy exchange for the public posts :) I appreciate you and hope you find this content helpful. This gratitude energy exchange does unlock access to some of the archives, but please know if you want to access ALL of the, meditations, messages and training you will need to be in the Ascension Club Basic tier. 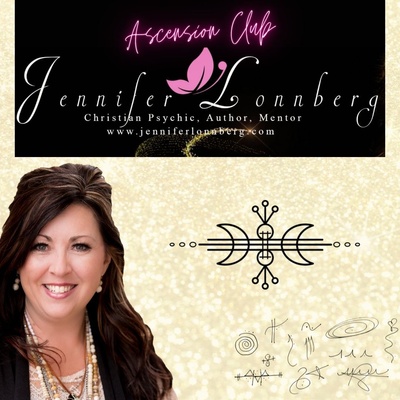 Ascension Club This membership gives you access to monthly videos, audios, and other posts from Jennifer and her Spiritual Council called "The Celestials"

These posts will include:

I was born psychic and able to see other energies.

After years of struggle, I finally accepted it as a gift instead of a curse (because Christians can’t be psychic! It’s blasphemy! or so many Christians believe.) I had tried to choke the psychic part down, tried to pretend it wasn’t there, tried to hide it, but eventually I had an argument with God and told Him “You did this to me! Show me what to do or take it away!” And that was when everything became crystal clear. I was meant to use this psychic ability to help others.

What I have come to discover is that I was not the only one feeling this way. MANY Christian women were experiencing this same struggle... and it was time for me to step up and share that I was Christian and Psychic so that they no longer had to live in fear.

7 years ago, I stepped into coaching as a way to help others navigate this human experience by blending and harmonizing Physical, Mental, Emotional, Spiritual, and Galactic energies. (galactic meaning: planetary alignments, geomagnetic storms, schumann resonance, and so much more).

During my private sessions, whatever is in my clients highest and best interest will be revealed by Spirit

I work primarily with Jesus and the Angelic realms. However, I also work with the faerie (fairy) and elemental realms, and galactic realms, and star systems.

My faith as a Christian has only been magnified, strengthened, and deepened because God is omnipresent and omnipotent. All of the galactic beings I have worked with all have reverence for God, the Source of all that is.

I help my clients bridge the gap between the spiritual and the human experience and learn to embody both together...embracing the entire experience and making the most out of this lifetime.

You are Spirit first.

God knew us “before we were formed”. When you were ready to come into this human realm you were given a purpose, You were:
*Set apart
*Called by grace
*Anointed

You have a soul purpose, a soul contract, a map of destiny.

If you’re not where you want to be in your life/business and you’re doing “all the things” that you "should be doing"... A couple things could be happening:

1) It could be an old oath (oath or vow of poverty)
2) A cord that needs cut (an attachment to something/someone that is keeping you small)
3) A soul contract that needs to be rewritten or dissolved (sometimes we make agreements before we incarnate that can be updated or revised.).
4) It could be that there’s an energetic shift that needs to happen - an upgrade or a light code activation.

....Or it could just be that you have a limiting belief around your ability to be successful in that specific business.

This is why we have to look at life from a place of wholeness.

This is why my work includes self-care, self-awareness, mindset, manifesting, and Universal Laws.

“And allllll the woo “

I invite you to join my free Community FB Group!
There are quite a few of "us" (christian and gifted)  in there ;)