is creating Podcasts and The Best Comedy

$2
per month
Join
You Heard It

You've done it! You've taken the first step to supporting Jim and Them and you should feel good about yourself! You're a Goon and of course You're Part Of It for this Champ Is Year. As a token of our appreciation you will have immediate access to Parts 1 and 2 immediately following the live show and access to the Patreon feed.
Includes Discord benefits

I see you! You are a generous person and someone to be admired, you take charge, see something you like and you go for it. I like that, WE like that! So we have chosen to give back! In exchange for this donation you will get 2-3 bonus shows a month! That's more Jim and Them for your ear holes! These shows are weird little asides and ideas we have and you will not be disappointed*!

Jim and Them Scum

A true scholar, someone that demands respect and will take it at any cost like Bill Belichick. You will be remembered fondly for generations to come (this is not guaranteed as part of the reward this is just a simple fact). Not only that but you will get the 2-3 bonus shows a month and an additional show! This will usually be one of the old favorites like say Jake and MIke VGS, Watch This, Eagle Flies, CB RADIO!?
Includes Discord benefits

About Jim and Them 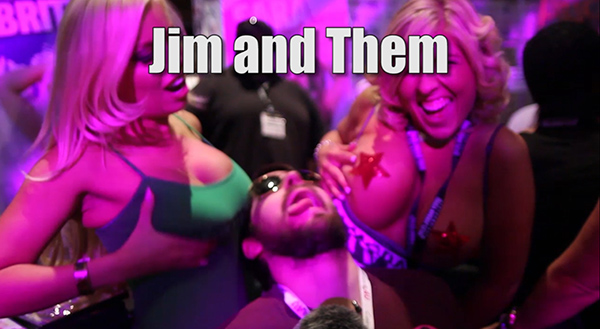 Jim and Them is a pop culture based comedy show out of Las Vegas, NV, the show consists of Jim Scampoli, Mike Steele and Jeff Murphy aka The Best Dudes. We do a live weekly podcast every Friday night at live.jimandthem.com in addition to sketches, holiday specials and convention coverage. We have had interviews or run-ins with the likes of RL Stine, Dan Harmon, Rian Johnson, Riff Raff (RIP), Andrew Dice Clay, April O'Neil, Axel Braun, and tons of other special guests. Jim and Them cover all aspects of pop culture, movies, tv and video games and sometimes we even get a little personal. The show has been described as "some of the smartest humor, disguised as the dumbest". Jim and Them pride themselves on finding the best in the worst people.

We expanded what we do, and want to even further. If you are already familiar with the show, thanks for checking out our Patreon page, if you aren't then you can sample what we do over at www.jimandthem.com (Please don't hold Power Hour shows against us). We want to grow our show and give back more content that might not necessarily fit in the current framework of our podcast, with some help from you we will deliver some secret shows, some old favorites and some movie commentaries. We also plan to up the quality of our equipment to give you a better live show, more videos and we hope to be able to travel and cover more events, maybe even another holiday special. This means more JIM AND THEM FOR YOU! Isn't that amazing?

Here is the ever growing list of bonus shows that have shown up here on the exclusive Patreon podcast feed:

There is more where all of these came from too. We are always doing one-offs and new shows so if you like Jim and Them, you'll love the Jim and Them Patreon.

100% complete
If we reach this monthly milestone we will have a Jim and Them HANGOUT! All the supporters will get to kick it with Jim, Jake, Mike, Joe and maybe even Jeff Murphy in a Google Hangout. Find out what we are like when we aren't "on", just kidding we are always ON. It will be a real life Dude's Corner but hopefully some chicks will be there amirite!?
1 of 1

Recent posts by Jim and Them