is creating Comics! (And other things!)

$1
per month
Join
What's Inside:

Blog Access, News, and Updates!
- Finished illustrations, select art posts, and the latest info on stuff and things, delivered directly to your email.

My Gratitude
- Thank you so much for your support!

$5
per month
Join
What's Inside:

Sketchblogs, Concept Art, and WIPs
- Access to the main bulk of art posts, including process work, completed illustrations, spoiler-free concept art, and sketchbook pages (i.e. what happens when I fill up a digital iPad-sized canvas).

Digital PDF Comics (Single Issues)
- Get a code to download completed comic chapters to your device as they're finished!

Voting Power
- You'll be able to vote in Patron polls, such as what tutorials I should do next.

Site Shout-Out
- Your name immortalized on the Extras page of my website, forever! (If you'd prefer not to do this or would like to use a different name, just message me and let me know.)

...And everything in previous tiers!

Personalized Thank-You Sketch (Digital, Black & White) (One-time only)
- You are extra-special and you deserve this.

The Power of Suggestion
- You get to suggest topics for the next tutorial! Tell me what you want to see.

Monthly Q & A Sessions
- Every month I'll sit down with y'all for an hour in text chat, and you can ask me questions. I'll do my best to answer them! (Please do not ask for spoilers or personal information.)

Your Name In Print
- Your name immortalized on the Extras page of my website, and in the Thank You section of future print comics! (If you'd prefer not to do this or would like to use a different name, just message me and let me know).

...And everything in previous tiers!

Who are you?
Hi! I'm Jordan, an LGBT+ illustrator and comic artist (and full-time swamp gremlin) with a focus on sci-fi and fantasy content. My current major project is a webcomic called Castaways, a space pirate adventure series. I'm also working on a couple of other super secret projects that I can't talk about yet, but which I hope to develop further and reveal in the future! 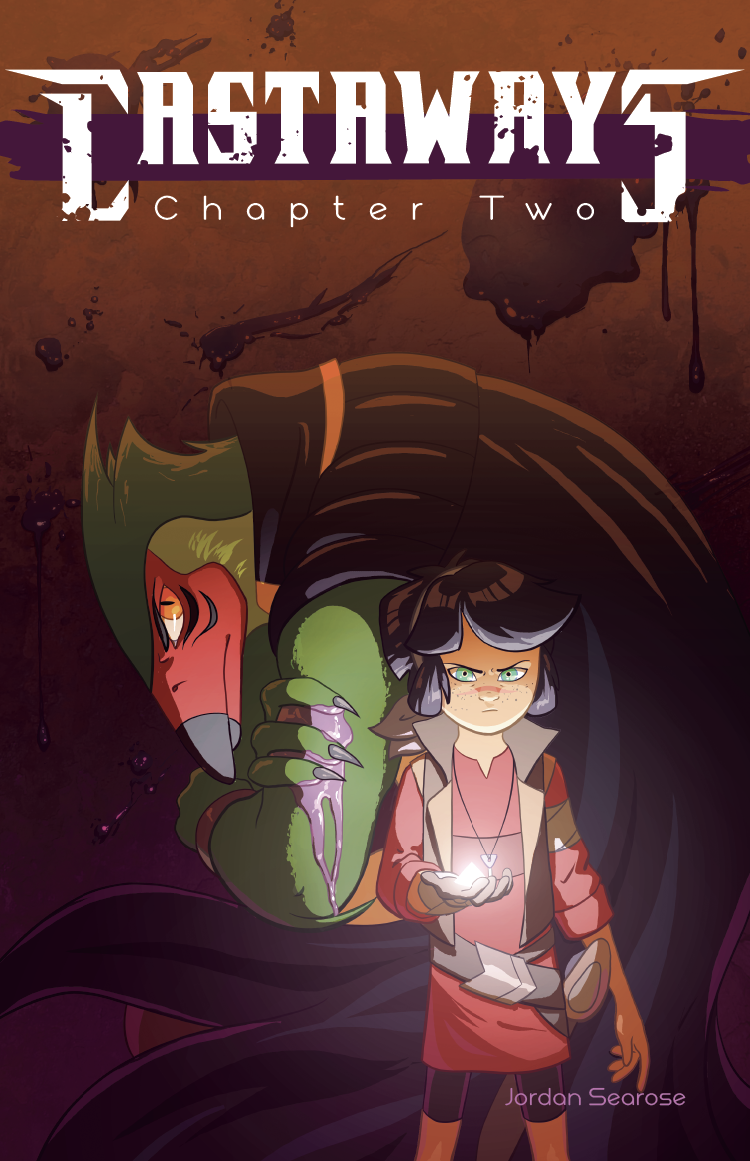 What's Castaways all about?
Castaways follows a pair of siblings who go searching for a legendary treasure to save their family, while being hunted by the most notorious pirate crew in the galaxy. Its focus is on what the word "family" means, and how far you'll go for the people you care about. It's equal parts dramatic and lighthearted. The comic's content is rated Teen -- it's done in the style of them olde 90's Saturday Morning Cartoons and is generally safe for most audiences, but be warned: there's a small bit of blood, violence, and spicy language. The comic itself is 100% free to read online and will remain so for the foreseeable future.

Why be a Patron?
I've been working on Castaways since 2012. The comic started as a fun collaborative effort with friends, each of us doing our own stories in the same universe. When we inevitably went our separate ways, I decided I wanted to keep it going on my own! I've been working on it ever since, through work, school, and life's twisty turns. I get by with a non-comic-related day job, and am also attending college classes part-time. Because of this, making a whole webcomic completely for free has been very slow-going.

But storytelling through art has always been my passion, even though I have very limited time these days, I haven't given up! My ultimate goal is to turn my creator-owned work into my day job, which will not only bring me greater peace of mind, but will allow me to bring more stories and art to directly to your eyeballs. Help me to help you to help me to help you, you dig?

Support from this Patreon will help me cover my living expenses, as well as expenses directly related to the process of creating comics and other artwork to put in your hands (including printing, shipping, convention costs, supplies, and cool physical rewards like stickers/postcards/pins)!

So what do I get?
All Patrons get new Castaways pages a whole week early! I'll also be posting sketches and concept art here on a fairly regular basis, including some super secret previews, WIPs, and exclusive illustrations as I work on new chapters. This also includes non-Castaways-related artwork! (Y'know, like... other original content... and fanart. You didn't hear this from me, but I've been playing a lot of Animal Crossing lately.)

I'm also totally down for adding more rewards as we go on, including physical ones (like the aforementioned stickers/postcards/pins)!

Check out the Patron reward tiers for more info!

What if I don't want to give money EVERY month?
In this economy? Don't worry, I get it. You can also make a one-time donation and buy me a coffee! (I finally gave in and live off of caffeine now, help)

Thank you so much for checking out my Patreon! I can't wait to show you what I'm working on!

Exclusive Monthly Wallpaper (Iron Chest+)
- One high-res illustrated wallpaper per month, available only to Iron Chest Patrons and up. May be mobile or desktop.

Voting Power (Iron Chest)
- Iron Chest Patrons will now have the ability to vote on the next monthly wallpaper!

Power of Suggestion (Golden Chest)
- Golden Chest Patrons will now have the ability to suggest the subject of the next monthly wallpaper!