Lucas Brandon is creating content you must be 18+ to view. Are you 18 years of age or older? 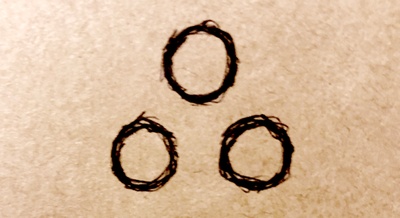 The Rule of Three Tier gives you access to:

In 2017, Emily Wilson became the first woman to translate the Odyssey, Homer's epic poem, into English for publishing. In doing so, Wilson spent a lot of time consulting between the actual Greek text of the Odyssey and the many male-authored English translations that are in circulation today. She picked up on a lot of ways in which the epic had been tiredly translated over and over throughout history -- ways that, in fact, distorted the message of the original, in many cases in order to reflect the biases of the translators.
This sort of thing can hardly be a shock for anyone who has dipped their finger into the discourse at large in modern Christianity regarding Biblical translation. There are hundreds of English translations of the Bible in circulation today (with typical favorites being the King James Version, New International Version, and English Standard Version), and multiple new translations are released each year. Yet within academic circles, church meetings, and Bible study gatherings, these translations are routinely picked apart and criticized for exhibiting the same tired errors and biases that have plagued Biblical translation and interpretation for two thousand years.
On the other side of the spectrum, however, are the wooden translations -- translations of the Bible or of classical literature which aim to translate the original text as precisely and accurately as possible, but in doing so create something that reads more like a particularly boring Shakespeare play or a grad school science textbook rather than as a dynamic piece of literature that was originally performed routinely for audiences that absolutely gobbled it up. After all, one of the reasons these stories have survived the test of time is simply because they are so darn fun to listen to.

I have been passionate about storytelling my entire life.
I'm a writer, poet, painter, craftsman, digital artist, performer, and avid reader, as well as a graduate student in Religions of Western Antiquity with five years of experience reading and translating ancient Greek, Hebrew, and Latin. I've been reading since I was 2, and my entire life has been devoted to absorbing and passing on people's stories and studying the way that people communicate vital ideas, concepts, and messages through storytelling.
Translation and performance are two great passions of mine, but also passions that are hard to get paid for when you're a full-time student and a part-time retail employee (as I am). The goal of this Patreon is to not only help me create more versions of the ancient texts that I love, but also to help cultivate an audience for them and to remind people how dynamic and beautiful these texts are meant to be. This means not just creating typical text translations, but going beyond to try to capture the vivacity and impact of the original texts by also rendering them in new, innovative ways, such as in graphic novel format for the more action-packed narratives, or (as is the eventual goal of this funding) full-length audio performances of the text, featuring full casts in all the parts and musical arrangements/sound effects where possible. This latter form of "translation" seeks to engage the audience the same way the original audiences of these texts were engaged -- not through reading prose on a page but through being entertained and stimulated aurally. Keep in mind that in any given ancient population the literacy rate was at around 10%, so literature wasn't written to be enjoyed with the eyes, but with the ears; I hope to convey this in my own work.

I've chosen to dub my work The American Poetic Translation© because I believe these three words best capture the spirit of my work. The APT© is American because in my work of translating I have sought to render these works as accessible as possible for the modern, American reader. This means forgoing many traditional renderings of the past – for example, the typical English translation of the New Testament will render the name of Christianity’s founder as “Jesus”, or his mother’s name as “Mary”. The issue I take with these renderings is that these are not English names that have come to us from Hebrew – rather they are English names derived from French, which transmitted them from Latin, which transliterated them from the Greek. The original Greek forms of these names (Iêsous and Mariam, following my earlier examples) were simply attempts at spelling the Greek pronunciations of the Hebrew names Yeshu and Miriam. It seems to me, then, that a proper English rendering ought to skip the four middlemen and simply go with the traditional English pronunciations/spellings of these Hebrew names – for Miriam, this is, of course, “Miriam”, while for Yeshu, a shortened form of the Hebrew name Yehoshua from which we get “Joshua”, I’ve opted for “Josh” as the closest American English equivalent.
Other traditional renderings I opt to avoid are ornamental words passed down to us from the King James Version (and older English translations) which no longer have any value in common spoken American English. Wherever possible, I’ve avoided using words like “righteousness”, “sin”, “glory”, etc. because these words have taken on distinctly religious meanings in our modern culture which were not necessarily present in the original languages. Instead I’ve chosen various words or phrases that I believe better convey the intent of the original words (so “social justice” or “uprightness” for “righteousness”, “failures” or “misfires” for “sins”, and “splendor” or “honor” for “glory”). That said, there were some words which I would have loved to use nontraditional renderings for which simply didn’t work out that way, “holy” being a prime example. Three steps forward, one step back.
My translation is not just modern but also American because I have tried my hardest to produce textual renderings that either most closely match American speech and syntax, or else exploit typical American ideas of “high language” where necessary. For instance, the Gospel of Luke is written in exceptionally literary Greek when compared with the other gospels, and seems to quite deliberately be written as if it were a lost book of the Hebrew Bible. Therefore, in my renderings of this gospel I’ve tried to use far more “literary” (and therefore, less speech-like) syntax and even toss in some archaicisms that may suggest Biblical connotations to an American reader. Mark, meanwhile, displays the “worst” (read: most conversational) Greek of the four Gospel-writers, so I render much of his gospel in as simple terms as possible, often resorting to American idioms and turns of phrase such as “gonna” or “y’all better not”.
The APT© is, as well, Poetic because I have striven not only to make it accessible but also to reproduce as much as possible the genuine beauty, grandeur, and wonder of the texts I’ve worked with. Much of these texts is literary art, in spite of how “poorly” or “literarily” it may be written. (Scholars often engage in debate over which gospel has the “worst Greek” or the “best style”; I would argue that a better perspective for approaching their individual styles is to ask, “Which gospel was composed for the everyday common listener and which for the elite reader?”)
There is a musical energy in much of these texts that I hope I have preserved. Luke often portrays this is his hymns, which I have attempted to capture as often as I could using either trochaic meter, iambic meter, or a blend of both, to provide them with a rhythm the English reader can dance to, even if the original text lacks such a beat. Mark, on the other hand, works in broad, quick strokes: there is a tempo to his story in which the actions moves fluidly and quickly, demanding the reader keep up with the unyielding pace. Almost comically, Mark acknowledges this through his repeated use of the Greek word euthos, “right away”, which mirrors the prophecy he quotes in the first words of his gospel: “Set the Lord’s path right”. I hope that to some degree this comes across in my translation.
Last but not least, the APT© is, of course, a Translation – a rendering in one language of a text written in another. Any such undertaking is doomed to be imperfect. There are many, many ways to render the texts reproduced here, and at the end of the day I often side with the rendering that seems the most profound, or the most beautiful, or even just the most unusual.
Often times it’s all three.
The American Poetic Translation© commenced in December 2018 with the free public release of The American Poetic Translation: The Birth of Jesus Christ, a pdf e-book containing my own translation of the birth narratives in Matthew and Luke, featuring my own commentary and illustrations as well. This Easter I released a companion piece: Exaltation and the Execution, a translation of the Passion narratives of the four canonical gospels with commentary on the central themes of glory and suffering. It's available for purchase on Amazon at https://www.amazon.com/dp/1094613738 .
Moving forward in 2019 I plan to focus on the Gospels of Mark and John, translating both as well as slowly working on a graphic novel adaptation of the former. The schedule as of right now is as follows:

The reason for this funding is that hopefully I can eventually raise enough money to quit my current retail job and make this venture my part-time job, so I no longer have to split my time between school, work, and translation, and can therefore pump out these works faster. The projected dates above could feasibly move closer if I can get funding quickly. Because of the limitations of my academic work, I only have time at the moment to study and translate works of Western Antiquity -- the Bible, Greek and Roman myths, and any other literature produced around the Mediterranean. This doesn't mean I'm uninterested in the works of other cultures! It simply means I, as a human being with a degree to finish, am limited. This doesn't mean that I wouldn't be happy to involve and work with other translators in order to add works from Africa, Asia, Oceania, and the Americas to the roster of translated works I will be building!
Please share this journey with me and help make it possible for me to pursue this dream of mine!
By becoming a patron, you'll instantly unlock access to 34 exclusive posts
59
Images
2
Polls
2
Writings
By becoming a patron, you'll instantly unlock access to 34 exclusive posts
59
Images
2
Polls
2
Writings