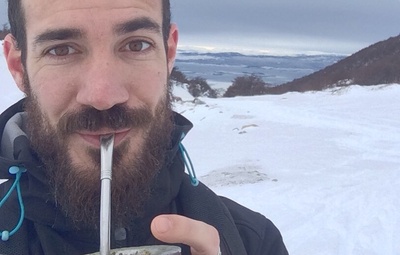 $2
per month
Join
Welcome! I´ll more likely spend that on Yerba Mate :p As you should know by now, thats my primary fuel. Enjoy the exclusive content and join my community of patrons.

Thank you! Here is a little something to you too <3


"pesopalabirra" is argentian slang. It means literally "money for the beer" but is used with a wider meaning. Yeah, you  learned something new today \m/ 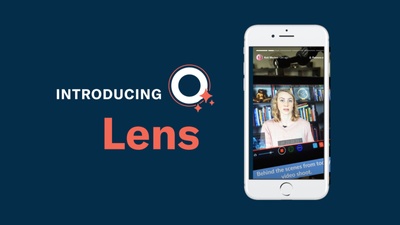 $5
per month
Join
Join me on my creative journey during different projects. I might be recording electrics or acoustic guitars, producing an artist or mixing an album. Performing live or for the cameras. Whatever happens, I will show you through the Patreon Lens app. 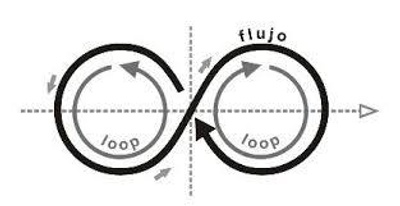 $20
per month
Join
Get the high quality WAV STEMS and/or LOOPS of my music.

Hello there! Thanks for reaching out :) I´m Juan Carrizo from Patagonia, Argentina, a nomad independent full-time musician on the run (?)

I might stream sessions of my impro-visual music performance "dada" where I improvise for around 15 to 20 minutes live looping guitars, bass, keys and drums. Plus, every single sound has its own visual counterpart so yes, you also get real time motion graphics for what you are listening, its pretty nice.

That said, what you can expect is music, tons of music. This platform should work as a "behind the scenes".

PATREON
I´ve focused this channel to the English speaking community BUT I also make a good amount of content in my mother tong Spanish <3. In that matter what I do is an Independent Musician Guide based on my own experience. The reason why I don´t translate that into English is that Ari Herstand is doing a pretty good job covering that. Latin american independent musician world is pretty different to what he describes for the states so, I´m keeping that one to my locals.

Of course if there is something of interest for you -because you are planning to tour or release music here- and you think I can help, hit me up!

WHERE I WANT THIS PATRON THING TO GET TO
During a brief period of time I was able "live the dream" -well, my dream :p- of taking ideas out of the dada live streaming and putting together a song within a day, from the idea to composing to recording to mastering including artwork and all. Here is an example of it: This was the original livestream https://www.youtube.com/watch?v=gaTi7bqiljU and the result after 12 hours working on it: https://soundcloud.com/juancarrizo/juan-carrizo-da...

I´d love to dig deeper into that approach to composition and production, keeping the fresh ideas at the fingertips and no overthinking allowed.

YOU GET THE WHOLE HAT COLLECTION (?)
"dada: music in motion" is my solo live looping project with real time motion graphics. I center my Patreon on that BUT I have other projects like my heavy metal band in Lebanon, ZiX or the Psychedelic Experimental Glitchy Blues ensamble in Mexico, Aghora Sadhus . You can expect me to publish music from them, even stems and/or backing tracks if you like.

I also work with several bands from Latin to Rock/Pop and from jazz to metal. The two of them in which I work more are Anna Fiori, a solid Symphonic Heavy Metal band I´m a part of since 2017 and Corina Lawerence, an amazing and complete artist who is kind enough to invite me to her sonic adventures. I also recently join Advena Lupus a gothic/alternative metal band from Norway.

By the way I also have a solo acoustic project and working on a kind of DJ thing so you might see them grow over the year.

[credits] I´m new to Patreon so I took some ideas of how to communicate or the rewards to be  from the people I already follow here. Thanks Adam Neely, Ari´s take and Samurai Guitarist.

$0 of $10 per month
[patreon] I´ll reinvest 10% of my patreon income in other fellow patreons so the community keeps on growing.
1 of 7