Pledge $50 or more per month 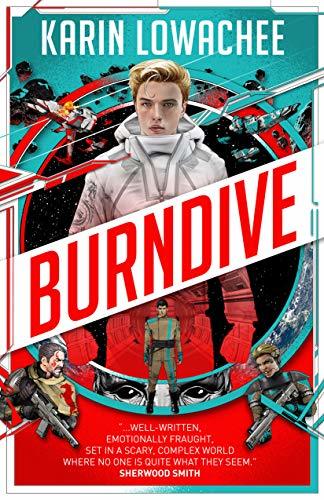 I'm Karin Lowachee and I'd like to focus most of my time on doing what I love: writing.

I have loyal readers from all over the world that span more than a decade. I've published 4 novels, even poems, and more than a dozen short stories, some of which have been shortlisted for various awards or featured in Best Of collections—through Warner and Orbit Books USA and various anthologies and magazines. (Two examples of my short stories can be found here and here.) My first novel Warchild won the Warner Aspect First Novel Contest, where Tim Powers was the judge. I'm a John W. Campbell Award nominee for Best New Writer and a Prix Aurora Award winner from my home country of Canada. Two of my novels were finalists for the Philip K. Dick Award. But it's not enough. Novelists take weeks and months to create a work. In that space of time, we usually aren't getting paid. Here's where you come in.

It's a tale as old as time and the reason a site like Patreon is a possible relief for artists of all types. We would love to make a living doing what we love. As it stands, I teach and edit, both things that I enjoy doing but writing is my heart and soul—and like many people, I have a mortgage and other monthly living expenses. I would love to travel occasionally for experience and inspiration. It would be cool even to go on research sabbaticals once in a while. But none of that is easy time-wise or inexpensive.

It's not like I wouldn't write anyway—of course I do and will! But what patrons like yourself allow is the ability for a writer to make a living even in the research and development stages of a book, which is the most time consuming part of the process and generally the least compensated.

What do YOU get?

For those who love my science fiction universe created through Warchild and its sequels, or would like to be involved in it anew through this Patreon, you will get access to monthly exclusive content: vignettes from the universe, short stories, and an independent serial novel based in the same universe—in other words, you get to read a novel as it's written chapter by chapter! This is part fun experiment for me and partly a way to give to my readers as close an experience as following your favorite TV show might provide. Familiar characters will appear and hijinks will ensue!

I will also be hosting monthly Q&As for a dialogue about any of my writing—the projects specifically for this Patreon or my writing in general—as well as giving patrons sneak peeks to draft content from The Warboy, the direct sequel to Warchild and the return of Warchild's point-of-view protagonist, Jos Musey. Other possible rewards like signed book copies are outlined to the right.

Engagement and dialogue with my readers has always been important to me. Over the years I've received countless messages from dedicated readers expressing their love of my characters and worlds, as well as how these characters and their stories have affected or changed them as individuals. Through this Patreon I will give back that dedication and provide the best writing and interaction I can in order to foster this community and make it grow.

Now onto the writing, reading, and conversation!