- +Everything at lower tier

- +Everything at lower tiers

Hi! I'm Kaz Rowe, and I am the creator of the webcomic Cunning Fire. Cunning Fire is an urban fantasy story about witches and spirits in modern day Chicago, following the journey of Akiva Stein as she enters this unfamiliar, hidden world and learns the craft of the Death witch. Caught up in her new coven's quest to create the legendary Elixir of Life, Akiva is forced to face her ability to see spirits and come to terms with the ways magic has tainted her past, and how it will shape her future.

In progress and free-to-read, you can start from the beginning here.

"What's in it for me?" you ask.
By becoming a patron, you gain access to fun stuff including but not limited to:
As well as my undying gratitude and my tears for you to use in spells.

"Huh? Backstory comics?"
Completed is Fault Line (the Eden/Isaac backstory). All patrons have access to the PDF.

Elehiya is the prequel that tells the story of Azrael and Bahram. It is currently in in progress, with pages updating weekly for Witch and High Spirit patrons! When completed, all tiers will get the PDF 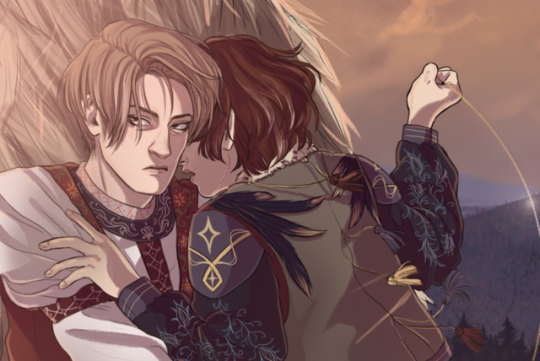 Patrons also have full access to all of my mini comics such as The Resurrectionist (vampire lesbian doctors in Victorian Edinburgh, completed) and...

He Lives In The Echoes (a biographical comic about J.C. Leyendecker and his lover, Charles Beach- Now completed and available for all patrons as a PDF!). 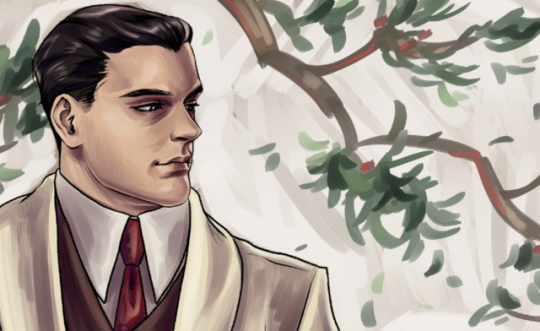 If you would prefer to make a one-off donation instead, that can be made here. :)

To everyone who has been there for me while this comic was in the development stage and beyond, your excitement to see my work means everything to me and I could not have gotten even close to a launch without you. Thank you!