Len Kabasinski is creating content you must be 18+ to view. Are you 18 years of age or older?

My Films! My podcasts! & more! 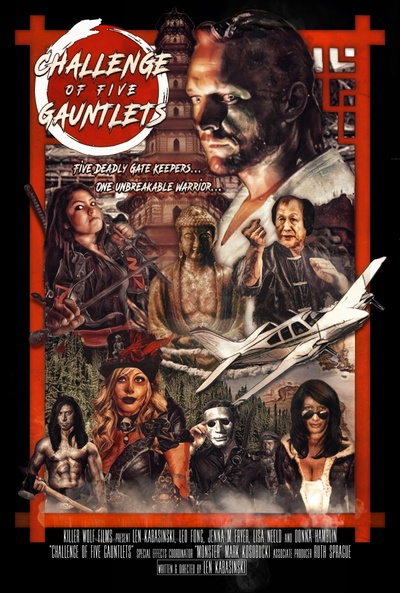 Hello and welcome to the patreon page for KillerWolf Films owned by me, Len Kabasinski, director of films like SWAMP ZOMBIES, CURSE OF THE WOLF, FIST OF THE VAMPIRE, SKULL FOREST, and many more.  Why is KillerWolf Films starting a patreon page now? Well, simple...I would like the ability to concentrate more on giving our audience bigger and better projects in the future! With patreon, my goal is to also give YOU monthly content produced by KillerWolf Films. For example, in being a patron to KillerWolf Films, you could receive monthly videos such as my "Forgotten movie den" where I select films that many people may or may not know about and discuss why I loved the film and more (expect a ton of ninja movies with a good helping of other martial arts & horror films). Aside from the "movie den", there will be a "KillerWolf Films mailbag" where I will answer questions submitted by patrons from all over the world. Last but not least, have access to my "Fist of the Filmmaker" podcast which films bi-weekly and can be watched/heard right here on patreon and also on soundcloud.com
. So I hope you consider being a patron to KillerWolf Films and help us not only make some fun videos every month but also make you bigger and better films in the very near future!