is creating Videos about Art and Video Game Culture

$3
per Werk
Join
Name mention in video & discord access
I will mention you in the credits of my videos and give you access to the collision query discord.

Access to video diary
I will keep you posted about what is going on with my video projects. In addition to that you get access to a video diary where I talk about what games I have played (and maybe movies I have seen).

$5.50
per Werk
Join
You also support the soundtrack!
For music production you need hardware and software, which unfortunately is quite expensive. I would therefore invest part of the Patreon money in it. As a thank you - as soon as it has been produced - you will receive a download code for the Kollisionsabfrage-soundtrack on Bandcamp, as well as my remaining discography.

Access to video-diary and Discord is of course included.

$10.50
per Werk
Join
In addition to the other rewards (video diary, Discord, Bandcamp-codes) you will also get access to unedited interviews with artists (as long as they are okay with that).

Illustration, music, filmmaking or storytelling - video games combine many art forms. Even so, many gamers are not really aware of the amount of creativity, time and soul that goes into making games. With my video project called "Kollisionsabfrage" I would like to open your eyes to it - and present extraordinary games and art projects. Games are made by people. People have dreams, experiences, desires. And part of it flows into their games.

Short on time? Here is a quick overview of what I do:


If you have more time, here is a detailed description of my work:

Every day, countless videos vie for click numbers, subscriptions and likes. Provocative thumbnails call for attention. The articles are produced in a hurry so that they don't lose touch with the fast moving, SEO-optimized hype train. The whole madness is garnished with sponsored contributions, while the overtired moderators shout meaningless shit into the camera, somewhere between forced jokes and artificial excitement.

I've had enough of this nonsense!

Many games do not deserve to be drowned in this advertising-financed abyss. There are culturally interesting things to say about them and their creators. Games are made by people. People have feelings, visions, experiences. Their personality flows into their games, as it does with any work of art. There is more to be said about games than the daily buying advice that leads to a Metacritic. And it is time we all worked together to change something about the unbearable status quo of game journalism!

That's why I decided to offer an alternative with my media project Kollisionsabfrage. I want to produce sustainable video essays and portraits that take a different approach. I want to give the producers of games a face, examine games in detail and break them down. And above all: I want to treat it as a cultural asset.
But in order to achieve that, I need your support. That's why I decided to start this Patreon campaign. 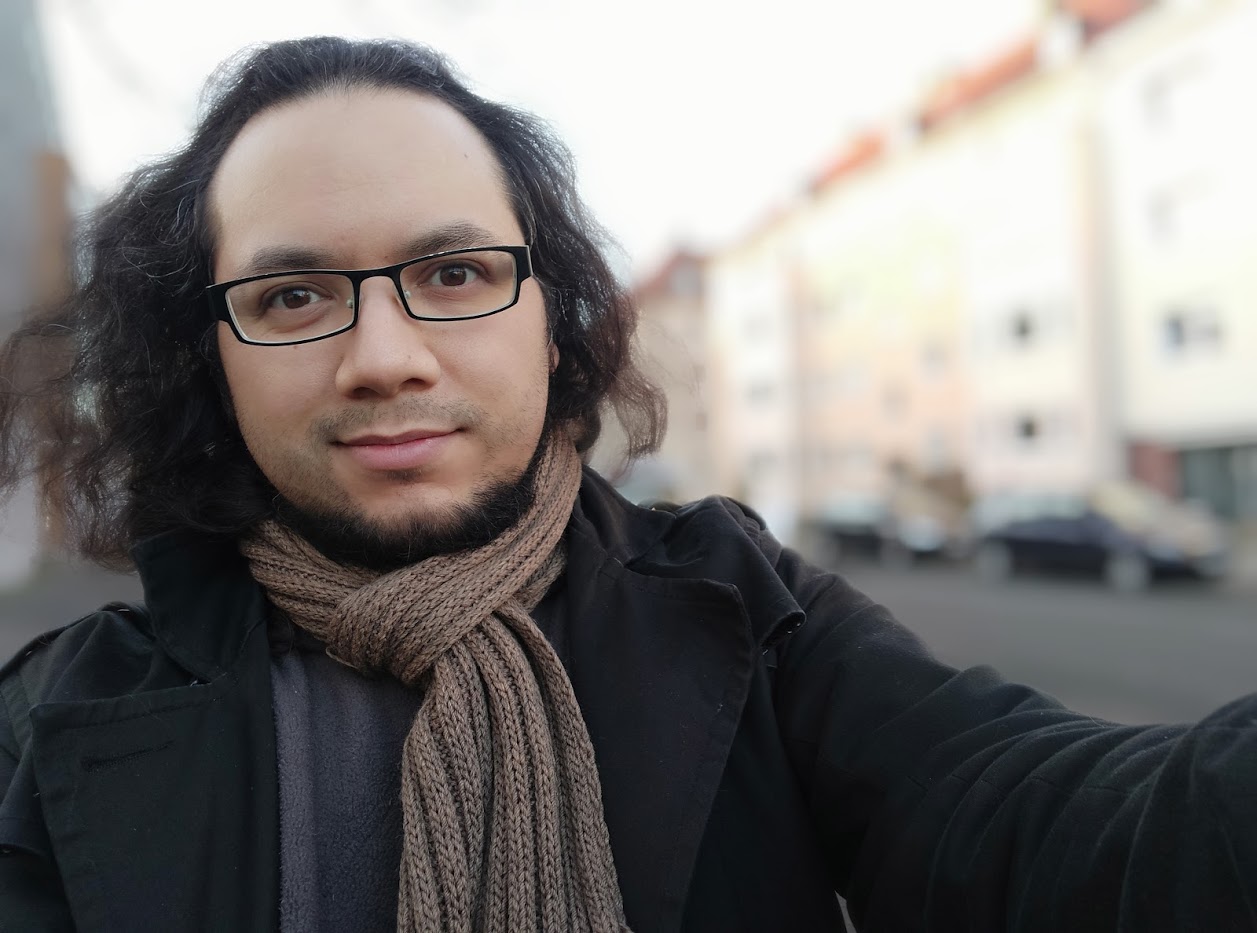 My name is Michael Cherdchupan and most of you will probably know me as a freelance writer for Gamestar, Techstage or Insert Moin. I've been contributing to games for quite a while. A few years ago, for example, I produced some video clips for ZDFKultur for the TV magazine Pixelmacher. From there, my career expanded to include indie games: Among other things, I worked as the main author on the role-playing game Rainbow Skies or as a composer for Villagers. Today I still have one foot in the indie scene and help out as a translator or with the music, for example. Anyone who listens to podcasts may have stumbled across Flomora, a radio play by the Sofa Samurais. I also contributed the music there.

In addition to my freelance writing, I earn my living as a lecturer at Deutsche Pop. I also design teaching materials and courses for the media academy. I'm very happy with that, but as is so often the case in life, I didn't plan it that way a few years ago. I actually did a film degree and produced short films like Der Archivar. That's why my heart is still attached to film and video production today. I produced the Mehrspieler-video podcast with my friends during my studies, but at some point it was discontinued due to time constraints. In addition, there was the Kollisionsabfrage-website - which I never took offline. Good thing, because I want to use this as the basis for my project.

Kollisionsabfrage is an online magazine for video games - but not one that lives from advertising and only throws out one SEO-compatible article after the next, but that concentrates on essays and reviews under game culture aspects. The heart of the collision query are the video formats.

... yes, I am co-moderator at Insert Moin, which is being developed together with Manuel Fritsch, Nina Kiel and Anne Wernicke. However, Kollisionsabfrage and my videos have absolutely nothing to do with the podcast. These are two separate projects.

The Mehrspieler-videos were a collaboration with my friends who love video games as much as I do. The topics of the cast were varied: We met with game developers and talked to them about their projects, put together retro perspectives, discussed new consoles or looked at old and new games. We also regularly attended events in Germany, such as the Next Level Conference or the Notgames Festival.

Unfortunately, the world has turned and since my friends are now doing other jobs and projects, I was the last one left. But that's not all that dramatic: I want to build on the previous foundation and, with the help of this Patreon campaign, enable me to continue the project myself. My experience, which I was able to gain during my studies (B.A. Communication Design) and as a freelance video editor (pixel maker, ZDFkultur), will help me with this.

If things go well, I don't mind new freelance writers working on the project. But I haven't planned that at the moment, as I only have my personal schedule in view at the moment. But let's see what the future brings.

Will the basic philosophy remain behind the videos?

With Mehrspieler it was and is important to us to put people in the foreground at all times. I would like to create an alternative to the many formats in which people fumble around in front of the camera for bad gags, force their flow of speech by means of irritating jump cuts or even place faceless, uninspired comments just for the sake of comment on seemingly random game scenes. I don't want to yell annoying rants into the camera or comment on any ineffectiveness of a press release. Instead, I want to help games create a face without losing focus, while conveying real passion for them. Yes, it is difficult. But I am convinced that we can do it.

There are so many creators on Patreon! Why should I give you support as well?

Let's put it this way: Of course, you can still only consume advertising-financed offers. Then you don't have to be surprised if it won't change anything. In recent years, however, successful campaigns have shown that there is an interest in alternatives. For example, I'm a big fan of Archipel and Ilyass Alaoui, who produce top notch videos. Wow, what? I recommend other creators in my own Patreon campaign? Yes, because in the end we are all on the same page. If you don't have a Dollar left for me, at least support other producers who have the same goal. If the coverage of matches has improved, we have all won.

Why a Patreon campaign at all?

Video production is a complex affair and in the last four years we had our trouble and hardship to create the almost 100 videos that you can currently find on our site. Unfortunately, the situation has only slightly improved since then: I am a freelancer and can therefore allow myself to find gaps for video production in my schedule. But as long as I cannot finance part of my living with it, it is unfortunately difficult to justify this compared to my regular assignments - even if it is a project close to my heart. I usually still find a few hours to shoot some footage or do a small interview, but the editing work that follows is not manageable in my free time. Unfortunately, this is also proven by the current mountain of 2.5 TB (!) of video clips that are still unprocessed on my hard drives from the earlier days of Kollisionsabfrage. :D

You can, however, help me to continue this project! Patreon offers you the opportunity to support content producers with small, monthly amounts. Every Dollar (or Euro) goes into the production of my videos:


Waaaaaaaait ... producing your own soundtrack! Whaaaat?!?

Yup. As already mentioned, I have contributed to various projects as a composer. You can find my previous discography on Bandcamp or Spotify. I would like to use this experience for the videos and produce my own music. This will not only give them a more personal touch from me, but will also create a new album of their own over time. From a certain pledge you will receive a download code for it.

Here are some examples of music I did for past projects:

What advantages do the pledges offer?

Those who support me on Patreon get more of what is happening behind the scenes for me. I'll keep you up to date on which posts I'm currently working on. In a regularly posted video diary, I also collect which games I played for my research (or just in my free time). You will also get a few insider tips and mini reviews from my areas of interest, especially horror, arcade games, Asian games, indie games and curiosities. You get access to these video diaries two months in advance, before they will go public on Youtube.

The largest pledge also gives you access to unedited interviews that I conducted during my research. It is common that I only use excerpts for video contributions, but with the 10 Euro Pledge you can watch or listen to the entire conversation, provided it was recorded. 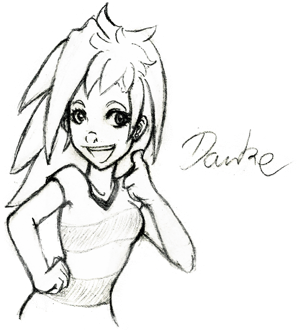 I would be very happy about your support!

Thank you for your attention! <3
(and that you read this long text to the end ^^).

0 of 50 patrons
I can guarantee at least one essay video per month.
1 of 5