is creating Independent Films of highll! SCROLL DOWN TO SEE IT ALL

Shout on on Vlog and eternal gratitude!! 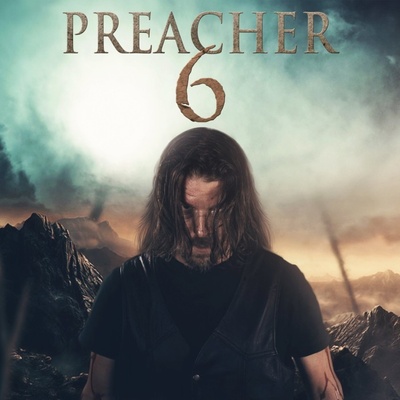 Will receive all of the above plus a signed postcard! You will also be able to ask a question that he will post a video to Patreon only

Special Videos and Behind the scenes!

Welcome to my Patreon page!! I am an independent film maker.
Are you tired of remakes and do overs from Hollywood? Meeeee too!!! That is why I have decided to deep dive into independent film head first and I am not looking back.
Lets do something that has never been done!
Build a part of the #IndieArmy to make One film a year!!
My goal is to make my future films with solar power.
It is a huge challenge being someone without deep pockets... or medium pockets.... well, at least I have pockets! I am looking to do something that has never been done. Create a community that loves independent film and wants to be a part of the magic!
Here is an example of a film that is in post production right now. Preacher Six!
3 years in the making so far!! My wife Tracy Ray is the screenwriter for our films so it is a family affair! (Please subscribe to my channel!)
Preacher Six Trailer

This film has been possible with a lot of time and Indiegogo and GoFundMe campaigns plus private investors. Lots of blood sweat and tears!
I am an actor with a passion for film and I have big plans for the future.
This is just the beginning!! Our next film will be "Curse of the Ursuline". It is the follow up to "Preacher Six"
Please check out the films that I have produced and had awesome roles in now on Amazon!
The Chair with RODDY PIPER.
and
Newly released!!
ZOMBIE WITH A SHOTGUN. I played bounty hunter Han Ray!
Together we can move mountains!
Please subscribe to my YouTube channel.
Lets make some independent high quality independent films with solar power!!
We can do this!!

15% complete
We are looking to be a green production company! when we reach 1000 patrons we will purchase our first solar generator to power our film "Curse of Ursuline" Then we can set new goals for production!!
Curse of Ursuline is the follow up to Preacher Six!!
We want to power it mostly with solar power from the building of sets to the powering of lights and cameras.
Lets be a part of the solution!