$1
per month
Join
No reward, just my thanks! Maybe use this one if you read my comics on Instagram and want to help out. 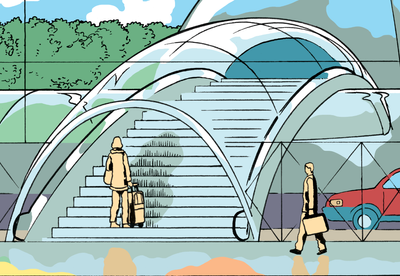 $2
per month
Join
You will have access to new diary comics and other stories every two weeks, along with my occasional author portraits.

I'm Lane Milburn, a cartoonist based in Chicago. From 2005-2010 I self-published mini-comics and anthologies with the Baltimore-based Closed Caption Comics collective. I published a horror graphic novella called Death Trap with a Xeric Grant in 2010. My graphic novel Twelve Gems was published by Fantagraphics Books in 2014. I currently post diary comics on Instagram, and I have a story published in the ongoing Berserker anthology from Breakdown Press.

I'm on Patreon to bring my work directly to readers in serial form. For $2 a month you can see new comics at a rate of 2 or more pages every two weeks. The comics will be a continuation of the diary comics I've been posting on Instagram, only in full color and using full-page layouts. There will be narrative comics in short and long form as well. The comics will eventually be printed and made available to a general audience, though that may be years out.

As a patron you will also have exclusive access to my author portraits. Occasionally I will be drawing portraits of famous and not-so-famous novelists and short story writers with a brief write-up. Think of them as reading recommendations!