$1
per month
Join
Any amount is appreciated. Really. You will receive many thanks from myself for deciding to support me.
Includes Discord benefits 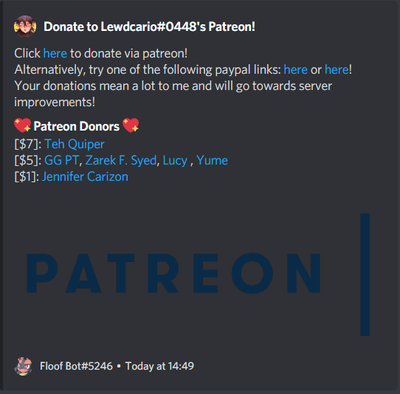 $5
per month
Join
You will get many thanks from me and a special spot with your name on it on Floofy's donators command to make your support known.
Includes Discord benefits 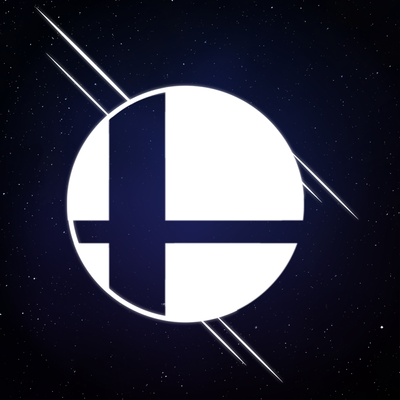 $5
per month
Join
Support development of the new smash matchmaking website here! By subscribing to this tier, you can get early access to the website. Once it releases, you will have access to the development version of the website, once that is publicized as well. This tier is independent of every other tier on this account.

Hello, I am the creator of Floof Bot


What is Floof Bot, exactly? Initially designed to cater to the Super Smash Brothers franchise, I expanded him to many other features. Floofy has all sorts of features, such as in-depth moderation commands, smash commands, starboard features and much more. You may see for yourself by joining the following Discord link.
To run Floof Bot requires monthly expenditure. That kind of spending I cannot afford on my own, unfortunately, so any and all help is beyond appreciated. I am currently unemployed and studying full-time at a university, so keeping Floofy alive is a draining project in both time and money, but I still enjoy it nonetheless.

Some other things I do:

Floof bot also runs on another project I am a developer for, called Discord.js, which makes it easier for many people to create bots.
I have a fully functioning website, found here.
I also sell artwork. My general prices are available here, and my portfolio can be found on my Twitter.
I have made and contributed to other open source repositories on Github, you can check them out here.