is creating The Crown of Leaves game and Shang-La world 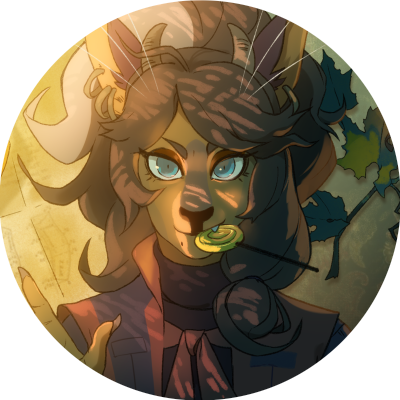 The Parba Traveller has access to The Crown of Leaves forge. We'll show you how we're working on the sprites and backgrounds and tell you about the workflow and other interesting things. We also occasionally publish the videos of the drawing process and sketch dumps. 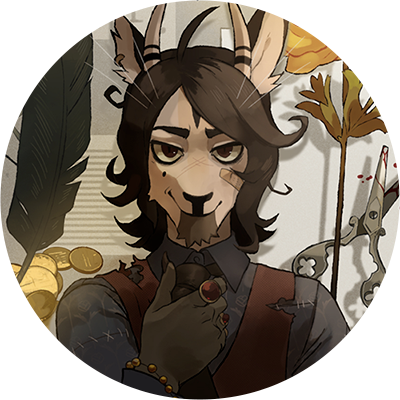 In addition to the previous rewards, the Jeweler has access to plenty of other materials like concept-lists, character references, accurate fullbodies, and portraits. Finished sprites and animations are also available for the Jewelers. 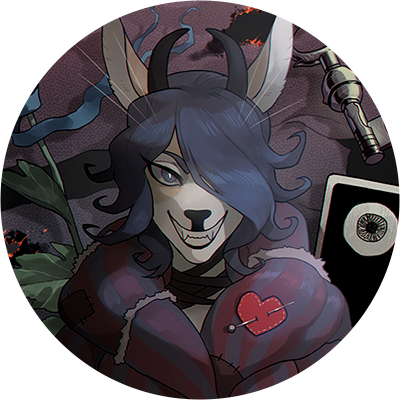 Mystics have access to all the previous rewards and the opportunity to be backstage of The Crown of Leaves. You can become a beta... and even an alpha-tester! We're posting test builds with all the current dialogues and sprites near the end of the chapter development, which probably will be changed in the final release. And no one will see it except for you - isn't it cool?
While work processed, we're occasionally posting the game OST, finished illustrations and cutscene materials - art and videos and also telling how we're working on it.


Hello there and welcome to our Patreon page!

Our duo is called Lingrimm, we're artists, and we love to draw anthros, monsters and humans and obsessed with word-building. We were captured by the idea of doing something about the worlds we created and finally we came up with developing The Crown of Leaves — our own indie game.

The Crown of Leaves is a story about the jeweler guy called Roui, who is struggling with everyday life problems like living in the one house with tons of his relatives, get the work finished in time and trying to suppress his nature, that is eager for ambitions. Roui's past life was much more interesting, full of exciting adventures and mysteries, and even if he's done with all this, he's secretly willing to get it back.
Be careful what you wish for, Roui! The Mad Rook, the spirit of the legends who definitely cannot exist, is giving local people trouble... and Roui too.

☽︎ ⚵ ☾
The Crown of Leaves is a hybrid of non-kinetic visual novel and point-n-click adventure.
We gained huge inspiration from the Phoenix Wright games and the way they were mixing genres to get a unique result.

Playing our game, you can:
♦
Communicate with the game characters, make friends or enemies
♦
Collect and craft items
♦
Explore the world of Shang-La, full of mysticism and monsters

Team
Our team is called The Broken Horn. We're collecting Patreon money to pay for the music, the game code, the proofreading and various resources like SFX and fonts.
Together with us on the game are working:

Dizir,
a programmer, who is rebuilding the Chapter 1 on Game Maker Studio 2 and also working on the Chapter 2

Maria M,
a professional editor, who is editing the original language script

_Blacksmith_,
a composer of the Crown of Leaves soundtrack

Our former team, but they are worth to be mentioned:
mold.FF, a coder, who made all important modules and helped to build the Chapter 1 on RenPy;
Natalie De Corsair, a translator, who did an English translation of the whole Chapter 1

What will you receive if you support us?
As our patron, you'll have access to the Crown of Leaves backstage — videos, screenshots, backgrounds, sprites, etc. We're sharing a bunch of materials every month!
☽︎ ⚵ ☾