is creating stories, books, and more

Thank you for your essential support! You’ll receive The Essential Digest for the month, including a blog about life or publishing, an original healthy recipe, and a book or movie review. 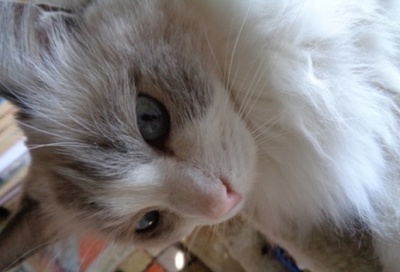 The Essential Digest plus an original Lisa Mason story previously published in hard-to-find anthologies or magazines, or a brand-spanking-new story that the rest of the readers haven’t seen—yet. Plus an interview with questions and answers about the story.

The Essential Digest, plus a Lisa Mason story with an interview, plus chapters from my new speculative novel, CHROME. As soon as the book is done, Tier Three Patrons will receive the entire ebook of CHROME. Tier Three Patrons will then receive sequential chapters of my previous novels and/or a new novel in progress, after which you’ll receive the entire ebook.

Greetings, my heroic patrons, fans and readers and people considering becoming patrons, and curious visitors!
Please Stay Safe! I don’t need to repeat all the instructions you’ve been given by governments, health officials, and the Internet. You’ve heard enough.
As for me, I can’t go out for exercise, have been using my stepper for physical therapy, and—ow ow ow!—the right hip and leg are much worse with the stepper after the violent criminal Attack on me. But enough about me.
For the April Patreon, I am presenting an exciting April 2020 Excerpt from CHROME, my new speculative five-star-rated novel.
I’ll post a patrons-only full rendition of my delightful story, “The Oniomancer,” about a humble Chinese-American girl who discovers she has a special talent. The story was originally published in 1988 in Asimov’s Science Fiction Magazine, in foreign editions of Asimov’s, and in 2017 in Strange Ladies: 7 Stories.
An Afterword about the inspirations for the story (there are several) and research will be included.
For the April Writing Tip, I’ll discuss the use of metaphor in genre fiction (science fiction, fantasy, and horror) and why you should tread lightly with such “literary” writing in genre fiction.
And I’ll review (and give my recommendation of) a 2004 independent movie, “Sideways,” about a fortyish writer, struggling to get his first novel published, who takes his best friend, about to be married, on a bachelor party in the wine country.
Did you know you can post a one-time pledge on my Patreon page? Or for only two bucks per post, or more if you like, help me recover from the violent criminal Attack on me.
Stay Safe! Did I say that already? People can’t say that enough! Stay Safe!
Visit me at www.lisamason.com for all my books, ebooks, stories, and screenplays, beautiful book covers, reviews, interviews, blogs, roundtables, adorable cat pictures, forthcoming works, fine art and bespoke jewelry by my husband Tom Robinson, worldwide links, and more!

About Me
I’ve published eleven novels including Summer of Love, a Philip K. Dick Award Finalist and San Francisco Recommended Book of the Year, The Gilded Age, a New York Times Notable Book and a New York Public Library Recommended Book, a collection of previously published fiction, Strange Ladies: 7 Stories, three screenplays, and forty stories and novellas in magazines and anthologies worldwide. My Omni story, “Tomorrow’s Child”, sold outright as a feature film in 2001 to Universal Pictures. But that sale occurred eighteen years ago. Will the movie ever happen? Who knows? I’m working on a new screenplay for it and your patronage will help.
I live in the San Francisco Bay area with my artist husband, Tom Robinson, and our Siamese-Angora cat (a breed otherwise known as a rag doll, we call her a baby doll) Athena.
CHROME is my new speculative fiction novel.
Why Patreon?
Books take me years to research and write. Stories, even, may take months. If I try to rush, the result never comes out good.
I wish I could have written hundreds of books and stories like some other authors. But I can’t. I have too much respect for you, the reader, and for the work itself. The work is my legacy. The work will last long after I’m gone.
When a writer sells a book to a traditional publisher, typically that writer signs up for a modest advance against which a miniscule percentage of earnings are charged before the publisher pays out a royalty—every six months. When a writer, rebelling against the System as so many traditionally published writers have, goes to publish independently, there’s a huge personal investment in production, distribution, and promotion.
But I’m not on Patreon to complain that the lives of writers and artists is difficult. You can read such complaints anywhere. And they’re legitimate complaints—that’s why Patreon exists.
No, I’m on Patreon because something terrible and unexpected happened to me.
In July, 2018, I was walking around Lake Merritt on a sunny afternoon, with the dog-walkers, the moms and baby strollers, the bicyclists and joggers, as I’ve done virtually every day since 1996—rain or shine, hot or cold, summer or winter, three and a half miles—when a man jumped out of the bushes and confronted me on the sidewalk. He tried to beat me up, I fended him off, then he shoved me into two lanes of oncoming traffic on the street. To avoid plunging into the traffic, I backpedaled with my feet, and fell on the concrete curb. The police apprehended him, I went off in an ambulance to a hospital where I underwent three hours of surgery under general anesthetic for a fractured hip and a broken thigh.
Now it’s a year later and I can’t walk like I did before. Half a mile to the market and back takes nearly an hour. I can’t walk three miles daily to my publishing office, where I earned a good salary. I can no longer around the lake, which I miss terribly. The Attack has inflicted me—a former ballet dancer, a swimmer, and an athlete—with a partial disability, daily pain, a nasty limp, and nastier scars. Other health complications may be ensuing.
That’s why Patreon.
I’m prepared to give you, my wonderful Patrons, in exchange for your Sustenance at whatever level, my best efforts on a monthly basis. There will be a delightful new story or a previously published story that's now hard to find, a book excerpt, a monthly writing tip, a movie review, an original healthy recipe with health tips, and more! (I'm slowly working on the memoir about the Attack described above, have extensive notes, but it has been hard for me to write about it.)
Thank you for your patronage and readership! It means a lot to me.