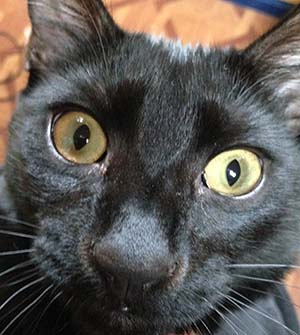 $3
per month
Join
All the previous rewards, plus:

$5
per month
Join
Each and every one of the previous rewards, plus: 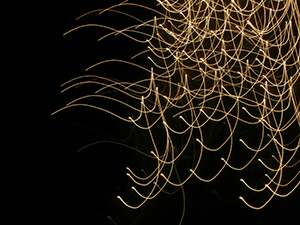 A while back, I received a review for my book Dead Heat that summed up with the following: “Ms. Nowak, if you have a day job other than writing, please do us all a huge favor and quit. All of us, and particularly America’s youth, desperately need you to spend *all* of your time creating these thought-provoking, eye-opening & encouraging little masterpieces. Thank you!”

While I longed to do just as this reader suggested, it simply wasn’t possible. My writing business doesn’t pull in enough income. Then I discovered Patreon and realized I might be able to accomplish this lifelong dream through the generosity of people like you.

When I was a kid, books were my refuge. They gave me all the things I didn’t have in “real” life. True friends. A family who loved and supported one another. Hope for the future. Don’t get me wrong—no one beat me or starved me—but there was very little emotional warmth in my life. Books showed me there was another way to live. Now I’m in a position where I can pay it forward to kids who are in similar situations, and by supporting me, you can help support the kids I write for.

The teens who read my books are often at-risk and reluctant readers. My stories not only contain a lot of action, but they feature kids much like my readers, so they hold a lot of appeal. I’m confident they fill an emotional need (not just with these teens, but with adults) because of the emails I’ve received from:


In addition to being emotionally satisfying, my books turn kids (and adults) into readers. How do I know this? Because people have told me so:


The most fulfilling moments of my writing career have come from learning I’ve connected with readers in a meaningful, emotional way—from discovering I’m making a real, concrete difference in peoples’ lives. Even if my stories do nothing more than give a neglected kid a few hours of escape, I feel I’m contributing something positive to the world. Will you help me do that?

For a long time, I was able to write during the winter and run my small landscaping company the rest of the year. But when I launched my publishing business in 2011, it became necessary to write year-round, squeezing it in when it was too rainy to mow lawns, or on my unpredictable days off. I’m not simply a writer who has a day job. I’m running two demanding businesses, which means I can’t just walk out the door at the end of the day and leave work behind. I barely manage to meet my self-imposed publishing deadlines, and I have little time for the marketing necessary to get my books into the hands of the kids who need them. Every choice I make regarding what to do with my time means letting something equally important go undone. Despite this, I’ve managed to release a total of nine full-length novels over the past five years.

My personal time is practically non-existent. I never get a full weekend. For me, a day I’m not landscaping is an opportunity to write. My greatest bliss is taking my laptop to the river in the summer and staying till sunset, working on a book as I watch dogs frolic, kids swim, and boats drift by. I like being busy, and I’m actually quite happy to spend the majority of my free time writing, but pushing myself this hard is having a detrimental effect on my creativity and leads to mistakes.

They say a successful writing career is a marathon, not a sprint. I’ve been sprinting for five straight years. I need a change. The trouble is, I’m not a commercial success. I'm simply not able to dedicate the time needed to use proven marketing techniques.

To be successful in my writing career, I need to stop landscaping. But the only way I can do that is if people like you, people who believe in my books, help out. I’m not greedy. To me, money is simply a tool. I don’t need a ton of it any more than I need a half-dozen shovels or fifty-bajillion weed-whackers. I’m only asking for enough to pay my bills so I can devote myself fully to my passion. A mere two thousand dollars a month would allow me to write full time. Another thousand on top of that would let me market to the teachers and librarians who act as intermediaries in getting books into the hands of kids. A final thousand dollars a month would make it possible for me to hire someone to do that marketing for me so I could invest all my creative energy in writing.

If you and 1,999 awesome individuals like yourself were each to donate one slim dollar every month, I’d meet my first goal. If you were to donate three dollars, I’d need just 665.6 other patrons. And if you donated five dollars, I’d only need 399 other patrons (plus you’d save that poor, unfortunate .6 person from becoming a decimal point.) In addition to helping me and the kids who read my books, you’ll also get the cool rewards described in the right side bar (each of which is named after an amazing cat I have known).

A boy reads Running Wide Open during a race.

Are you willing to help me help kids by becoming a patron? If so, just click the big orange button at the upper right.

If you aren’t comfortable with a monthly payment, or you want to give more in one lump sum, you can also donate through PayPal: https://www.paypal.me/LisaNowakAuthor.

Thanks for taking the time to read my Patreon page!