Patrons who donate $5 or more will be invited to weekly livestreams with LittleKuriboh where he watches episode of Yu-Gi-Oh live with you.  In addition, these pledgers will receive a free copy of our kinetic novel, Marik and Bakura Go To Censored Town (once confirming their age).

This level will allow you to be invited to voice chat with LittleKuriboh as he streams his reaction to Yu-Gi-Oh episodes weekly! All previous incentives included.

$15
per month
Join
This tier gives you a patron-exclusive 15% discount code on Shark Robot! Get your nerd on and get decked out with sweet shirts and posters. All previous incentives included. 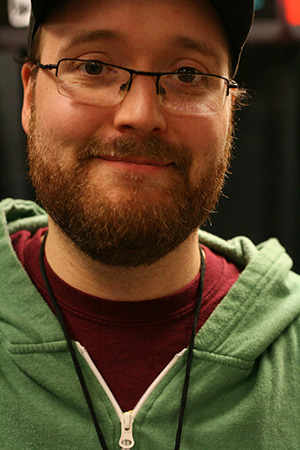 Martin "LittleKuriboh" Billany has been making parody shorts since 2006, when YouTube was in its infancy.  Since then, he has made hundreds of videos released only in his spare time.  He has been affectionately referred to as the "Father of Abridging", as he is responsible for starting the popular abridged movement on YouTube.

Now it's time to get serious about making video production his job.  For the last few years, his main source of income has been from conventions, professional voiceover work, as well as the occasional odd job.  However, because of this schedule, it's difficult to dedicate the amount of time necessary to making a lot of content regularly.  That's where you guys come in.


Where Is My Money Going?

Donating to this Patreon will allow us to do several things: 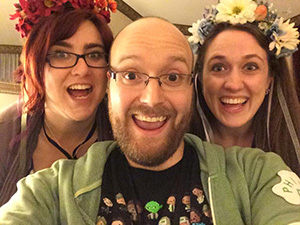 In closing, we wanted to say thank you.  We've only make it this far because of your support, and that means the world to us.  For everyone who's watched a video, attended our panels, or even emailed us just to say hello, you're the reason why we were able to continue and why we fight so hard to keep making content in the first place.  Not many people can say they have a fanbase as generous and as kind as you guys.